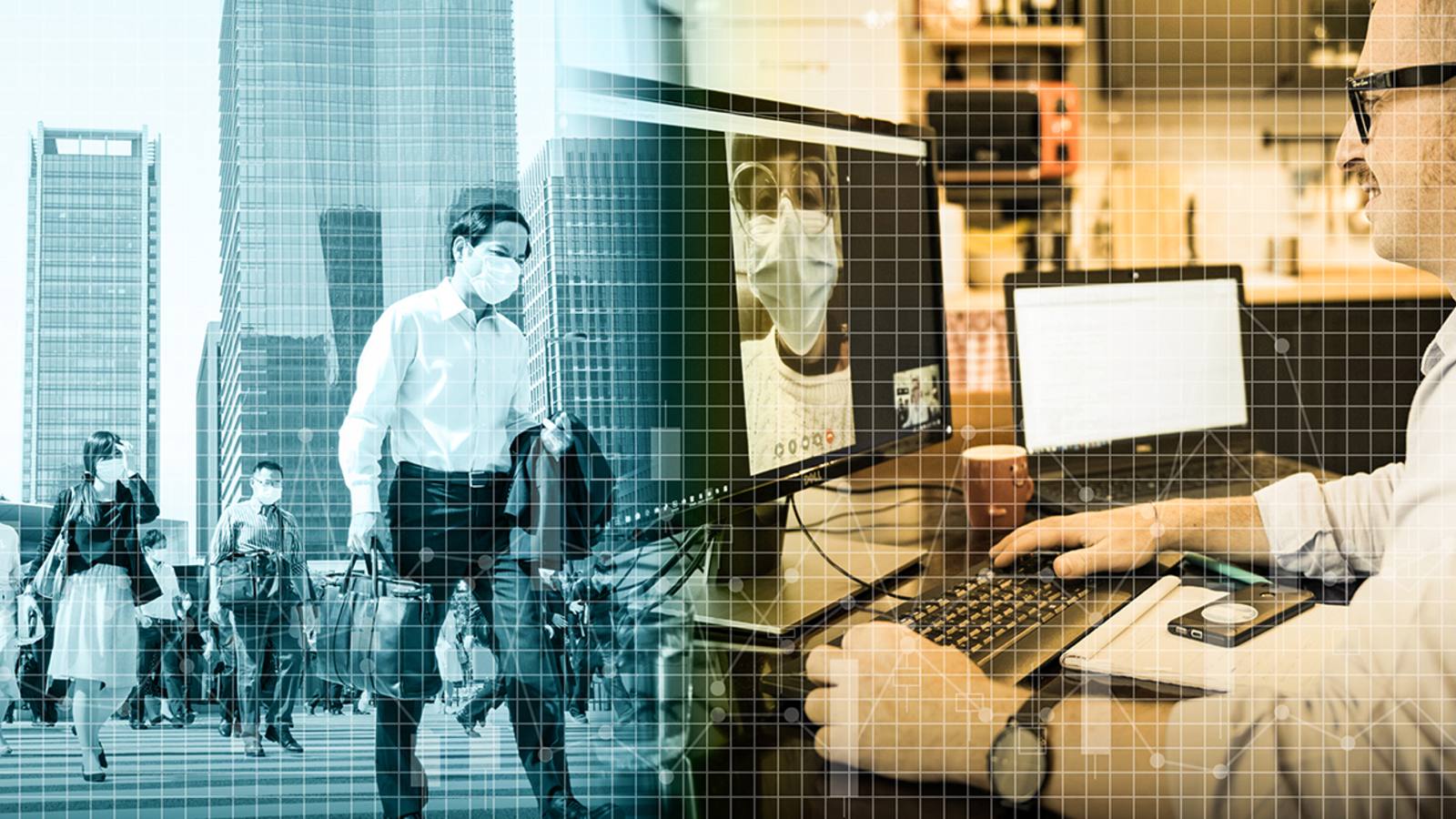 With corporate cash piles increasing and household savings continuing to rise, the government sector in Japan, the US and Europe absorbed a combined surplus of $34 trillion from the corporate and household sectors in the 30 years through 2018.
KAZUYA MANABE and YOHEI MATSUO, Nikkei staff writersNovember 10, 2019 02:02 JST | Japan
CopyCopied

TOKYO -- Households save money in banks. Banks lend that money to companies. Companies use the money to invest in factories, and the economy flourishes.

Such textbook flow of funds is collapsing.

Data shows that since the 2000s, companies in Japan, the U.S. and in Europe are turning away from the traditional business model of borrowing funds for capital investment in promising areas.

Meanwhile, as households keep piling up savings to prepare for a longer life span and an extended retirement, it is governments that are borrowing surplus funds at a furious pace.

So, where is this non-textbook economy headed?

The four players in a nation's economy are households, companies, government and the foreign sector. The corporate sector is primarily short on funds because companies are traditionally indebted and spend more money than they earn, according to flow-of-funds data.

The household sector has surplus funds, because households save money for the future. Through financial institutions, household savings are provided to companies via loans so that they can build plants and stores for new products and services.

This mechanism has traditionally underpinned economic growth. In the period from 1960 until the 1980s, Japanese and U.S. companies had fund shortages roughly equivalent to 2% to 7% of gross domestic product.

The situation drastically changed in the 2000s. According to the European Commission, the Japanese, U.S. and European corporate sectors shifted to a fund surplus, starting in 2002. In the period through 2018, they accumulated nearly $10 trillion, leading to businesses investing no more than the profits they earn. 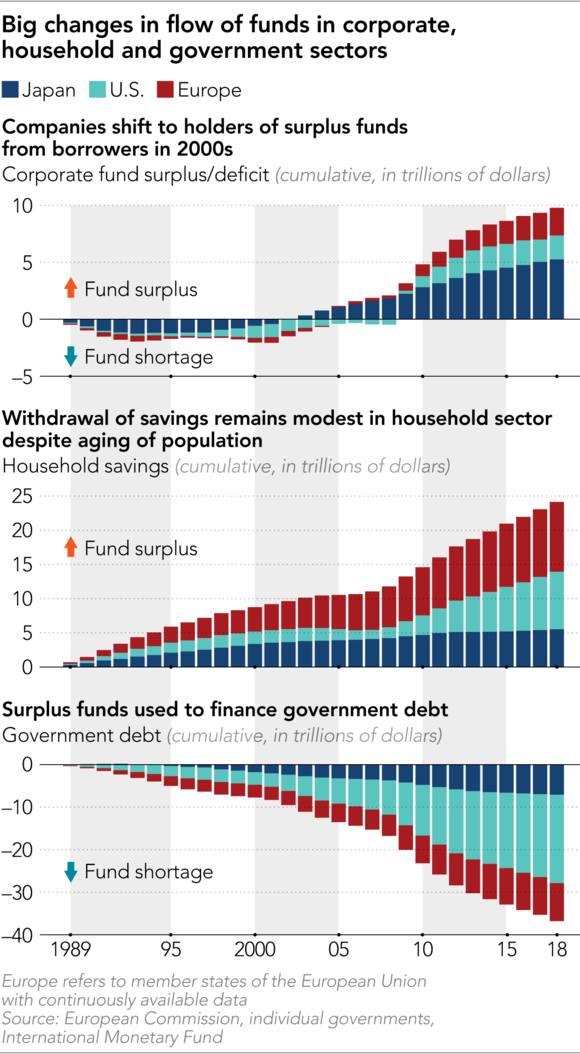 Japanese companies reduced debt and curbed investment after the country's financial crisis in the second half of the 1990s. American businesses have also kept large amounts of money on hand since the global financial crisis triggered by the Lehman Brothers collapse in 2008.

Changes in industrial structure are part of the reason. Manufacturing has largely shifted to emerging countries, and economic growth in the U.S., Japan and Europe is now driven by digital industries, which require less capital investment.

Alphabet, Google's parent company, has accumulated net cash flow of $100 billion over the past five years.

While there are concerns about swelling debt at companies with low credit ratings, they are offset as a whole by the piles of savings at healthy companies.

When companies do use cash these days, it is often for loan refinancing or speculative corporate acquisitions, which are unlikely to contribute much to organic growth.

In the household sector, meanwhile, surplus funds are growing as people save up. Although savings withdrawals should be happening in Japan, the U.S. and Europe due to their aging populations, the growing life expectancy has increased the amount of people working on and saving more money for their retirement years.

Governments, meanwhile, borrow in vast chunks. In the government sector in Japan, the U.S. and Europe, fund shortages totaled $37 trillion in the 30-year period in question, absorbing a combined surplus of $34 trillion in the corporate and household sectors.

Government bonds with negative interest rates are no longer a rarity and monetary policy relaxation has become a byword for economic development.

Olivier Blanchard, of the Peterson Institute for International Economics, played down the risk related to government debt, saying that room for fiscal deficit widens as interest rates are lower than the rate of economic growth. The proposal for an increase in fiscal deficit by Blanchard, a former International Monetary Fund chief economist, has sparked a widespread debate.

"It is difficult to opt for fiscal health as an economic policy because deflation occurs if economic stagnation is left unattended," said Toru Nakazato, associate professor of economics at Sophia University. "But there is a risk of an increase in inefficient spending and a fall in productivity."

At stake is whether governments can spend money in a better manner than businesses can to pave the way for economic growth. There also are concerns that government debt will snowball while long-lasting economic stagnation continues.