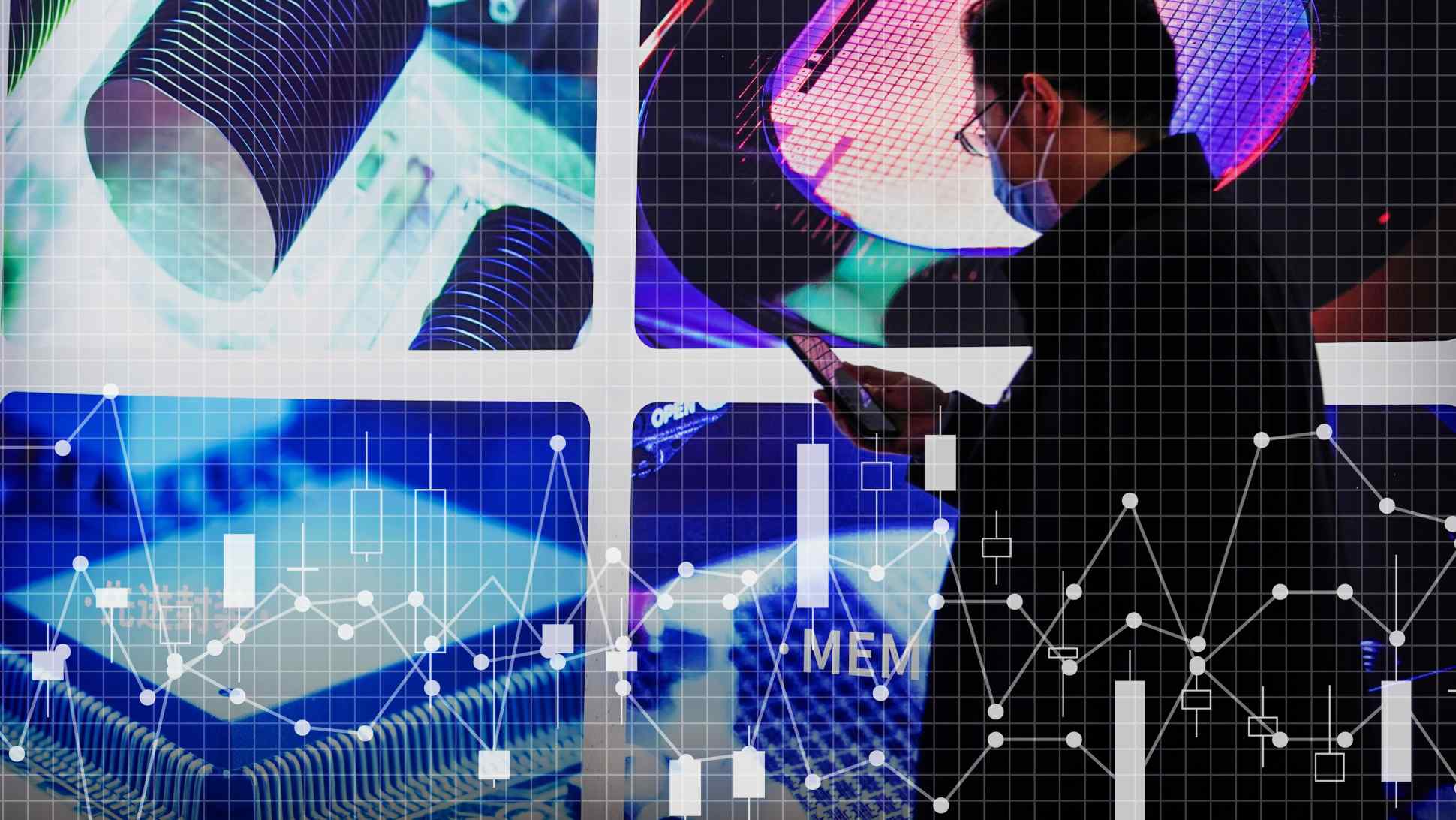 China is hoping to be able to produce 70% of the semiconductors it needs by 2025, as it tries to cut reliance on overseas manufacturers. (Source photo by Reuters)
Datawatch

Over-reliance on Asia has led some companies to repatriate production

Tokyo -- Despite a steep rebound in automobile demand, production has been hampered by problems in the semiconductor supply chain which is still struggling to return to full capacity after battling a pandemic, natural disasters, accidents and trade tensions.

In large part, the chip supply chain is snarled up because of the concentration of producers in a few countries, a situation that limits the dispersion of risks. Intel CEO Patrick Gelsinger recently stressed the need for a "more balanced supply chain," given that the current production of critical chips is concentrated in East Asia.

Chip exports from Taiwan, South Korea, China and other Asian economies excluding Japan increased to over 80% of the global market from 50% in the 20 years to 2019. Over the same period, exports from the U.S., Europe and Japan fell to less than 20% from 50%, Nikkei has learned.

However, semiconductor factories are being forced to suspend production one after another around the world.

Apart from the pandemic effects, many chip plants have also been crippled since the start of 2021 because of an extreme cold spell in the U.S. state of Texas and a fire at a factory of Japanese chipmaker Renesas Electronics. Semiconductors were already in short supply before and now, analysts forecast that automakers will have to cut back production of around 2.4 million vehicles or about 3% of what was expected for 2021. 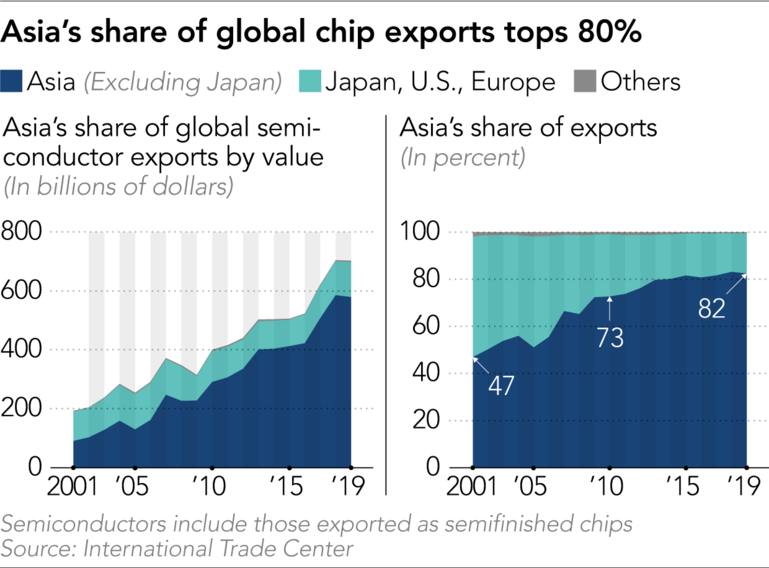 There is no respite in sight. Water shortage is becoming a new problem for the semiconductor industry. Taiwan Semiconductor Manufacturing, the largest contract chipmaker, has resorted to using water supply trucks because the island is in the midst of the worst drought in 56 years. South Korea's Samsung Electronics is also stepping up efforts to reuse water, which is key to the production of chips.

The fragility of the supply chain has been laid bare by these factors from which it is hard to bounce back quickly due to the structure of the industry.

Apart from the concentration of production in Taiwan, China and South Korea, another issue is that factories have grown much bigger in size, which opens up the industry to spillover effects when one suspends production. Manufacturing capacity per plant has roughly doubled from 2009 in Taiwan and South Korea and grown 1.4 times in Japan. 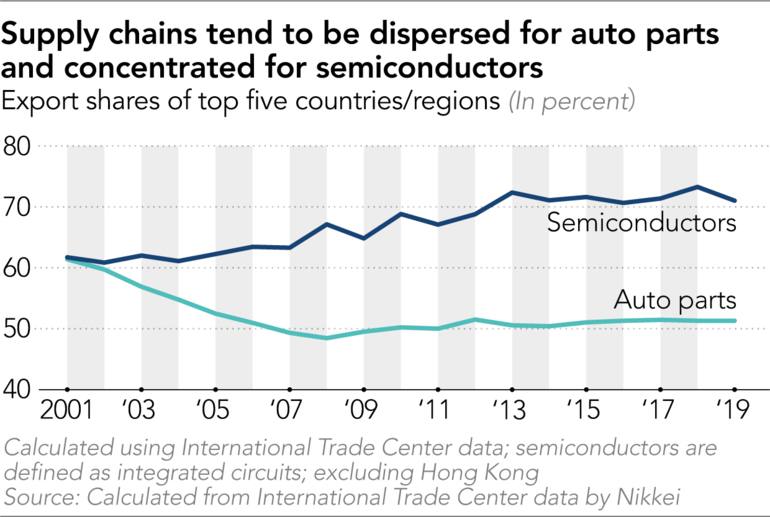 In addition to an increase in global demand, the consolidation of chipmakers has also resulted in bigger plants as companies rationalize production. Renesas, established through the integration of the semiconductor businesses of NEC, Hitachi and Mitsubishi Electric, had 22 domestic plants in 2011 but has since consolidated them into nine factories.

The pattern of exports and imports over the last decade also provides evidence of production concentration. Taiwan and South Korea logged huge gains in net exports, calculated by subtracting imports from exports, reflecting the continuation of large-scale investment.

Net chip exports -- or exports minus imports -- decreased in value in the U.S. in 2020 from 2010 as greater outsourcing of production resulted in an increase in imports. In Japan, net exports also declined in the decade.

Notably, China's chip imports doubled in the decade as it needed the supply to assemble motor vehicles, home appliances and various other products being manufactured in large volumes.

The situation could become China's Achilles heel as it tries to wrest world leadership from the U.S. It is stepping up measures aimed at boosting self-sufficiency in semiconductor production to 70% by 2025.

The U.S. is also moving to reshore chip production. For example, Intel will build two new factories in Arizona to produce semiconductors, including those for other chipmakers.

Europe is also planning to raise the output of next-generation semiconductors, while Japan is aiming to build factories to make cutting-edge chips.