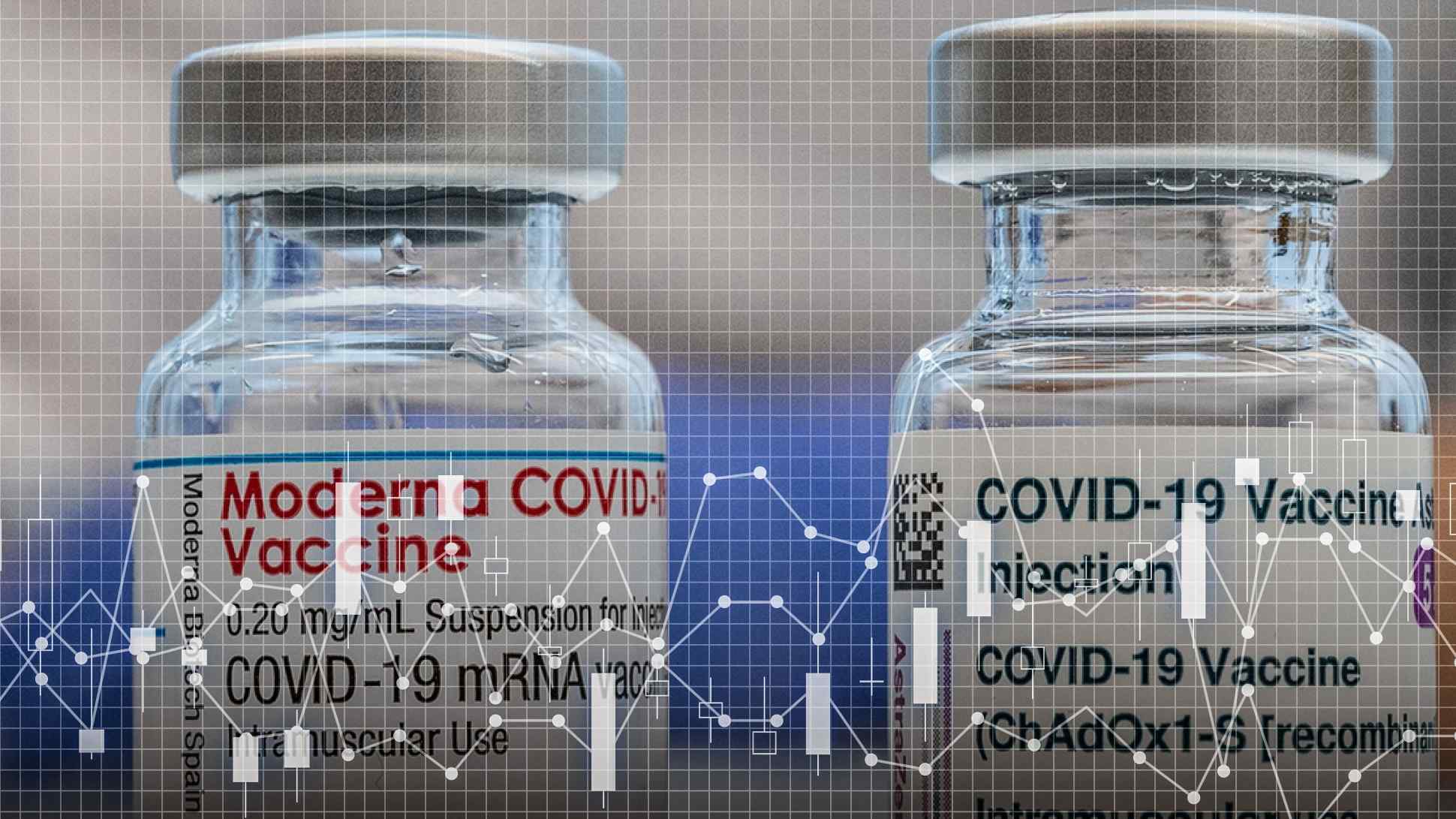 The imbalance in the availability of vaccines and supply shortages may worsen without international cooperation for smooth distribution. (Source photo by Reuters)
Datawatch

TOKYO/SEOUL -- Imbalance in COVID-19 vaccine supply is deepening around the world. The U.S., EU and other nations that produce and export vaccines have surpluses totaling more than 150 million doses, while shortages have caused delays in vaccination in many countries in Asia.

A mechanism under which countries having surplus vaccines supply them to those in need is indispensable to facilitate vaccination on a global scale.

The U.S. has donated 46 million doses to developing and other countries separately from domestic supplies, according to UNICEF. South Korea has concluded a swap deal with Israel to borrow surplus vaccines. However, the number of doses available under these and other arrangements is far less than that needed by countries around the world.

The imbalance in vaccine supply continues because production by pharmaceutical companies cannot keep up with demand, according to Anthony McDonnell of the Center for Global Development, a Washington-based nonprofit organization dedicated to reduction of global poverty and inequality.

Some countries are considering "booster vaccinations," or third doses, causing concern about further delays in settling the shortage. The imbalance in the availability of vaccines and supply shortages may become more serious without international cooperation for smooth distribution. Nikkei surveyed the number of vaccines procured and that of doses administered in 33 countries where related data are accessible, including the U.S., nations in Europe and India, to find out vaccine inventories.

In the U.S., vaccines for 390 million doses have so far been delivered to vaccination venues designated by the federal and state governments and 340 million shots have been administered, leaving some 50 million doses unused. Based on the recent number of vaccinations per day, the U.S. has about 100 days' supply of inventories.

In Europe excluding the U.K., a total of some 80 million doses or 25 days' supply remain unused, including 14.7 million in Germany and 10.6 million in France.

Countries that have taken a lead in vaccination, such as those where vaccines are produced, commonly hit the wall before achieving herd immunity with 70% of the population completing inoculation. The growth rate of vaccination has stalled just before 60% in Israel, while it is hovering around 50% in the U.S. and the U.K. Vaccine inventories have increased 70% in Europe over the past month because of a rise in the number of people shunning inoculation for fear of adverse side effects. There is a gap even among vaccine producing nations depending on whether priority can be given to domestic supply. India, where AstraZeneca's vaccines are produced, began to restrict exports in late March following a rapid spread of COVID-19 infections in the country. As a result, domestic inventories have increased to about 20 million doses, somewhat easing the sense of scarcity.

On the other hand, in South Korea, where the British company's vaccines are also produced, the number of people getting vaccinated has plunged to 100,000 per day from more than 800,000 in early June. This case reflects the country failed to decide the amount of production and destinations of allocation on its own.

The situation is more serious in other Asian and African nations relying on the supply of vaccines from abroad.

In Vietnam, only 0.3% of its population has completed inoculation because the country has been left behind in procurement of vaccines as a result of its initial success in containing the disease. Through COVAX, a worldwide initiative aimed at equitable access to COVID-19 vaccines, the Vietnamese government is stepping up procurement but has yet to secure the 150 million shots it needs to cover 70% of the population.

In addition, countries with surplus vaccines possibly want to keep them on hand for unvaccinated people in preparation for a spread of infections with the highly contagious Delta variant of COVID-19 first identified in India.

The accumulated number of inoculations administered around the world stood at 3.5 billion as of July 15, according to a joint tally by Nikkei and the Financial Times. For the world to gain herd immunity, 7.2 billion more doses are needed (in the case of completing inoculation with a second shot).

If the spread of Delta variant infections makes vaccination for a third time necessary, 12.6 billion doses, roughly four times as many as already administered, will need to be secured.

The U.K. and Israel are preparing for the third round of inoculation. Some emerging countries, which have administered Chinese-made vaccines, are starting to use American and British vaccines for second shot.