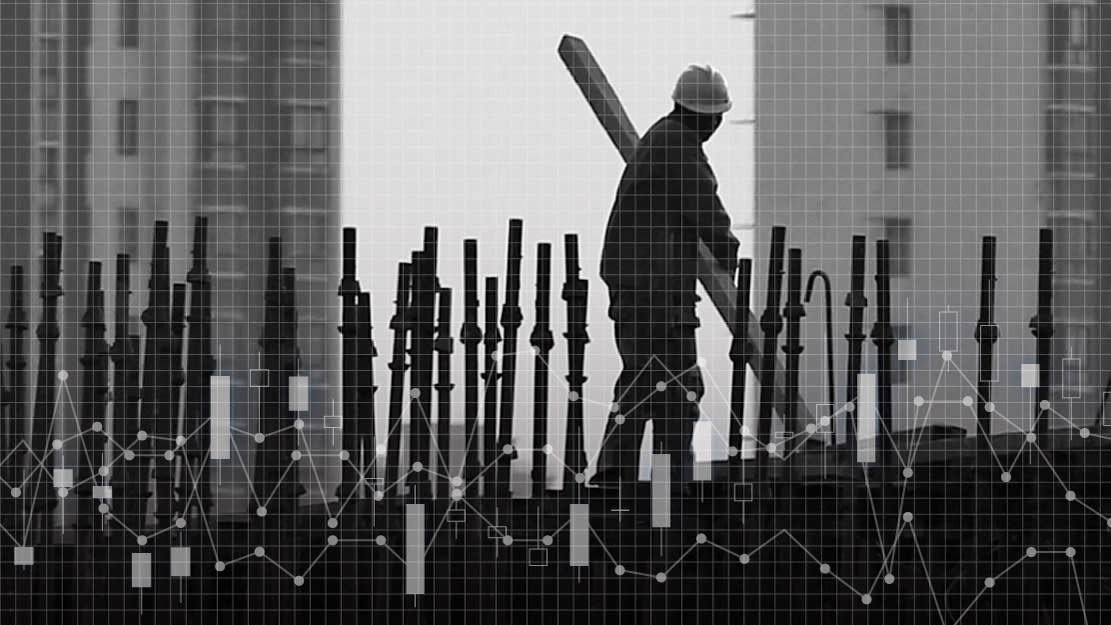 The first decrease in GFI in 10 years reflects the increasingly uncertain outlook for economic activity amid the trade war between the U.S. and China.
KAZUYA MANABE, Nikkei staff writerAugust 25, 2019 02:00 JST | China
CopyCopied

The number of new greenfield investment projects -- the factories, research centers and offices that a company builds when it enters a foreign country -- in the first half of 2019 dropped to the same level as in the second half of 2009, when the world economy was still smarting from the U.S. financial crisis.

To make matters worse, there is a disarray in international forums like the Group of Seven industrialized nations. In fact, a G-7 summit began on Saturday in France, but no analyst expects the leaders to agree on an effective prescription for the global malaise.

According to the Financial Times' database fDi Markets, the number of new greenfield investments, or GFIs, peaked at 8,152 in the January-June period of 2018, then decreased in the following two six-month periods, to 6,243 in the first half of 2019.

Withdrawals of overseas investments are also up. The U.N. Conference on Trade and Development, or UNCTAD, last month announced that the outstanding balance of global FDI, including funds raised through mergers and acquisitions, totaled $30.9 trillion in 2018, down 4% from the previous year for the first contraction since 2008. 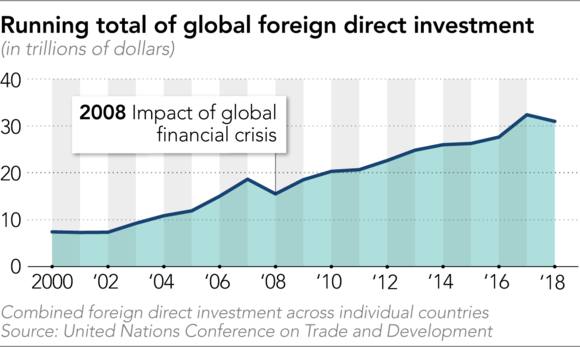 The first decrease in 10 years reflects an increasingly uncertain outlook for economic activity amid the trade war between the U.S. and China. For example, Delta Electronics, a Taiwanese producer of power-supply units, is increasing domestic production and decreasing its production ratio in China. Another example: Samsung Electronics has closed a smartphone plant in Tianjin, China.

Over the past decade, the ratio of "production" to all reasons for overseas business advances has dropped by more than 3 percentage points.

In the first half of 2019, business advances into China, Asia and Europe decreased 30% from a year earlier and those into Japan logged a drop of more than 20%. Although Africa is expected to mark a steep population increase as the "last frontier," GFIs on the continent scored a decline of nearly 10%. 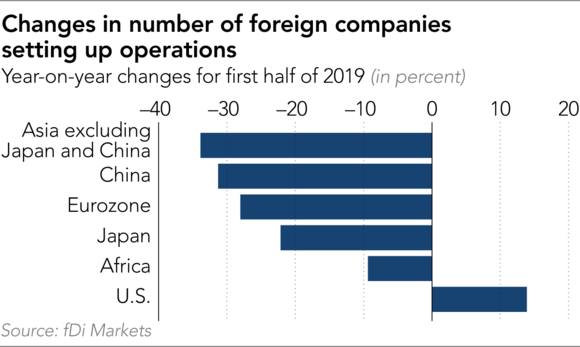 Increasing U.S.-China tensions over tariffs and technological hegemony are dampening business sentiments. The number of business advances into China from the U.S. in the first half of 2019 decreased more than 10% from a year earlier to 104. In particular, direct investments for the purpose of "production," such as building plants to take advantage of local inexpensive labor, decreased more than 30%, clearly reflecting the effects of higher tariffs imposed by the U.S. on imports from China.

The number of direct investments in the U.S. from China marked an even sharper fall of more than 50% to 30. In particular, investments for the purposes of designing and R&D plunged due to pressure created by strong U.S. concern about China in competition for technological hegemony.

Asia plays a core role in the global supply chain of electronic devices as a node between the U.S. and China. But the number of companies growing bearish about their operations in the region is increasing as no exit from the trade war between the world's two largest economies appears to be in sight.

The number of GFIs in the Asian region, including Japan and China, dropped to a 16-year low of 1,365 in the first half of 2019. Investments are sluggish almost across the board. Even in Vietnam, which is drawing strong attention as production shifts out of China to avoid higher U.S. tariffs, GFIs decreased 50%. Taiwan witnessed a 30% fall.

The findings suggest that while demand for electronic devices lacks vigor because of sluggish business sentiment amid the trade war, many companies are reluctant to build new plants in countries like Vietnam. Instead, they are trying to weather the weakness by making use of contract manufacturers already operating in these countries, or by raising the capacity utilization of their existing plants.

In contrast, the U.S. posted a 14% gain on an increase in the transfer of production facilities to the U.S. to avoid higher tariffs now that President Donald Trump has launched trade wars even with allies like Japan, Europe, Canada and Mexico.

In fact, the ratio of "production" to all reasons for GFI is 3 percentage points higher among companies that have made business advances into the U.S. than the global average.

Swedish commercial vehicle maker Volvo Cars has built its first U.S. plant in South Carolina, while DJI of China, the world's largest maker of drones, is considering setting up an assembly plant in the U.S.

In addition, the U.S. government has introduced a tax break to encourage American companies to bring back funds from abroad for domestic investment.

But the U.S. is not an optimum production base because wages in American cities are higher than they are in most major cities of other developed countries. They are 10 times higher than in Mexico. Digitization appears to be another factor behind falling global trade. With data-intense information technology businesses on the rise, the strategic significance of companies with large-scale production bases has faded.

General Motors of the U.S., in 2018 announced that it would close at least eight plants around the world, including in America, Canada and South Korea. As it cuts fixed costs, it is strengthening its research into artificial intelligence, a necessity in the coming age of autonomous driving.

The collapse of the Berlin Wall in 1989 kicked off a wave of globalization, with people, goods and money romping across national borders. Now, three decades on, there is adversity. Declining middle classes and yawning income gaps have become serious, especially in developed countries.

The roaring capitalism of the past 30 years is suffering a protectionist and populist hangover.

The headache is being aggravated by a global economy that no longer requires corporations to have a physical presence around the world. And the U.S.-China trade war is bringing more pain as it slows down corporations' overseas activities.

Globalization is shape-shifting, and the consequences remain unknown.