White appliance prices jump in Japan over past 10 years 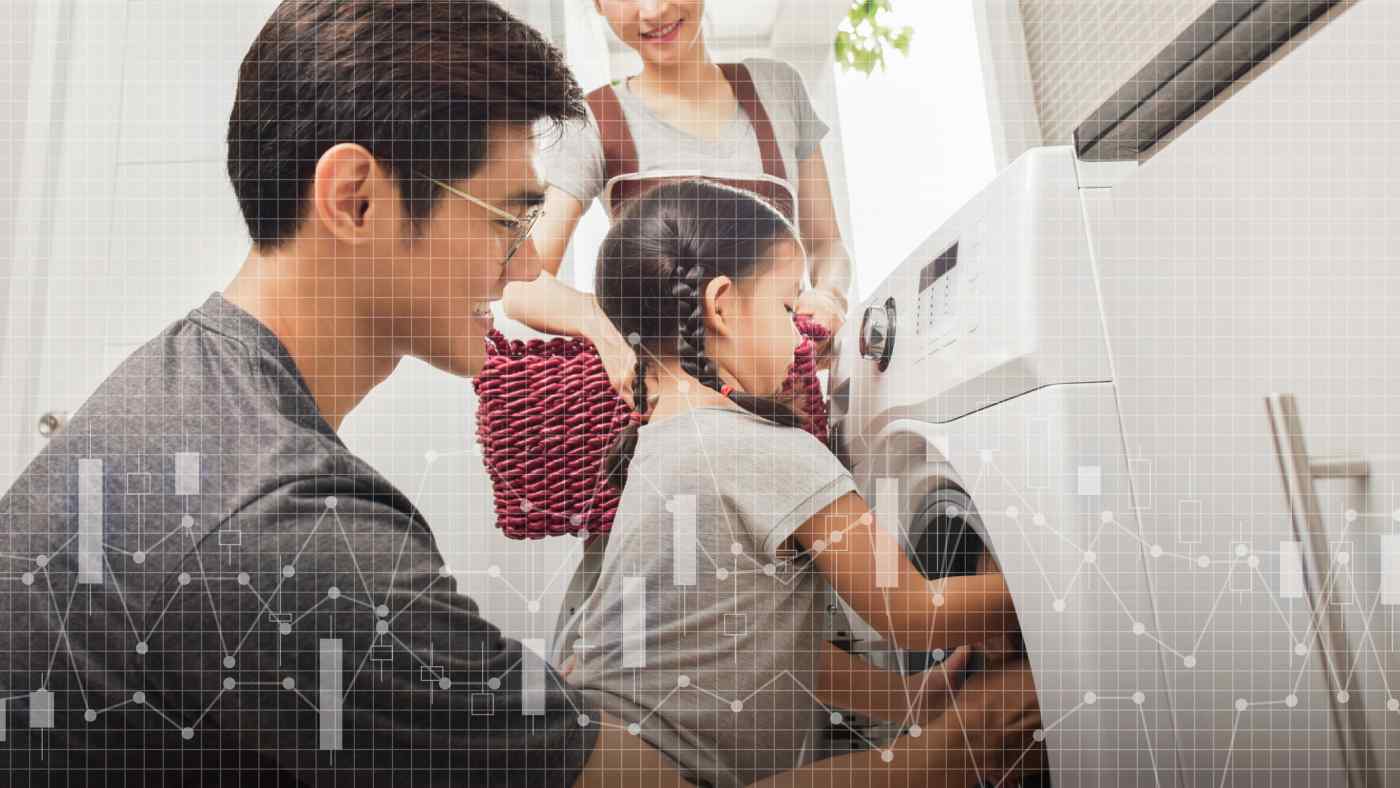 TOKYO -- Prices of refrigerators, washing machines and other "white goods" are rising in Japan, pushing up the earnings of domestic electronics makers.

The average price of washing machines has soared about 90% over the past 10 years, while air conditioners and refrigerators have risen about 20%.

Once the target of operational restructuring efforts by manufacturers because of their low profit margins, white goods are now being marketed in Japan as high value-added products. This is in contrast with television sets and other "black goods," which are facing fierce competition from South Korean and Chinese makers.

Prices climbed in all locales despite regional differences in price growth, the ministry said. In contrast, TV prices dropped sharply. Flat-screen TVs temporarily rose as high value-added products when they replaced picture-tube TVs, but plummeted to the price of their forerunners in 2010 due to widespread acceptance. The average retail price of TVs with liquid crystal displays stood at 48,243 yen in 2019, down about 50% from 2009.

The price plunge in TVs reflects intense global competition in the sector.

Widespread commoditization of materials has effectively made flat-screen TVs indistinguishable except for power sources. Following the lead of South Korean manufacturers such as Samsung Electronics and LG Electronics, Chinese makers like Hisense and TCL have entered the market. Japanese makers have tried to distinguish themselves from overseas rivals by introducing advanced functions ahead of the pack, but have since lost even this edge. A case in point is LG's organic light-emitting diode, or OLED, TVs featuring high-defintion 8K picture quality.

But Japanese refrigerator and washing machine manufacturers have been largely immune to foreign competition in the domestic market due to cost of exporting these heavy, bulky items. In addition, white goods -- unlike TVs -- require overseas makers to develop products that fit Japanese homes and lifestyles.

Many electronics makers in Japan have restructured their home appliance operations, with Toshiba even selling its appliance wing, Toshiba Lifestyle Products & Services, to China's Midea Group. Companies that have remained -- including Panasonic, Hitachi and Mitsubishi Electric -- have focused more on functionality than pricing to meet changing consumer lifestyles.

"Time saving" and "user friendly" have become keywords in the marketplace, especially as the number of two-income families rises -- up about about 20% over the past decade. This washing machine by Toshiba Lifestyle Products and Services, now part of China's Midea Group, can be operated remotely by smartphone.

In February 2019, Mitsubishi released an intelligent refrigerator at a retail price of about 290,000 yen. This was 102,991 yen more than the price of similarly sized refrigerators from rivals. Mitsubishi's product is equipped with artificial intelligence that predicts how users will consume ingredients, defrosting items in the freezer in a timely manner.

Meanwhile, Panasonic introduced a smart washing machine that can be controlled remotely via smartphone, including automatically adding detergent and other cleaning agents. The retail price of the unit is 380,000 yen -- about 110,000 yen higher than products with similar functionality.

The unit is selling well, according to an official from a large retailer, because consumers like the fact that "washing is done when they return home."

But experts question how long the trend will continue. Noting that home appliance replacement cycles are lengthening due to higher quality manufacturing, Toru Miyamoto, senior analyst at market research firm GfK Japan, said, "The pursuit of high functionality is reaching its limit."

As the country grays amid a sharp decline in birthrates, the domestic market has been drying up. The number of households is forecast to decrease about 5% in the next 20 years. Moreover, the large domestic brands are seeing rising competition from upstarts such as Iris Ohyama and its cut-rate appliances, along with the emergence of appliance sharing.