Alibaba and Tencent cash in on Southeast Asia e-payments boom 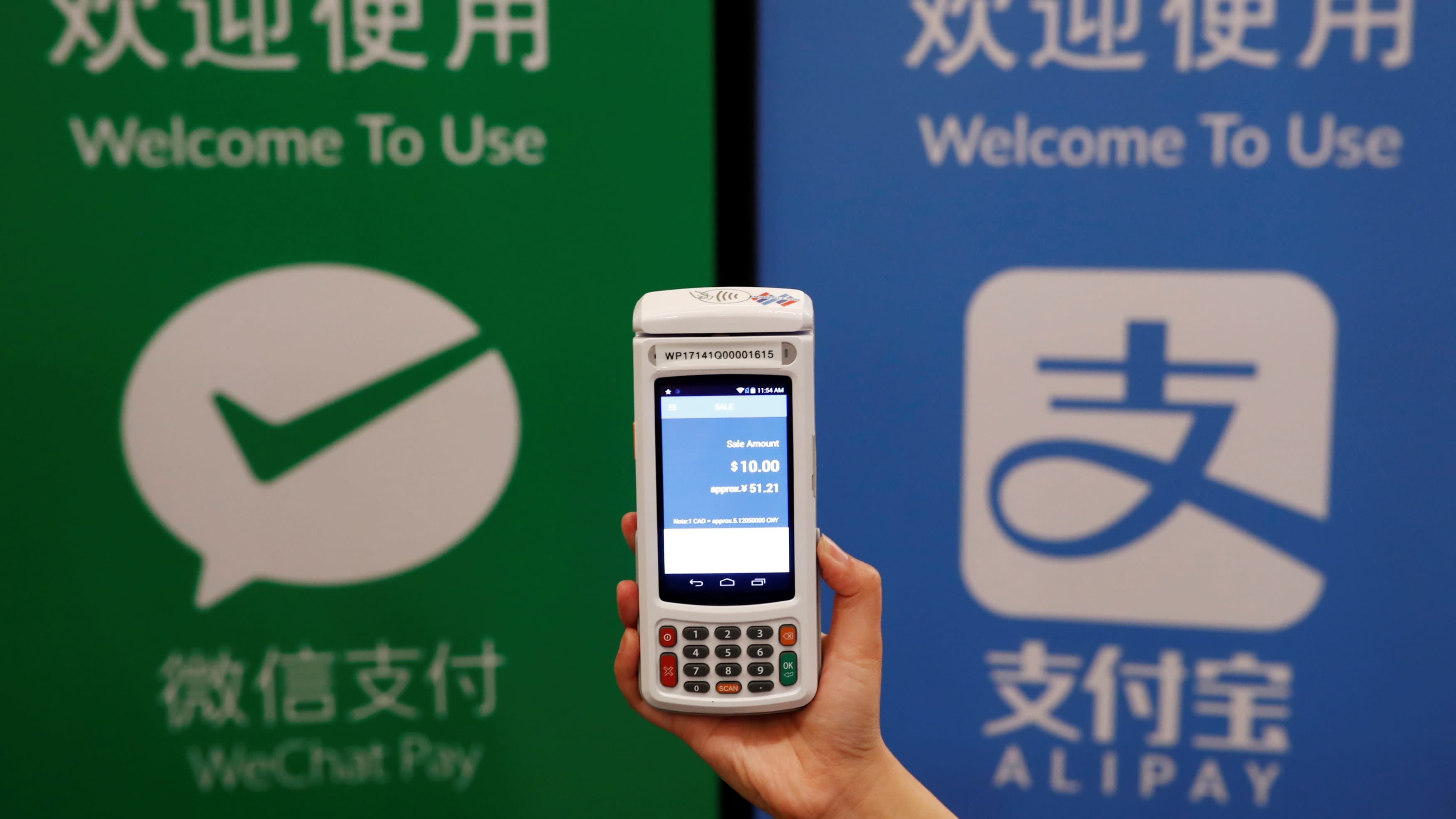 Alibaba and Tencent operate directly in only a few countries in Southeast Asia, but they currently back at least 11 digital payment brands or e-wallets in six nations in the region.   © Reuters
VALERIE LAW and QUYNH NGUYEN, DealStreetAsiaJune 26, 2020 14:48 JST | Southeast Asia
CopyCopied

SINGAPORE/HANOI -- Chinese tech groups Alibaba Group Holding and Tencent Holdings are entrenching themselves in Southeast Asia's booming digital payments market through a sprawling web of proxies, according to research by DealStreetAsia.

Data compiled by DealStreetAsia show that while the tech rivals operate directly in just a handful of countries in Southeast Asia, they back at least 11 digital payment brands or e-wallets in six key markets: Indonesia, Malaysia, Myanmar, Thailand, the Philippines and Vietnam.

Those indirectly operated e-wallet services reach a combined 150 million registered users and are often leading brands in their respective markets. While Tencent owns a stake in Gojek, the latter's GoPay e-wallet is not among those classified as backed by Tencent in the report due to the Chinese firm's limited influence on its strategy.

The proxies give Alibaba and Tencent valuable exposure to Southeast Asia's digital payments market, which Google, Temasek and Bain & Co have predicted will multiply more than five times in gross transaction value between 2019 and 2025 to $114 billion.

That projection may now look conservative in the wake of the COVID-19 pandemic as lockdowns and social distancing measures have turned the region's laggards into rapid e-wallet adopters.

Take Grab, for example. The super app operates the GrabPay wallet across the six countries surveyed by DealStreetAsia. The company says it experienced a significant rise in the number of first-time cashless users for GrabFood in February and March. Overall, it saw sharp growth in cashless penetration on its app within the first few weeks of social distancing measures and lockdowns. Government initiatives are also pre-selecting early winners in the e-wallet game. As part of Malaysia's e-Tunai Rakyat initiative to encourage the use of e-wallets, the government set aside 450 million ringgit ($105 million) to provide free credit to eligible citizens. It selected three e-wallet operators for the disbursement, giving them a head start in the local market in the process.

Close to 3 million Malaysians signed up for the initiative and about 66 million ringgit was disbursed in January, the country's finance minister told local media.

A similar story has unfolded in Vietnam. The COVID-19 pandemic, coupled with the implementation of cashless payments for public services, prompted non-cash transactions to grow rapidly during the first four months of 2020, according to data from State Bank of Vietnam.

While Alibaba appears to have an edge in Malaysia and Myanmar, Tencent seems to be ahead in Vietnam. Both camps seem somewhat evenly matched in the Philippines and Thailand.

Meanwhile in Indonesia, the regional largest economy, the Chinese titans may be the least of each other's concerns. There, homegrown super app Gojek rules with its dominant GoPay e-wallet. The service appears to have strengthened further with fresh investments from Facebook and e-payment group PayPal.

With a merger between Grab-backed OVO and Ant Financial-backed DANA reportedly being discussed, the contours of the local landscape may yet change. Such a combination is expected to overtake GoPay and emerge as the largest digital payments player in Indonesia. In Indonesia there are a number of strong local e-wallet brands, including GoPay and OVO. (Photo by Dimas Ardian)

User figures alone are not an indication of success in the end. As cash burn intensifies, e-wallets without healthy ecosystems and retention strategies are likely to face questions of survival.

In a sharp turnaround from the startup climate just a year ago, investors are unlikely to tolerate extended periods of losses and could pressure e-wallet operators to merge or exit. Already, the number of licensed e-wallet or e-money operators has fallen in the Philippines and Thailand since the end of last year.

The winner of the proxy battle between the two Chinese groups could yet lose the war for Southeast Asia as local competitors dig in.Platforms backed by well-heeled super app unicorns Grab and Gojek are stepping up pressure on Alibaba and Tencent in the region.

Government policies will remain a key wild card in the e-wallet space. Standardized national payment backbones could either help or shutter new players, while controls on fees that e-wallets can charge could squeeze the profit margins of smaller players.

Changes in the political climate could also influence near-term policies. Southeast Asian countries have been opening their markets to foreign players while China's government has been pushing for the internationalization of Chinese financial services. On the other hand, the coronavirus pandemic has forced governments to re-examine their dependence on China's goods and services.

As Southeast Asia's governments step up efforts to digitize their economies and boost financial inclusion, it is not surprising that they should push for their national champions to dominate entire ecosystems. This means that even if foreign companies are allowed to directly operate their e-wallets in a specific country, without deep pockets, they might find it hard to maintain their presence.

Access the report "Chinese tech giants' e-wallet proxy war in SE Asia" to find out the state of the market in each country where Alibaba and Tencent have backed e-wallets, as well as the regulatory and market trends that will shape the battle in the months ahead. (The report is only available to DealStreetAsia premium subscribers.)