Funding round nets $650m from SoftBank Vision Fund II, Accel US and others 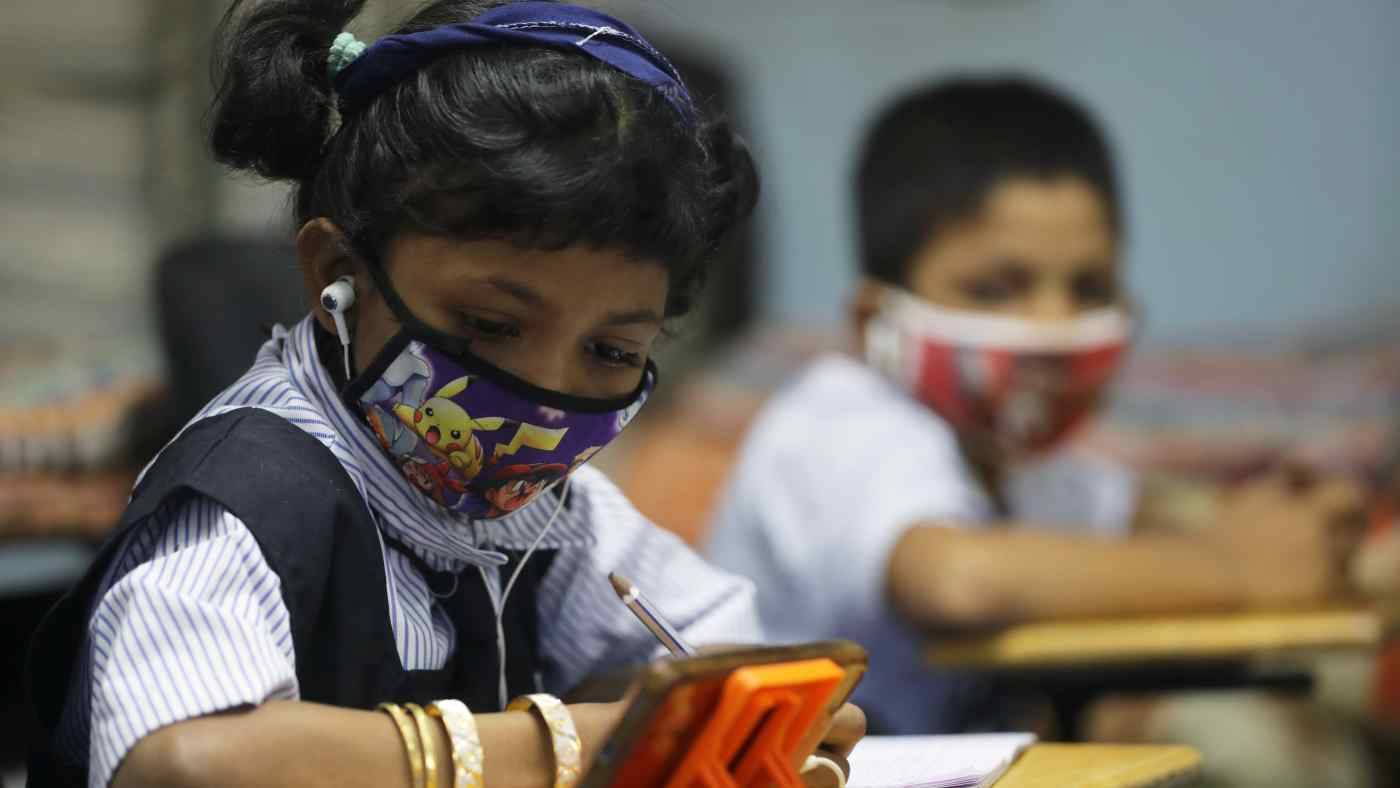 A student wearing a protective mask writes notes from an online lecture on a mobile phone, amid the spread of COVID-19 in Mumbai, India.   © Reuters
PRAMUGDHA MAMGAIN, DealStreetAsiaAugust 15, 2021 10:00 JST | India
CopyCopied

NEW DELHI -- Mumbai-headquartered Eruditus Learning Solutions, which offers executive learning programs, has become the sixth Indian startup to bag the unicorn tag this month after securing $650 million in a Series E funding round led by Accel US and SoftBank Vision Fund II.

With the latest funding round, Eruditus's valuation has jumped to $3.2 billion, the company announced on Thursday. The financing round, which is a mix of primary and secondary transactions, has provided an exit to early investors including Bertelsmann India Investments, Mint reported.

The latest round also makes Eruditus the fourth company in the Indian edtech space to join the coveted billion-dollar valuation club after Byju's, Unacademy and upGrad.

The company said it will use proceeds from the round to develop new courses in conjunction with university partners, create new products and industry verticals, expand its business catering to governments and enterprises, double down on new geographical markets, and fund acquisitions.

"With this fundraise, we're excited to scale our unique business model, continue to deliver strong learning outcomes, and grow our global impact at a rapid rate," said Eruditus co-founder and CEO Ashwin Damera in a statement.

Established in 2010 by Chaitanya Kalipatnapu and Damera, Eruditus offers management programs and short courses, in addition to an online curriculum. It claims to have delivered its courses to more than 250,000 individuals across 80 countries. Over the years, the company has also forged partnerships with a slew of foreign universities such as Columbia University, the Massachusetts Institute of Technology and Harvard Business School.

Eruditus reportedly raised $113 million in its Series D round a year ago. That round was led by Prosus Ventures, with the participation of new investors Chan Zuckerberg Initiative, U.S.-based edtech-focused fund Leeds Illuminate, Sequoia Capital India and Ved Capital.