Demand for online service rises amid coronavirus outbreak in Indonesia 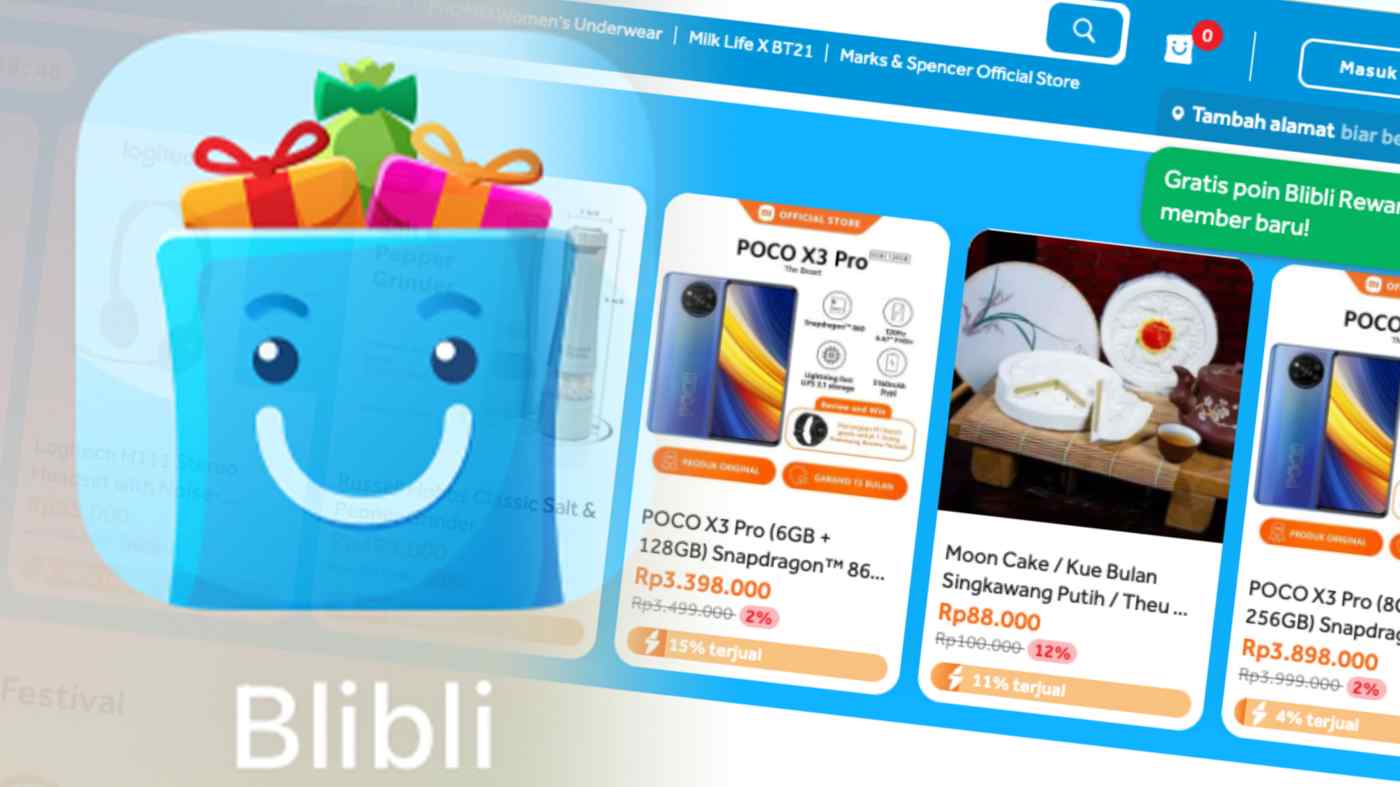 Blibli said it will buy around 797.88 million shares, representing at least 51% of the total issued and paid-up capital of SBL, from existing shareholders. (Screenshot from Blibli website)
CINDY SILVIANA, DealStreetAsiaSeptember 17, 2021 13:00 JST | Indonesia
CopyCopied

In a statement on Thursday, Blibli said it will buy around 797.88 million shares, representing at least 51% of the total issued and paid-up capital of SBL, from existing shareholders. It did not disclose the deal value.

"We believe that SBL's reputation, performance, and positive potential will strengthen opportunities in increasing market share, which ultimately spurs business growth for both parties," Kusumo Martanto, CEO and co-founder of Blibli, told DealStreetAsia.

SBL runs its grocery store chain under the premium brands, 99 Ranch Market and Farmers Market, and operates 53 stores across Indonesia. It also runs an online grocery called Get My Stores. However, the online grocery business contributed less than 1% to the total revenue of the company.

In the first half of 2021, SBL's net revenue declined 7.5% to 1.48 trillion rupiah. Its net profit also dropped 67% from 52.6 billion rupiah to 17.3 billion rupiah. According to a company disclosure in April, it lowered its 2021 profit target to 40 billion rupiah, forecasting weak market growth amid low purchasing power.

In 2019, Blibli established its offline business, Bliblimart, which has seen threefold growth in transactions, year on year, since then. Blibli also collaborates with several offline grocery stores, including Alfamart, SBL chain stores, South Korea's LotteMart and some small convenience stores.

Demand for online grocery services has risen amid the coronavirus outbreak in Indonesia. Based on a McKinsey report in 2020, more than 60% of Indonesians plan to continue shopping online even after the pandemic ends.

A Google, Temasek, and Bain & Co report last year stated that the online grocery sector is expected to grow at a much faster rate of 32% between 2020 and 2025, compared with other e-commerce segments.

The segment has also attracted investments from tech behemoths such as Gojek. The ride-hailing giant had acquired a 4.76% stake, worth $10.2 million, in Matahari Putra Prima (MPPA), the retail grocery business of Indonesian conglomerate Lippo, according to MPPA's filing with the Indonesia Stock exchange in May this year.

However, two sources told DealStreetAsia that Gojek owned more than 11% of the grocery chain under several vehicles.

Gojek's spokesperson declined to comment. DealStreetAsia has also reached out to Multipolar, a shareholder in MPPA.

Lippo Group chief John Riady revealed recently that the partnership between MPPA and digital companies including Gojek and Tokopedia has increased its online sales from zero to 10%. In Indonesia, Riady added, the e-commerce players realized that if they want to grow the fresh grocery market they have to collaborate with offline grocers.

MPPA has stores in 76 cities. Riady revealed that MPPA may use its stores as warehouses for GoTo, a company formed from the merger of Gojek and Tokopedia.