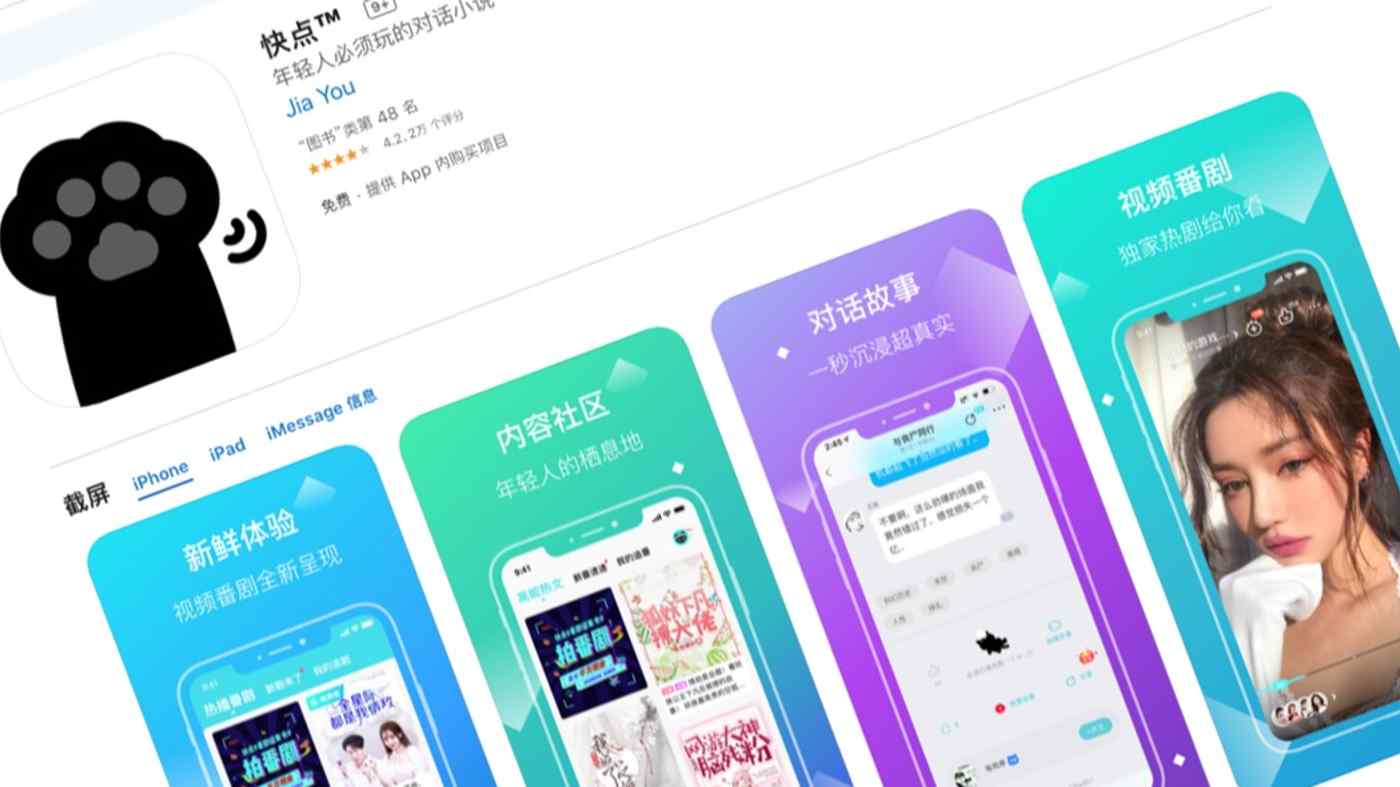 Kuaidian was launched in 2017 as a dialogue-based storytelling platform in China. It later enabled user-generated content and dubbing for novels, posting and friending, as well as hashtag creation. (Screenshot from Kuaidian website)
EUDORA WANG, DealStreetAsiaJuly 9, 2020 16:06 JST | China
CopyCopied

HONG KONG -- Kuaidian, a Chinese storytelling mobile app that offers an immersive experience through a dialogue-based text-message reading format, has closed nearly $100 million in a Series C round of financing led by Sequoia Capital China.

The Series C round, which was oversubscribed, saw the participation of Kuaidian's existing shareholders including global venture capital company GGV Capital, Chinese early-stage venture capital fund Morningside Venture Capital and other investors, according to a statement on Tuesday.

Proceeds from the new round will be used for the construction of the Kuaidian platform's content ecosystem, creation of more intellectual property, product optimization and team building. China's Each Capital served as the exclusive financial adviser for the deal.

Kuaidian was officially launched in May 2017 as a dialogue-based storytelling platform for the young generation in China. The platform later enabled user-generated content, or UGC, and other functions like dubbing for novels, posting and friending, as well as hashtag creation that leads to the customized recommendation of content.

The startup was rebranded from "Kuaidian Yuedu (which literally means "hurry-up reading" in Chinese)" to Kuaidian in 2019 after it entered into the short-form mobile series field, providing minute-long soap operas that can directly fit the vertical screens of mobile phones -- a business model similar to that of California-based Quibi.

With about five million daily active users, or DAUs, Beijing-based Kuaidian said that over 30,000 UGC-based short-form mobile soap operas are currently available on its platform and about 70% of its users have purchased the video content.

The company generates revenues from online advertisements and premium membership. It is targeting to launch 20 to 30 self-made mobile series this year.

In the past two years of development, Kuaidian has proved that dialogue-based online storytelling has "the lowest barrier" in content creation and production, apart from its benefit in "continuously encouraging the birth of a massive amount of valuable intellectual property," said Kuaidian's founder and CEO Zhang Rui in the statement.

In terms of user consumption, he said, short-form videos are proven to be the most suitable model to attract paying users.

According to Chinese third-party business data platform Tianyancha, Kuaidian raised tens of millions of U.S. dollars in a Series B round in September 2018. The previous round was backed by GGV Capital, Morningside Venture Capital and DCM, a venture capital company that invests across the U.S. and Asia.

In September 2017, the startup secured $5 million in a Series A+ round from GGV Capital, Morningside Venture Capital and China-based Blue Lake Capital, a venture capital company that invests in enterprise services, consumer internet, and smart manufacturing.