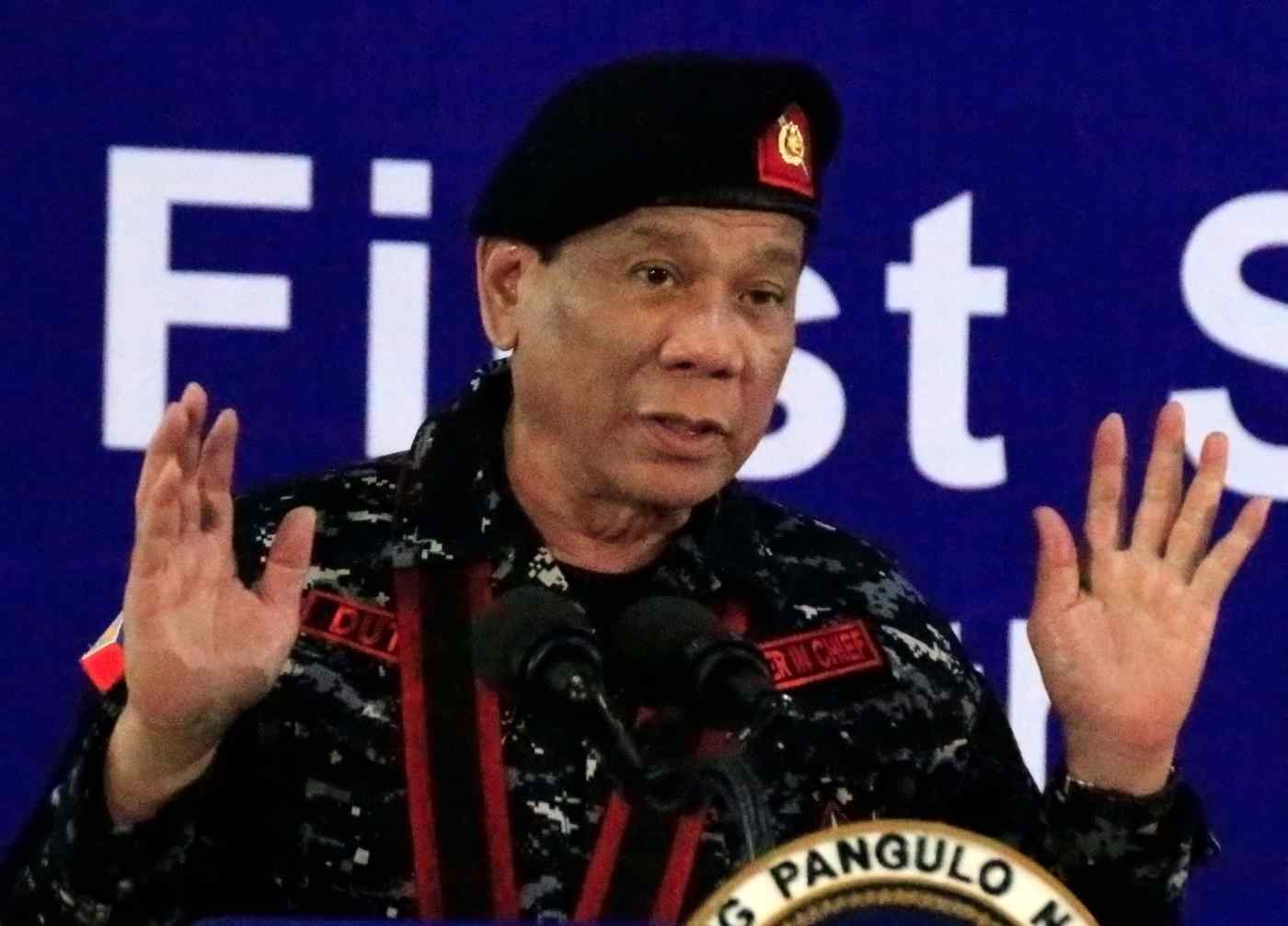 Just a few years ago, Southeast Asia seemed to be on an ineluctable path to democratic maturity. The region's nations, large and small, archipelagic and continental, and all with diverse religious and colonial heritages, appeared to be moving toward greater freedom amid robust economic growth.

Today, however, we see a completely different picture. Despair about democracy's future has gone hand in hand with a resurgence of autocratic regimes and a growing popular preference for strongmen.

Almost overnight, democratic nations such as the Philippines have turned into cutting-edge laboratories for 21st century proto-authoritarianism, or "authoritarian fantasies." President Rodrigo Duterte stands at the heart of this surprising phenomenon.

In fact, what we see today is a more aggressive and brutal assertion of so-called "Asian values," a largely discredited ideological narrative advocated by prominent regional leaders in the twilight decades of the 20th century. In a disturbing turn of events, prosperous Southeast Asia is rapidly turning into a cockpit of autocracy.

Flash in the pan

Not long ago, reformist leaders led Indonesia and the Philippines, the region's two most populous nations, and presided over both democratic deepening and rapid economic expansion.

Constituting almost half of the region's population, the Philippines and Indonesia stood as beacons of hope for a more prosperous and free Southeast Asia. Even autocratic regimes began to show weakness.

In Malaysia, the sclerotic hegemony of the United Malays National Organization was directly challenged by an energized opposition, led by former Deputy Prime Minister Anwar Ibrahim.

The picture looked even rosier beyond archipelagic Southeast Asia. Myanmar experienced its own political spring, with the newly freed democracy icon Aung San Suu Kyi steering the National League for Democracy straight to the halls of power.

In the early years of this decade, one could confidently claim that contemporary Southeast Asia unmistakably rejected of the "Asian values" argument, which has three inter-related assumptions.

First, that the principles of human rights and democracy are not universal, but instead purely Western constructs, which should not be imposed on Asian societies. Second, Asian societies prioritize communitarian values and deference to authority above individualism as well as independent thought and action. Lastly, state and society are indivisible. Consequently, opposition to the state is tantamount to an assault on the larger society.

The policy implication is that liberal democracy can act as an impediment to collective stability and national development and so makes authoritarian leadership necessary. Former Malaysian Prime Minister Mahathir Mohamad openly rejected liberal democracy as an inherently dysfunctional system, which will "result in a stalemate, in no government at all, in anarchy."

He has repeatedly warned of "too much democracy," since it "will not permit development to take place for the people to enjoy the benefits of freedom and the rights that democracy promises." In a similar vein, Lee Kuan Yew argued, "The exuberance of democracy leads to undisciplined and disorderly conditions," often citing the Philippines' freewheeling politics and anemic economy as a cautionary tale.

Both leaders, however, were accused of forwarding an amorphous and self-serving ideology to justify their repressive policies amid widespread international criticism. A host of prominent figures, from the Nobel laureate economist Amartya Sen to Nobel Peace Prize winner and South Korean president Kim Dae-jung, ably dismantled any claims to a supposedly monolithic "Asia" with a singular politico-ideological heritage.

The 1997 Asian financial crisis heavily undermined autocratic regimes in Southeast Asia, largely sapping the influence of outspoken authoritarian leaders such as Mahathir and Lee. The economic success of democratic Indonesia, Thailand and the Philippines, not to mention South Korea and Taiwan, further undercut their arguments.

But the rise of right-wing populists is once again resuscitating the long-forgotten debate. In the past year and half, Duterte, arguably the most prominent leader in the region, has openly rejected human rights and democracy as Western principles imposed via modern imperialism.

However, rather than engaging in sophisticated semantics, like Lee and Mahathir, he has cussed at his critics with verve and vigor, for example, in hitting back at Western powers such as the U.S. and the European Union, for opposing his scorched-earth war on drugs. As the current chair of the Association of the Southeast Asian Nations, he has advanced a regional policy agenda that emphasizes draconian anti-crime measures, marginalizes discussions of human rights and democracy, sanctifies national sovereignty and the principle of noninterference in the domestic affairs of Southeast Asian states, and promotes economic integration in a "distinctively ASEAN way that will guide us."

His defiant rhetoric has emboldened regional autocrats and rekindled undemocratic practices across the region. In dramatic reflection of a "Duterte effect" across the region, even Indonesian President Joko Widodo has adopted a Duterte-style rhetoric of "narcotics emergency" and the need for a shoot-to-kill approach to drug suspects.

In nondemocratic Southeast Asia, an even more disturbing picture has emerged. From Malaysia to Cambodia and Thailand, autocratic regimes are aggressively snuffing out opposition from existence. In Myanmar, the junta has waged a campaign of extermination against the minority Muslim Rohingya group. All the democratic gains of the past decade have been virtually wiped out.

According to the latest Pew Survey, 50% of those in the Philippines and 52% in Indonesia prefer a capable and decisive "strong leader," who does not bother with democratic checks and balances.

The success of authoritarian populism is the result of the failures of Asian liberal democrats to translate political freedom into law and order as well as effective delivery of public services to the broader population. Instead of just taking the moral high ground against autocrats, regional liberals should advocate for an inclusive and grassroots-driven policy agenda, which addresses the basic needs of citizens and speaks to their yearning for safety and prosperity. After all, people do not only seek freedom, but also basic security and social justice.

It is precisely within this context that the rise of populists such as Duterte, and the growing traction of their macabre rhetoric, should be understood. Across Southeast Asia, once-promising nations are either moving in the direction of illiberal democracy (the Philippines and Indonesia) or full-fledged authoritarianism. We are likely witnessing a Southeast Asian democratic winter.

Richard Heydarian is a Manila-based academic, columnist and author; his latest book is "The Rise of Duterte: A Populist Revolt Against Elite Democracy" (Palgrave Macmillan).