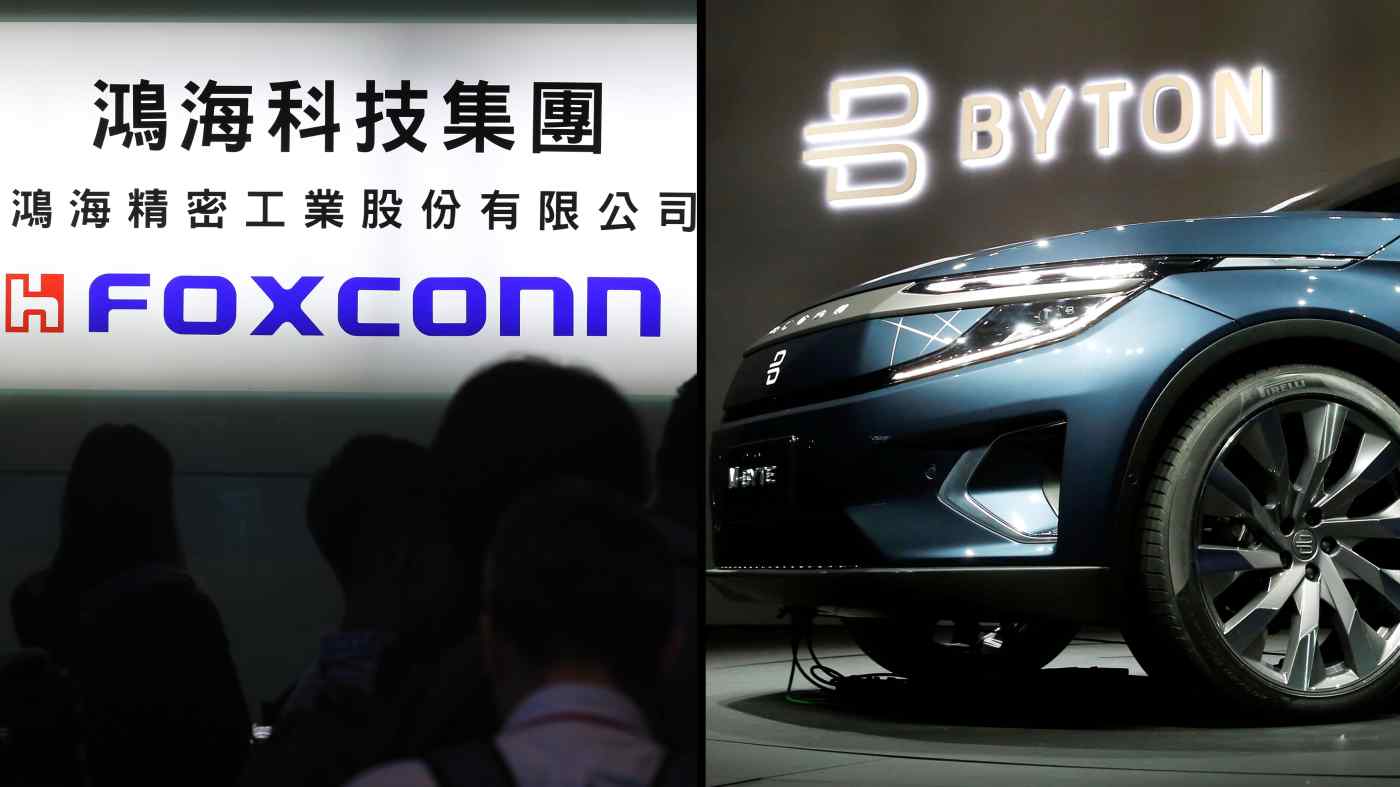 As part of a deal announced on Monday, Foxconn will give supply chain management and operational support to Byton, helping it to get its production plans back on track after it suspended operations in July amid financial difficulties.

The agreement underlines Foxconn's desire to find new fields of growth beyond the maturing smartphone market, particularly its emphasis on the EV industry. The world's largest contract electronics manufacturer announced a joint venture with Fiat Chrysler Automobiles in January 2020 to make electric cars in China for the local market, but that partnership has been delayed until Fiat completes its merger with French rival Peugeot.

Foxconn described its latest move as a "strategic collaborative framework" between itself, Byton and the Nanjing Economic Technological Development Zone. The government of the city of Nanjing is one of Byton's lead investors.

The arrangement promises to provide much-needed relief for Byton, which has furloughed all its China employees and suspended operations since July after an attempt to secure new funds failed.

Founded in 2017 by two former BMW executives, Byton was once seen as one of the "four dragons," the most promising EV startups in China, alongside Xpeng Motors, Nio and Li Auto. The company raised $1.2 billion from investors including Tencent Holdings and FAW Group, one of China's oldest state-owned carmakers, as well as the Nanjing government.

It had planned to start mass producing its first model, the M-Byte SUV, at an 800,000 sq. meter factory in Nanjing last year, but it is now uncertain when that plan will go ahead. The company also has offices in Hong Kong, Germany and the U.S. state of California.

The company blamed the Covid-19 pandemic for its financing woes and in July embarked on a six-month restructuring plan to turn its business around.

As part of that plan FAW and Nanjing formed a new company in September with registered capital of 1.5 billion yuan to raise funds for the production of the M-Byte, local media reported.

Foxconn said that with its support, Byton will be able to "accelerate its plans to mass produce the M-byte by the first quarter of 2022."

For Foxconn, the agreement is part of a concerted effort to diversify its business. Chairman Young Liu, who took over from company founder Terry Gou in June 2019, has identified electric vehicles as one of the key growth drivers for the electronics-making giant, along with semiconductors, servers, key components, robotics, 5G connectivity and artificial intelligence.

The Apple supplier in October launched an EV software and hardware platform -- the MIH EV Open Platform -- and invited tech industry suppliers and automobile suppliers jointly to develop EV specifications so as better to tap the growing market.

Liu has said Foxconn, which formally trades as Hon Hai Precision Industry, is aiming to control up to 10% of the global market for electric vehicle platforms by 2025 as it seeks to counter the slowdown in the smartphone industry.

Foxconn on Monday introduced the Hon Hai Research Institute in Taipei, the company's new R&D center for identifying emerging technological applications that have commercial promise. Liu said electric vehicles are a key area the R&D facility will focus on.

"I think there are definitely advantages for players like us in the information, computer, and tech industry to venture into the future electronics vehicle market," Liu told reporters at the launch of the research institute. "We have a great expertise in supply chain vertical integration and management. We also have built 30 years of capability in electronics engineering and a great pool of talent."

Traditional carmakers have the know-how for building cars but lack sophisticated supply chain management capability, the chairman said, while internet giants that wish to make EVs do not know how to make the necessary hardware.

Liu also said that the smartphone market is saturated and Foxconn must start looking for new sources of growth.

"With the mobile market mature, the industry only needs 70% of the engineering workforce to maintain those businesses. The remaining 30% of people could be tasked with looking for new growth opportunities."

"I think the tech players will have a big presence in the EV industry," he added.