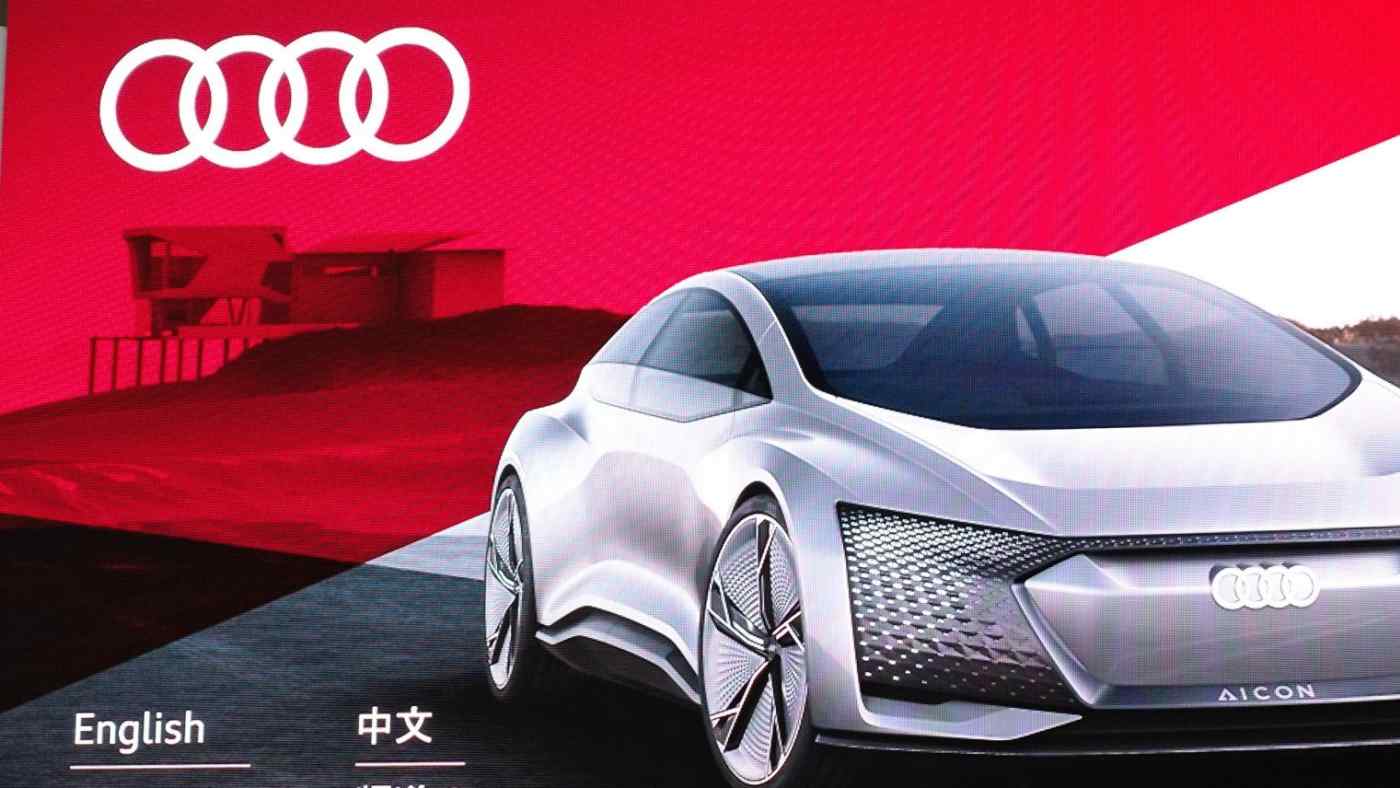 FRANKFURT, Germany -- Audi will launch 10 new sport utility vehicles in China by 2022 and work to repair soured relations with FAW Group as the German automaker rebuilds operations damaged by a dispute with the local partner.

Seven of the new SUVs coming to China will be built locally at a joint venture between parent Volkswagen and FAW. That would double the count of locally manufactured models from the current six. Of the 10 new SUVs, four will be electric vehicles, and all of those are slated to be produced in China.

SUVs now account for over 40% of Audi's sales in China. The global unveiling of the automaker's new flagship Q8 SUV is scheduled for June in Shanghai. For the Q2 and Q5 SUVs, Audi will release long-wheel-base versions exclusive to the Chinese market featuring large cabins.

Audi began Chinese production in 1988, becoming the first foreign luxury brand to do so. But its business there has suffered of late as its dispute with FAW has morphed into a boycott by affiliated dealerships.

China is the most important market for Audi, making up about a third of its global sales. But even as the country's luxury car market grows, Audi's sales there increased just 1.1% to 597,000 units in 2017. It was dethroned by Daimler's Mercedes-Benz, whose sales, including of the Smart brand, surged 27%. And BMW, another compatriot, is catching up with a 15% jump in sales. Audi's woes stem from its dispute with FAW. Back in autumn 2016, amid a slowdown in its growth in China, Audi reached an agreement on production and sales in that country with SAIC Motor, joint venture partner of parent Volkswagen.

But FAW dealers strongly objected to Audi's deal with SAIC, a fellow state-owned enterprise and rival, leading to a standoff in which FAW dealers refused to accept vehicle deliveries. Audi's sales for the first half of 2017 fell 12% on the year.

To repair its relationship with FAW, Audi signed memorandums of understanding last month to establish two new joint ventures with the Chinese automaker.

First, Audi will hand over sales of its vehicles to a new subsidiary under joint venture FAW-Volkswagen. Another new joint venture will handle "Audi on demand," a car-renting scheme that allows users to ride multiple Audi models. Another pillar of Audi's strategy going forward is to introduce roughly 20 types of rechargeable vehicles by 2025. More than half of those will be electric vehicles, including the SUV "e-tron." Built in Audi's Brussels plant, the e-tron can travel 500kms on a 30-minute charge.

The introduction of the 20 rechargeable cars are aimed to adapt to China's New Energy Vehicle (NEV) mandate, which forces automakers to obtain a new-energy vehicle score that amounts to 10% of the conventional passenger vehicle market in 2019 and 12% in 2020.