BYD to start selling in-vehicle batteries to other companies 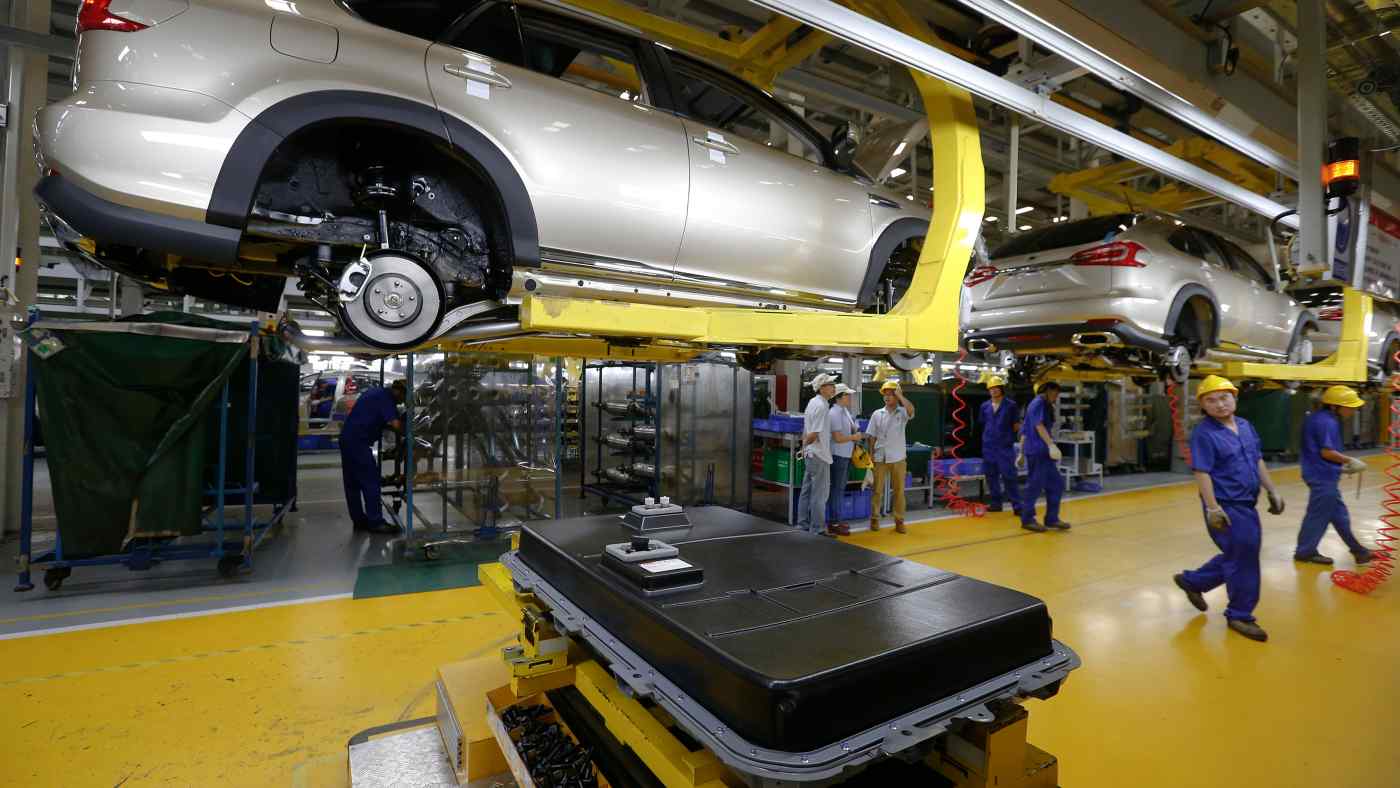 A battery is installed in a car at a BYD plant in Shenzhen: BYD aims to expand the scale of its battery manufacturing business.   © Reuters
YUSUKE HINATA, Nikkei staff writerApril 3, 2021 00:43 JST | China
CopyCopied

GUANGZHOU -- Major Chinese electric vehicle manufacturer BYD will start selling in-vehicle batteries to other companies as early as the second half of this year, Nikkei has learned.

The move comes as BYD seeks to expand the scale of its battery manufacturing business by supplying other companies, instead of simply using the key EV component it produces in its own products, and thereby further boosting production efficiency.

BYD is also seeking to catch up with China's Contemporary Amperex Technology, or CATL, and South Korea's LG Chem, which are both stronger competitors in the battery market.

The company will specifically supply other automakers with an in-vehicle lithium-ion battery developed by its battery subsidiary Fudi Battery. However, details are unclear, including specific buyers and sales prices and targets.

The move marks a significant policy shift for BYD as the company has so far rarely sold in-vehicle batteries to other companies, except for joint ventures with some automakers and for commercial vehicles.

It manufactures batteries and semiconductors as well as EVs and also exports electric buses to many foreign countries. But it faces tough competition from stronger rivals in both the electric passenger car and in-vehicle battery markets.

The company wants to enhance its competitiveness in procurement and boost production efficiency by expanding the scale of its battery business.

Li Yunfei, vice-general manager of BYD's sales subsidiary, said in an interview with Nikkei that the possibility of listing the shares of Fudi Battery alone to speed up the business expansion was not being ruled out.

On March 29, BYD announced financial results for its year ended in December 2020. Sales rose 26% from a year earlier to 153.4 billion yuan (about 2.5 trillion yen) and net profit surged about 2.6-fold year-on-year to 4.2 billion yuan.

BYD's robust business performance in the last financial year was driven by strong sales of its new EV product, which was released in the second half of 2020, and its firm smartphone parts and assembly-related business.