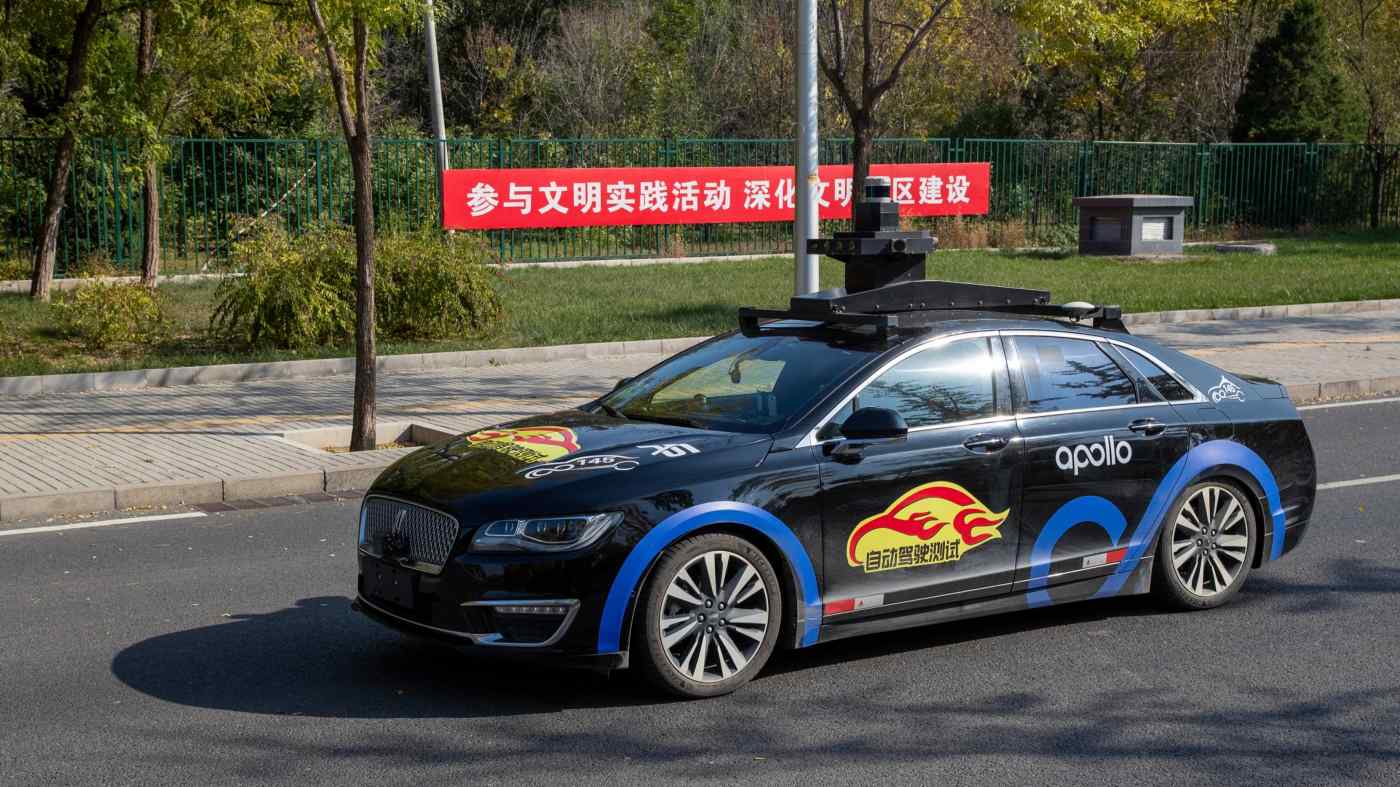 The move positions Baidu as the latest Chinese challenger to Tesla at a time when investors are sending shares of the Elon Musk-led company and its rivals soaring, and making the American entrepreneur the world's richest person.

"I do not think Baidu is too late," said Le Tu, managing director of Beijing-based Sino Auto Insights. "It is still very early in the EV and connected vehicle transition."

Baidu brings some advantages to the race. The company has been a leading player in the development of autonomous driving technologies in China and operates the country's largest self-driving fleet, which includes robotaxis available for public use in Beijing and other cities.

Until now, Baidu's automotive efforts have been focused on providing technologies to other car companies, a similar approach as that of Alphabet's Waymo. Baidu's open-source software platform Apollo has attracted partners including Toyota Motor, Honda Motor, Volkswagen and Ford Motor, as well as American chip companies Intel and Nvidia.

"We believe that by combining Baidu's expertise in smart transportation, connected vehicles and autonomous driving with Geely's expertise as a leading automobile and EV manufacturer, the new partnership will pave the way for future passenger vehicles," Robin Li, co-founder and chief executive of Baidu, said in a statement.

Subsidiary Geely Automobile Holdings said on Monday in a statement to the Hong Kong Stock Exchange that it is not a party to the Baidu deal and not providing financing, but it did not rule out later cooperation with the internet company.

Geely Auto shares rose 19.6% in Hong Kong on Friday amid reports it would tie up with Baidu, but they retreated 2.6% to HK$32.40 on Monday after the clarification. Baidu shares rose 15.6% on Nasdaq on Friday.

Baidu will be able to get into EVs faster and more cheaply by drawing on Geely's factories and potentially its distribution network, Sino Auto's Le said, while warning that the venture could turn off some Apollo partners.

"This should give every partner they have for the Apollo program pause because they have just essentially announced that they will be competing directly... for the same customers, data and monetization opportunities," he said.

Despite being a latecomer, Baidu's entry is expected to intensify the already fierce competition among Tesla and domestic players. While Baidu did not offer a timetable for rolling out models or quantify its investment, it typically takes a few years for a new company to bring vehicles to market.

Domestic startups Nio, Xpeng Motors and Li Auto -- each listed in the U.S. -- have rolled out multiple models and operate their own factories. Traditional manufacturers like BYD and SAIC Motor also are accelerating their launches of new EV models as China wants electrics to make up 20% of all car sales by 2025.

Nio, whose market value rose more than 12-fold in 2020, launched the ET7, its first sedan, over the weekend. The company claims the model's premium version can be driven 1,000 km on a single charge. Nio already has three SUVs on the market.

Other big companies from outside the sector also are eyeing the market.

Property developer China Evergrande Group is pouring billions of dollars into its goal of building the "world's largest and most powerful new energy vehicle group" by 2025, almost from scratch, but has yet to bring any cars to market.