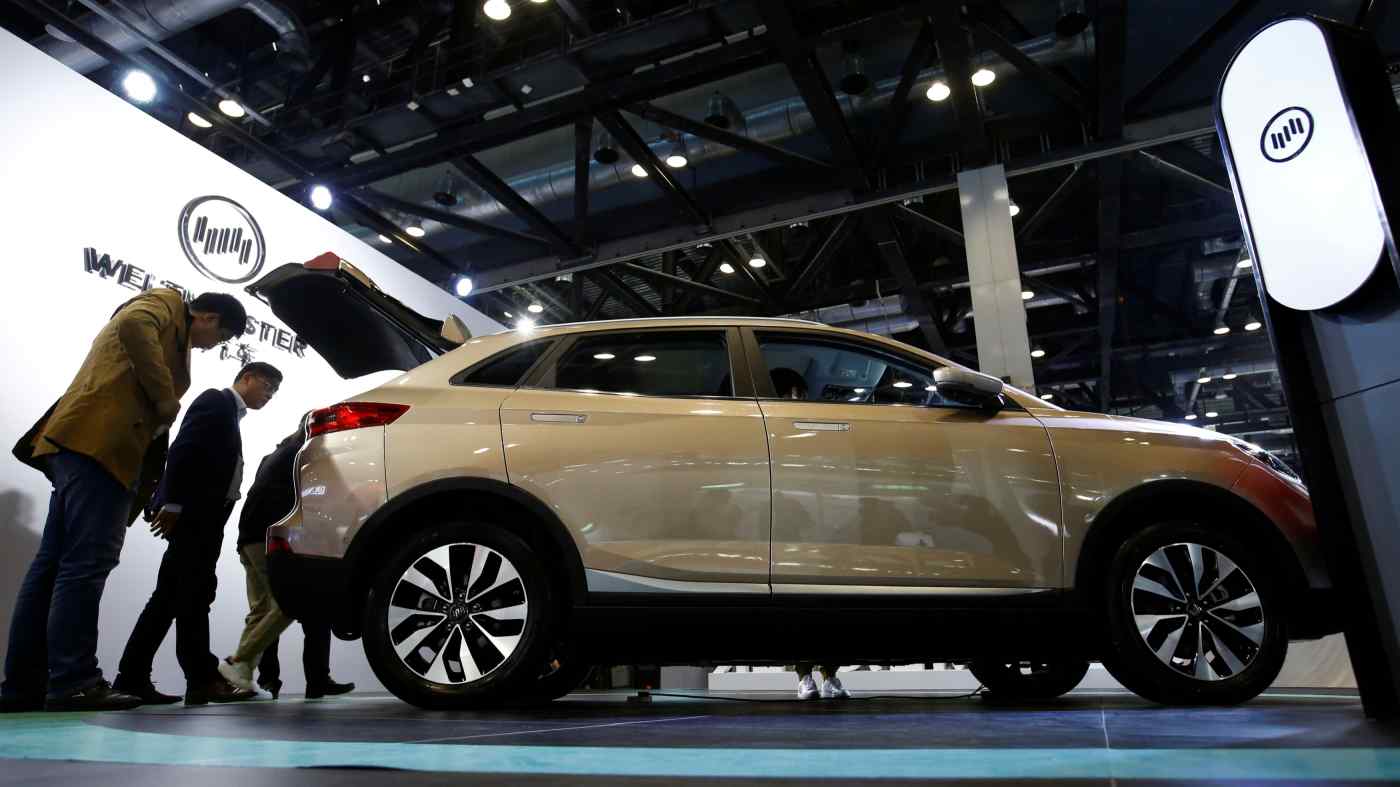 HONG KONG -- WM Motor, a startup electric vehicle producer backed by Tencent Holdings and Baidu, has issued a recall for more than 1,000 vehicles after three caught fire within a month.

The news comes as a blow just a month after WM raised 10 billion yuan ($1.49 billion) from investors led by the Shanghai city government and state-owned carmaker SAIC Motor and amid local media reports that it has filed preliminary paperwork for an initial public offering on Shanghai's STAR Market.

The recall published on the State Administration for Market Regulation's website on Wednesday covers 1,282 cars delivered since June. Shanghai-based WM, also known by its brand name Weltmeister, blamed the fires on flaws in the cars' batteries. None of the fires have caused injuries.

Some battery cells contained impurities which could cause them to short circuit and even inflame under "extreme conditions," the recall notice said. WM Motor pledged to replace batteries on the affected models for free.

The notice did not identify the producer of the implicated batteries and WM has several suppliers.

Safety has been a significant concern holding back Chinese drivers from switching to electric vehicles. Last year, Nio recalled nearly 5,000 of its ES8 SUVs after reports of battery fires.

According to local media reports, two of this month's WM fires involved vehicles used as taxis. On Tuesday, WM said on its official Weibo account that an EX5 SUV had burned on the campus of the Chinese Academy of Sciences in Beijing.

A spokesman for Chinese telecommunication equipment company ZTE told Nikkei Asia on Wednesday that an affiliate had produced the two taxis' batteries but not the one involved in Tuesday's incident.

WM recorded record sales during the July-September quarter of 6,200 vehicles, 80% higher than a year before, as consumers returned to showrooms amid rebounding economic activity. The company sold 35,920 vehicles during the first nine months of 2020.

Telsa this month cut the starting price of its locally made Model 3 sedan to 249,900 yuan, after factoring in government purchase subsidies.