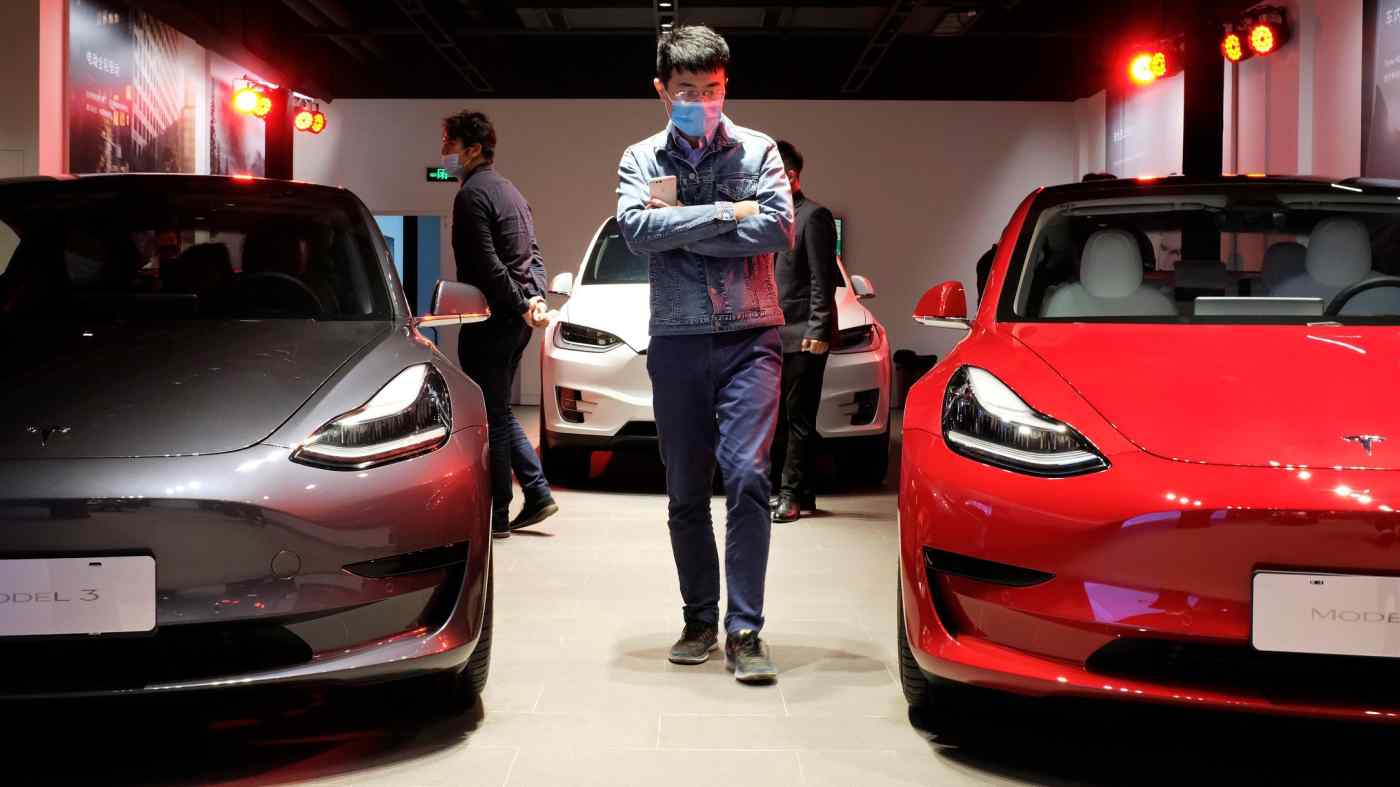 BEIJING -- China's electric vehicle sales grew for the first time in 13 months during July, thanks to the government extending financial incentives and Tesla's local production.

Sales of EVs last month jumped 19.3% on the year to 98,000 units, the China Association of Automobile Manufacturers reported Tuesday. Tesla's sales in China grew sharply, buoyed by production of the popular Model 3 at its recently opened Shanghai plant.

About a year ago, China cut subsidies for new-energy vehicles, which led to a slump in sales. Though the incentives originally were to be phased out, the country later decided to extend the subsidies as part of an economic stimulus policy in response to the novel coronavirus.

Some localities have offered more generous subsidies for purchases of new-energy vehicles.

China also relaxed restrictions on issuing license plates for electric and other new-energy autos. License plates are being rationed to deal with urban congestion and pollution.

Chinese sales of all new vehicles rose 16.4% in July to 2.11 million units, marking a fourth straight month of growth and three consecutive months of double-digit gains.