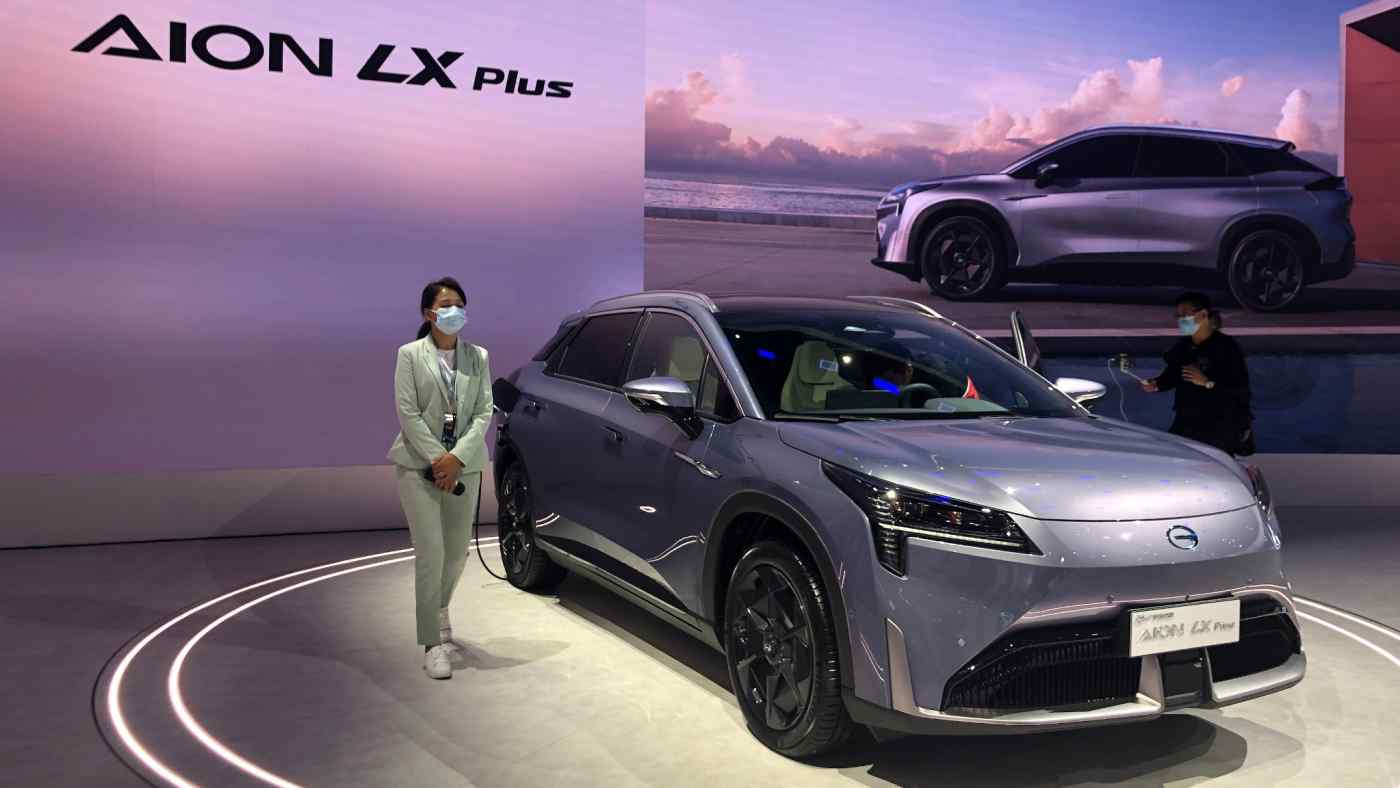 GUANGZHOU/TOKYO -- Chinese automaker GAC Group stole the spotlight Friday at the opening of Guangzhou International Auto Show, unveiling an electric vehicle that can travel over 1,000 km on a single charge.

The Aion LX Plus is being billed as the EV with the world's longest range in mass production. The traveling distance is unusual among high-end Chinese EVs. For comparison, the Aion LX runs between 520 km and 650 km on one charge.

GAC will put the Aion LX Plus on the market in January.

News of the long-running battery was met with surprise by some at the show. "One thousand kilometers can be doable if you place many batteries" into an EV, said a source from a competitor.

However, GAC has developed silicon sponge electrode technology, which allows the manufacturer to reduce battery volume while boosting energy density.

The annual Guangzhou International Auto Show runs this year until Nov. 28. About 1,000 automobiles will be on display, including more than 200 new energy vehicles.

Although this expo is smaller than the Beijing or Shanghai auto shows, the event is closely watched as it is a leading indicator of China's auto market -- the largest in the world. 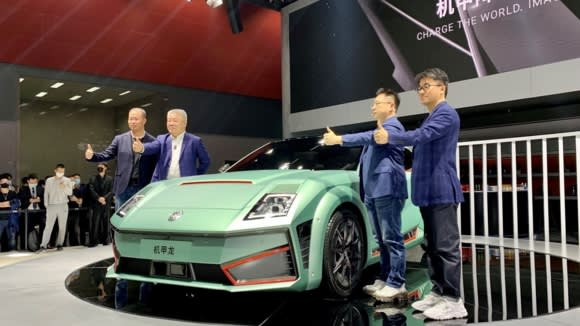 Great Wall Motors' new EV has a range of over 800 km on a single charge. (Photo by Shunsuke Tabeta)

BAIC Group's Arcfox Alpha S is an EV model loaded with components and software from Chinese tech giant Huawei Technologies. The vehicle is capable of accelerating from 0 to 100 kph in 3.5 seconds.

China's new energy vehicles failed to break 10,000 units in sales in 2011, but 1.37 million units were sold last year and the figure stands at 2.54 million for January through October this year. Sales could top 3 million this year.

New energy vehicles accounted for 12% of all auto sales in January-October, up precipitously from 5% at the same time last year.

Big cities are combating traffic and air pollution problems by limiting the number of license plates issued, but that does not apply to EVs. Consumers have shifted to new energy vehicles that face looser regulations than gasoline-powered autos.

Tesla's local production of EVs in China, from which deliveries started this year, has triggered a rise in demand as well. Meanwhile, electric vehicles that cost around $4,500, such as the one made by SAIC-GM-Wuling Automobile, have driven demand in rural areas. The Chinese government looks to have new energy vehicles occupy around 20% of new auto sales in 2025. It appears the goal will be met sooner than that date. China International Capital Corp., an investment bank, predicts new energy vehicles will account for 30% of new passenger vehicle sales by mid-decade.

While the market for affordable EVs is growing, high-end products are competing on technological prowess.

"EVs from Chinese makers are strong in advanced technology such as operations using AI speakers and autonomous driving, and not just in prices," said Zhou Jincheng, lead analyst at Japanese research firm Fourin. "In truth, [EVs] on both the high and low ends are drawing Chinese consumers, which is posing a major threat to Japanese vehicles."