China's Nio to launch in Europe as it starts global expansion

EV maker aims to start delivering to Norway in September 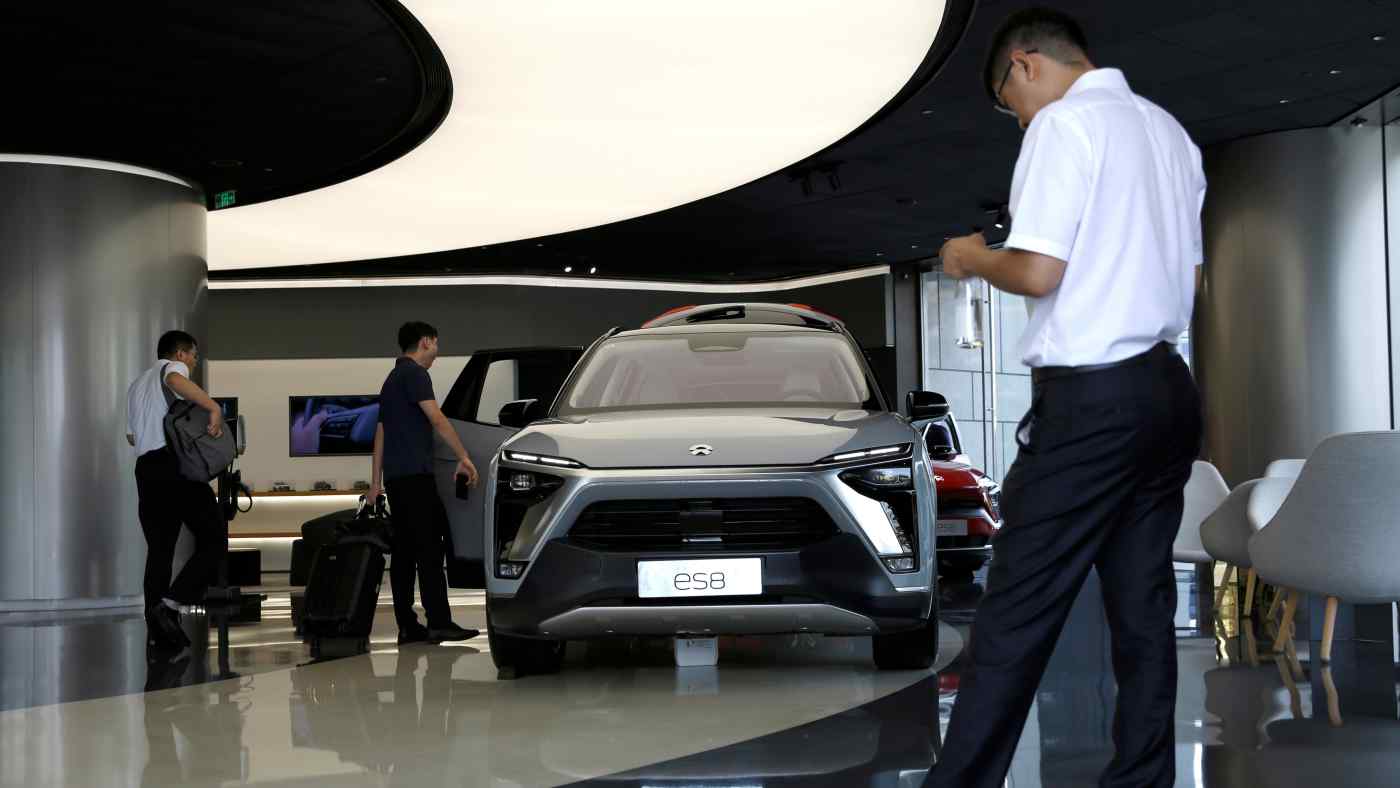 HONG KONG -- Chinese electric vehicle startup Nio has started its first overseas foray with a plan to sell cars to Norwegians from September.

At a Thursday press conference, Marius Hayler, general manager at Nio's Norway branch, said the company aims to deliver the Nio ES8, an all-electric seven-seater sport utility vehicle, later this year and to start taking orders for the ET7, a premium sedan, next year.

He said Nio's first overseas store is expected to open in Oslo in September, together with an 18,000 square meter service center. By 2022, Hayler said the company aims to expand its store network to other Norwegian cities.

"From day one, our goal has been becoming a global brand that provides high quality products and services to global users," Nio founder and Chief Executive William Li said through a video link. He said Norway is among the countries most friendly toward electric vehicles, which prompted him to make it the company's first overseas foray.

Nio has hired 15 people in Norway. Hayler expects to expand the local team to around 50 by the end of the year.

Besides stores and service centers, Nio also plans to build stations in Norway where drivers can charge and swap batteries, Hayler said. Nio did not unveil plans for other European markets.

Despite the high acceptance of clean energy cars in Europe, the market -- home to some of the world's oldest car brands -- will not be an easy one to crack for Nio. European customers appear to prefer EVs from established carmakers over those from emerging brands.

The Zoe, made by France's Renault, and the ID. 4 from Germany's Volkswagen are the two bestselling EV models in Europe. America's Tesla only ranks third.

Nio's Chinese rivals Xpeng Motors and Aiways have started delivering to Europe but they have not been very well received by local customers judging from sales, said Le Tu, managing director of Beijing-based Sino Auto Insights.

"Right now, Chinese brands are brand new so they need time to establish themselves," Lu said, adding that Chinese products face the pricing challenge of import tariffs and could face further entry barriers if relations between European governments and Beijing worsen.