Xpeng and NIO plan to raise $6bn, but production shortfalls show challenges ahead 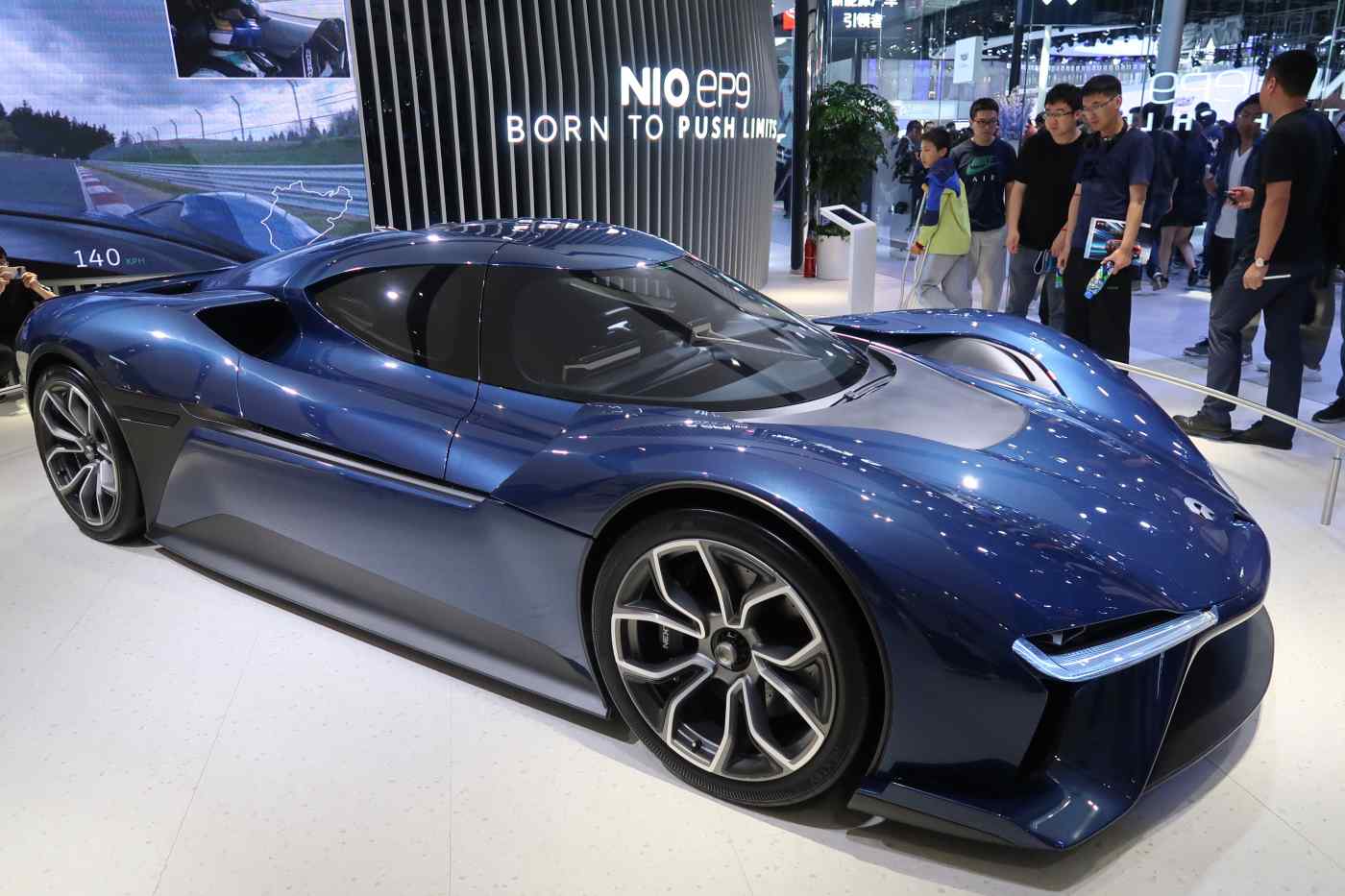 Both companies hope that going beyond clean power can give their brands an edge over global rivals, but doubts have been cast over their ability to deliver such vehicles on a big enough scale.

Xpeng Motors will launch its much-anticipated first model by the end of this year, after raising more than $1.5 billion from investors including Lei Jun, founder of smartphone maker Xiaomi, and Terry Guo's Hon Hai Precision Industry, also known as Foxconn.

The Alibaba-backed startup, valued at $3.6 billion, plans to raise another $3 billion by 2019.

The company put on a lavish celebration to mark its fourth anniversary at Canton Tower, a prominent landmark in Guangzhou, on Wednesday. But the event, like most other news in the industry, was overshadowed by rival NIO filing for an initial public offering on the New York Stock Exchange two days earlier.

The Shanghai-based company aims to raise as much as $1.8 billion through the IPO, and boasts an equally high-profile list of investors, including Tencent founder Pony Ma and JD.com CEO Richard Liu.

China has become the world's largest market for electric vehicles, in large part due to Beijing's attempts to combat air pollution. Government subsidies are provided to buyers and manufacturers of "new-energy vehicles," and the country aims to completely replace gasoline and diesel cars by 2030.

In contrast to makers of traditional electrified vehicles such as Shenzhen-based BYD, both Xpeng and NIO have focused on developing connected cars that incorporate artificial intelligence technology.

The two companies make up the "four dragons" of China's electric vehicle industry, along with Weltmeister Motor, known as WM Motor, and Future Mobility Corporation, known by the brand Byton.

But while features like these may sound impressive, industry watchers have cast doubt over whether the likes of Xpeng can deliver on a large enough scale to generate profits.

That concern may seem justified in light of setbacks at U.S. market-leader Tesla this year.

Production of its first mass-market Model 3 sedan fell short of planned output. Less than 2,000 units were rolling off the production line per week in April, well below the targeted 5,000, according to Bloomberg. The company only managed to pass the threshold for the first time in July.

One of the most vocal doubters, ironically, is He Xiaopeng, CEO and co-founder of Xpeng.

"Frankly speaking, it's not difficult to make high-quality cars for a few friends who trust us," He said, "But how can we deliver cars of the same quality on a large scale. This is a question we need to tackle in the future."

Earlier this month, after NIO had missed the original delivery date for its first car, He reportedly made a bet with the company's chairman and founder William Li that no Chinese electric vehicle startup would manage to deliver more than 10,000 units by the end of the year.

The first deliveries of NIO's model S8, a seven-seater SUV it launched last year, were scheduled for April, but some buyers were left waiting until late June.

By the end of July, only 481 vehicles had been shipped, according to the company's prospectus, leaving the target of 10,000 units by September a long way off.

Quality control has been cited as the biggest issue facing China's electric vehicle startups, but there are numerous other hurdles.

Toliver Ma, an automobile analyst at Guotai Junan Securities, pointed out that these companies lack the sophisticated supply chains and logistics networks that conventional carmakers have built up over decades.

The recent price surge of cobalt, a key raw material for making batteries, has also made it difficult to keep the production costs down.

As part of its internal trials, Xpeng employees are currently driving about 500 G3 cars on their daily commute. The test vehicles were manufactured at an original equipment manufacturer plant in Zhengzhou owned by Haima Automobile, a subsidiary of state-owned automaker FAW Group. The first batch of commercially available G3s -- about 6,000 units -- will also be manufactured at the factory. About 4,000 units have been sold in presales since April.

To increase production, Xpeng plans to have work finished on a new factory that can produce 200,000 vehicles a year by mid-2019.

Despite the hurdles, these brands are expected to give Chinese names a cutting-edge amid increasing competition, and He believes that connected cars will be the game changer.

In July, Tesla signed a deal to build a plant in Shanghai after the Chinese authorities announced an end to the 50% foreign-ownership cap on new-energy vehicle ventures. Volkswagen, BMW and Toyota also have plans to launch new energy models in China in the coming years.

"I don't think electric cars will dominate the next era for automobiles in China," He said. "When companies like Toyota and Volkswagen start full production for new energy cars, it's very difficult for Chinese companies to stand out."

"Our cars must be smart."