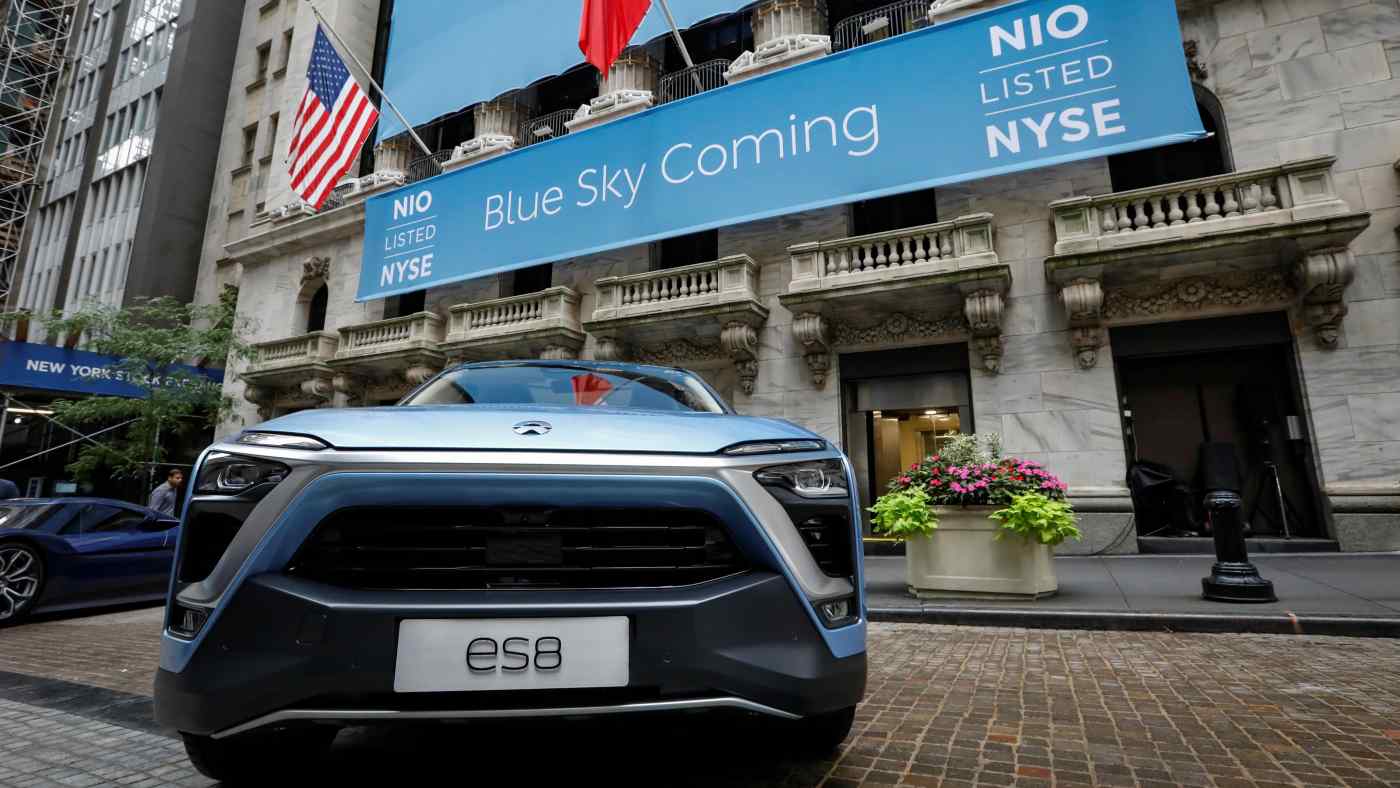 GUANGZHOU -- Chinese electric car maker Nio slashed its workforce by about 10% between April and August, less than a year after its New York stock market listing, amid sluggish sales compounded by sharply reduced government support.

Nio's payroll has fallen to about 8,800 people from 9,800 at the end of March, CEO William Li Bin said at a recent event in Beijing, citing a need to optimize the company's size and improve efficiency.

The struggles of an automaker dubbed China's answer to Tesla cast a shadow over the outlook for the country's electric vehicle industry. The company, established in 2014, listed on the New York Stock Exchange last September.

The restructuring came amid a steep decline in sales. Nio moved only about 4,000 units of its mainstay ES8 sport utility vehicle in the January-March quarter and 3,000 in April through June, down from around 8,000 in the last three months of 2018.

Sales plunged further in July, after the company recalled about 4,800 ES8s in late June following battery fires in parked vehicles.

Cuts to the government support designed to expand China's electric vehicle market have dampened demand across the industry. After subsidies were reduced by as much as half in June, overall Chinese sales of so-called new-energy vehicles dropped about 5% on the year in July. This marked the first such decline in several years, according to local media.