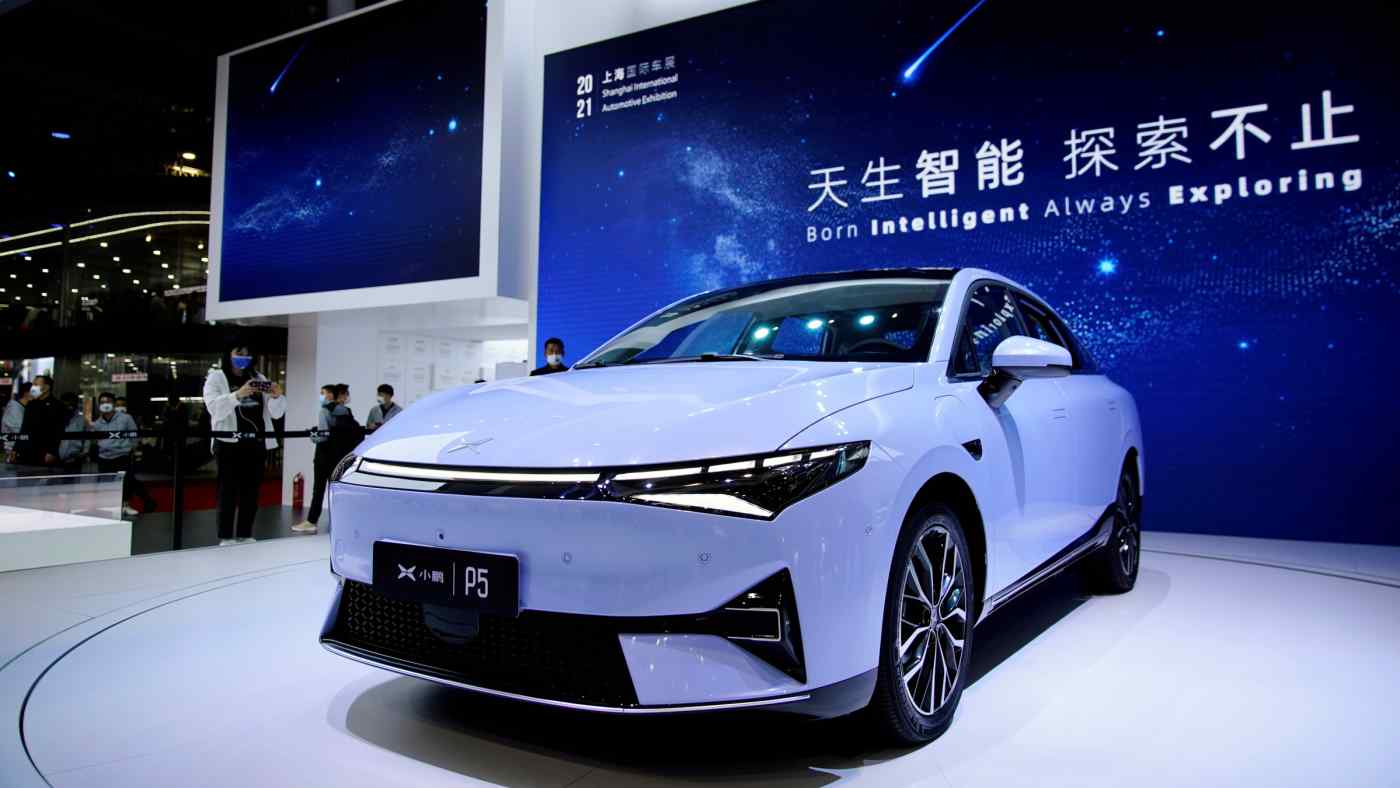 HONG KONG -- U.S.-listed Chinese electric vehicle maker Xpeng on Thursday opened a Hong Kong share sale for subscription with an aim to raise as much as $2 billion, reviving the so-called homecoming listings.

The primary dual listing of 85 million shares will be open until Tuesday and is scheduled to price the next day, according to a term sheet seen by Nikkei Asia. The company will make its Hong Kong debut on July 7. Two Hong Kong shares will be equal to one American depositary receipt.

Xpeng fixed a maximum price of 180 Hong Kong dollars ($23) a share for retail investors, marking a 11.7% premium to the company's Wednesday closing price on the New York Stock Exchange. However, companies typically price their Hong Kong share offerings at a small discount to their U.S. trading price.

The offering is the latest of the homecoming listings where mainland companies traded on American exchanges list closer home looking to hedge against a forced delisting in the U.S.

Under a law enacted last year, Chinese companies risk being kicked off American exchanges by 2023 if U.S. regulators are not permitted to review their audit records. Beijing forbids such reviews on national security grounds. The U.S. Securities and Exchange Commission last month began steps toward putting the law into force.

Xpeng, which raised $1.72 billion from an IPO on the New York Stock Exchange in August, will have to undertake a dual primary listing in Hong Kong as it lacks a two-year listing track record to qualify for a secondary listing like others such as Alibaba and JD.com. As such, the company needs to comply with the rules of both U.S. and Hong Kong regulators, which is not the case with a secondary listing.

The company, which is yet to make a profit, has been raising funds as it competes in an increasingly crowded market, where it not only competes with domestic rivals but American EV leader Tesla as well. In December, Xpeng sold more shares to raise $2.5 billion. The company's shares have surged 180% since the IPO, and it is valued by the market at $32 billion.

Xpeng has the option to sell a further 12.75 million shares as part of an overallotment option, which could boost the offering size to as much as $2.27 billion.

The company plans to use 45% of the proceeds to expand its product portfolio and develop technology, 35% for business expansion, 10% to enhance production capacity and the rest for general corporate purposes, according to the term sheet.

The company targets to break even by late 2023 or 2024 and it has been ramping up deliveries. In the first quarter, delivered surged to 13,340 units compared with 2,271 a year earlier. Revenue in the same period surged more than seven times to $450.4 million, according to its prospectus.