Chinese electric cars prepare US blitz in 2020 despite trade war

GAC, Byton and NIO push ahead with launch plans, eager for new markets 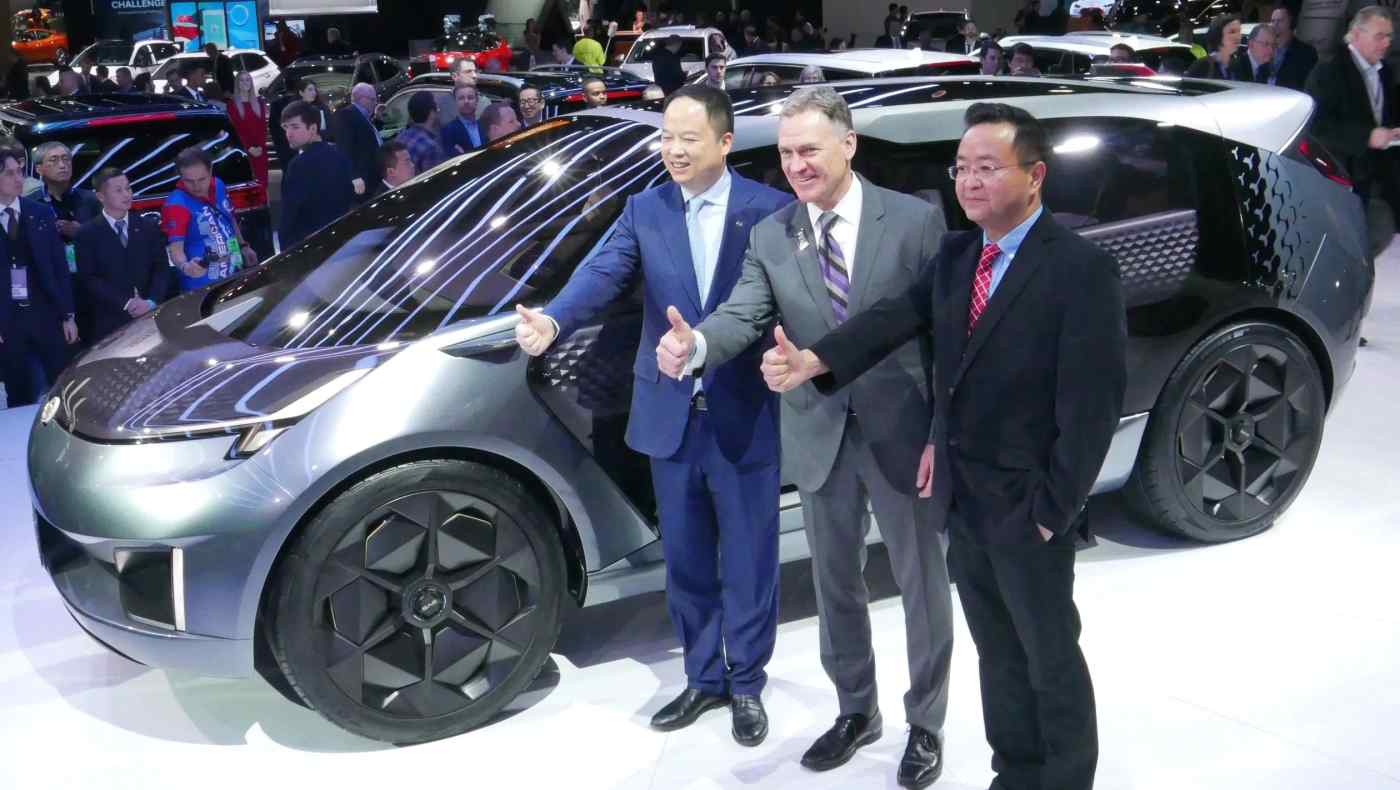 PALO ALTO, U.S. -- Chinese automakers plan to push ahead with major U.S. launches of electric vehicles in 2020 despite signs of rising protectionism and America's growing wariness of Chinese technology.

Chinese vehicles have failed to gain traction in America, amid stiff competition against U.S., Japanese, European and South Korean manufacturers. Most of the roughly 58,000 China-made vehicles exported to the U.S. in 2017 were produced by joint ventures established with General Motors and other non-Chinese producers. None of the purely Chinese brands have managed to win a following.

Simmering trade tensions will not make it any easier for Chinese makers to break into the U.S.

"It is highly unlikely that the U.S. will readily allow China-made vehicles into the country given that it is currently discussing imposing tariffs even on Germany," said Nobuhito Massimiliano Abe, an analyst at management consultancy A.T. Kearney. Abe also cited the need to build up brand recognition and sales networks in the U.S., as well as set up production plants, "which will require hundreds of millions of dollars of investment."

Despite these challenges, however, the rising popularity of electric vehicles and government policy promoting eco-friendly cars may give Chinese makers a chance to catch up in the U.S.

Chinese parts suppliers and developers of next-generation technologies like autonomous driving already have a large presence in America. According to Hong Kong-based consulting company ZoZo Go, about 107 Chinese auto-related companies are operating in the U.S.

Now, China's big brands are planning to enter the market and, they hope, build up their global standing.

"Our ultimate objective is to build the company into a world-class brand and a global player," said Yu Jun, president of GAC Motor, a subsidiary of Guangzhou Automobile Group.

GAC Motor is near the head of the pack. Although its brand is little recognized in the U.S., the company plans to launch there next year, having pushed back its original target of late 2019 due to the trade war.

The automaker unveiled its Entranze electric concept car at last month's North American International Auto Show in Detroit. Yu told media at the event that he feels the GAC brand will eventually win over American drivers.

"In 2015, we made the decision to enter the U.S. market, and since then we have been making steady progress," said Yu during GAC's fifth appearance at the show.

The Entranze is the first car developed by the auto group's design unit in Los Angeles.

Vying with GAC to become the first Chinese automaker to crack the U.S. market is EV startup Byton. During the 2018 Consumer Electronics Show in the U.S., the company's M-Byte electric sport utility vehicle drew favorable comparisons with Tesla models.

Established in 2016 by former executives of BMW and funded in part by Chinese internet service provider Tencent Holdings, Byton will launch M-Byte this year in China followed by rollouts in the U.S. and Europe in 2020.

And other vehicles are in the works. David Twohig, Byton's chief automotive engineer, said the company has "already built about 90 prototype cars." The company formed a capital tie-up with Chinese automaker FAW Group last year and is now reportedly building a $1.7 billion plant in Nanjing with an annual production capacity of 150,000 units. It has also invested heavily in global R&D operations, creating a 1,500-strong engineering team that includes hires from Tesla and Apple.

NIO, another potential Tesla rival, also is planning a 2020 launch in the U.S. Founded in 2014, NIO counts Tencent and Chinese internet search engine Baidu among its shareholders. The company debuted on the New York Stock Exchange last year.

In 2018, new car sales in China logged their first yearly fall in 28 years due to a slowing economy and restrictions on the issuance of vehicle license plates. Although slumping car sales may be temporary, Chinese automakers will have trouble growing if they remain parked in the domestic market. 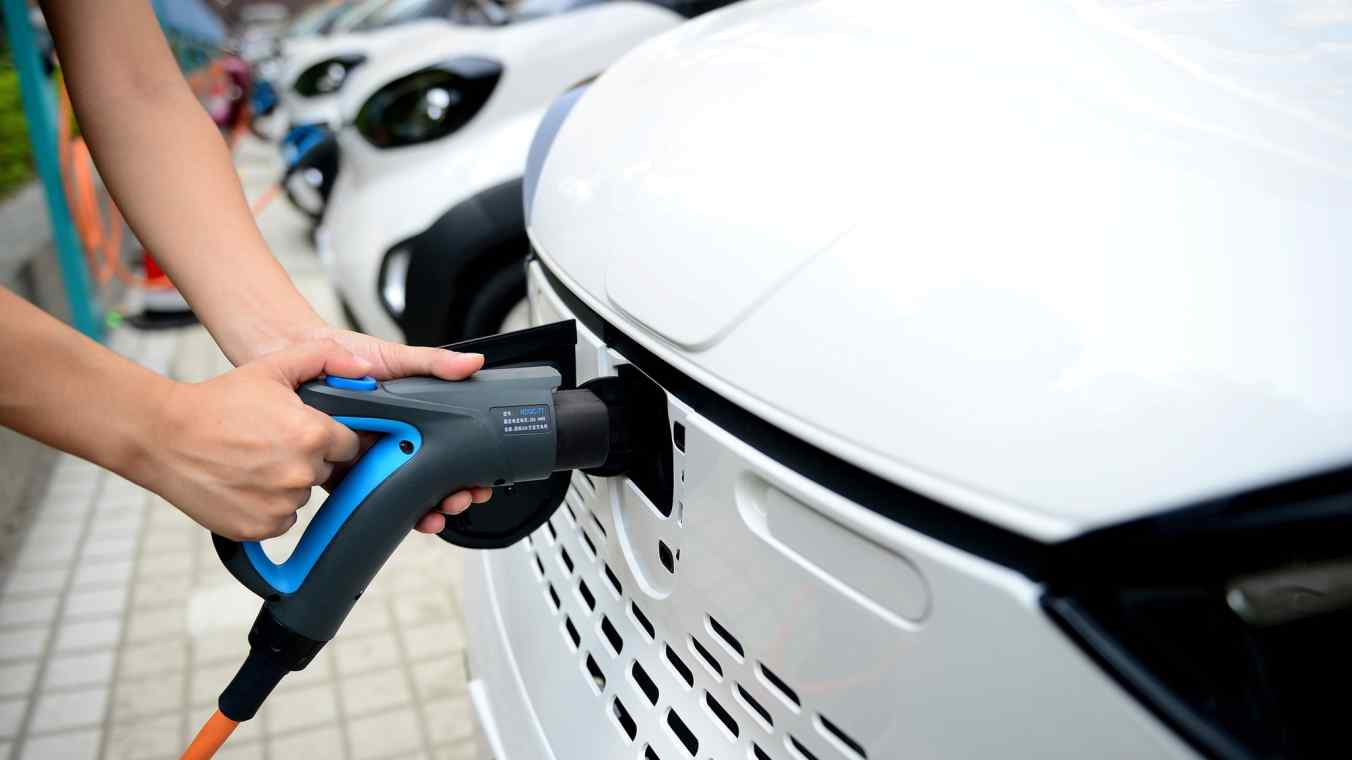 But they are receiving a firm push from the government. Strict new regulations mandate that a portion of auto production and sales be devoted to eco-friendly vehicles -- a move designed in part to make the industry more cost competitive and propel at least five Chinese automakers to the forefront of the global EV market by 2030.

Though the trade war and America's growing wariness of Chinese technology are undeniably creating headwinds, it is unlikely that Chinese automakers will give up on their U.S. ambitions, given that they have invested over $15 billion in U.S. auto-related operations over the past decade.

And while the two governments may be at loggerheads, their economies remain deeply intertwined.