Japanese trader and Chinese automaker to sell storage for renewables 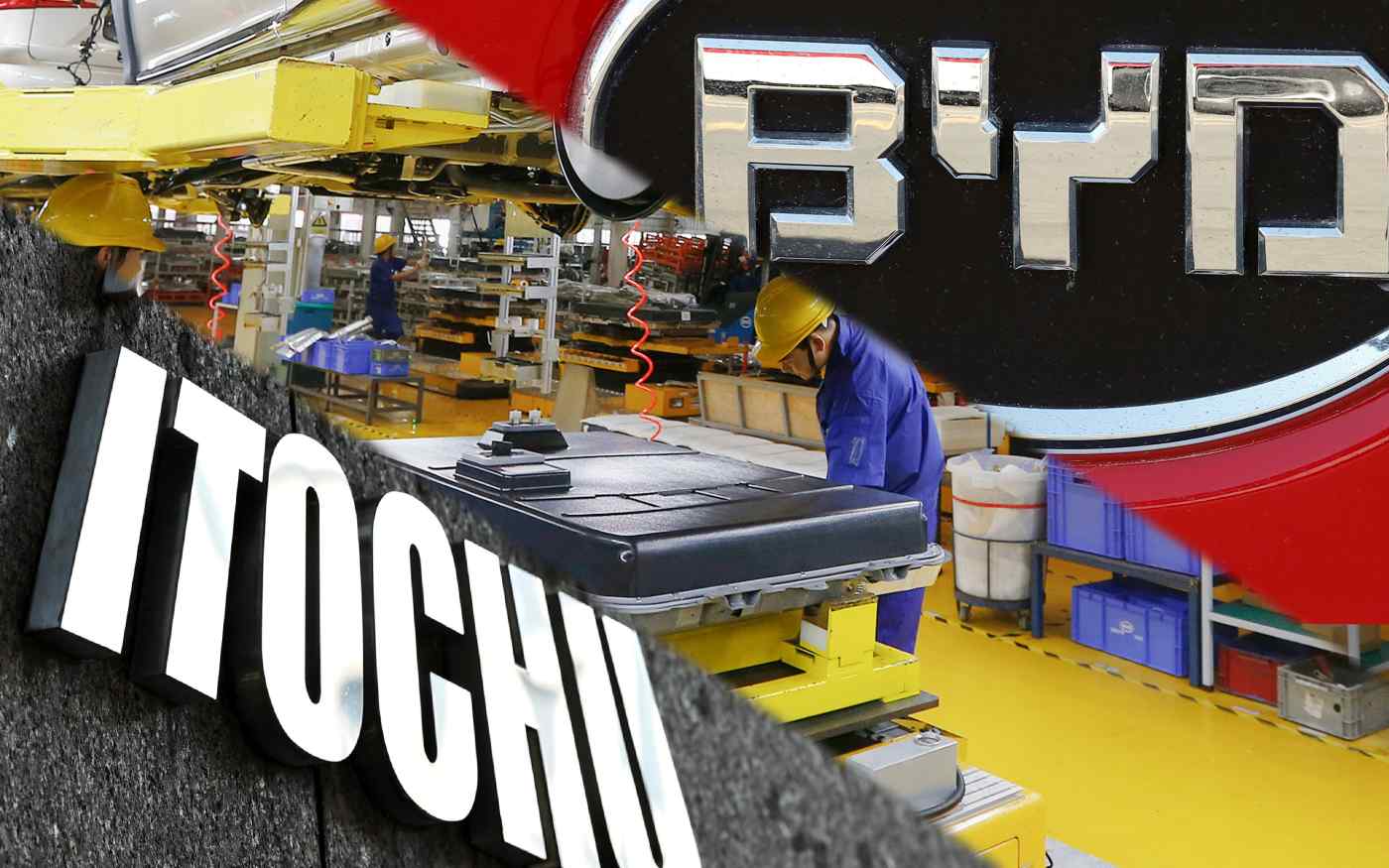 Itochu and BYD think they have found a way to reuse electric car batteries, which are about to pile up. (Source photos from Reuters)
KENTA ANDO, Nikkei staff writerOctober 25, 2019 18:09 JST | Japan
CopyCopied

The move comes as the number of used auto batteries is expected to surge worldwide, alongside the rise of electric vehicles. This has raised the question of what to do with so many old lithium ion cells -- a question the new business aims to answer.

Itochu intends to work with BYD as well as form an equity and business partnership with Shenzhen Pandpower, which recycles vehicle batteries. The plan is to set up a global business that reuses auto batteries as container-type storage batteries, possibly by 2020. Storing renewable power will be the primary focus.

The lithium ion batteries in cars usually last for eight to 10 years, and it has been nearly 10 years since companies like Nissan Motor and BYD began producing electric vehicles. Even after they have been exhausted as auto batteries, they still have enough capacity to be used for storage.

The plan is to repurpose them as batteries for renewable systems, such as solar power, that require storage to handle fluctuations in supply and demand. Numerous car batteries will be placed inside a 40-foot container and turned into a 1,000 kilowatt-hour battery. One of these sets would be enough to cover the daily energy consumption of 100 households.

The storage batteries are expected to be used mainly in factories and stores. Itochu will own the batteries and customers will pay according to the volume of electricity they use, limiting their initial investments.

At first, Itochu will target Australia and Southeast Asia. It also plans to sell the batteries in the U.S. and Japan.

In places where electricity infrastructure is undeveloped, such as mining sites, the batteries could be combined with solar power generation to be used as a makeshift power plant.

The Japanese company is shooting for sales of 10 billion yen ($92 million) in five years.