Japan's Sagawa to buy 7,200 low-priced EVs made in China 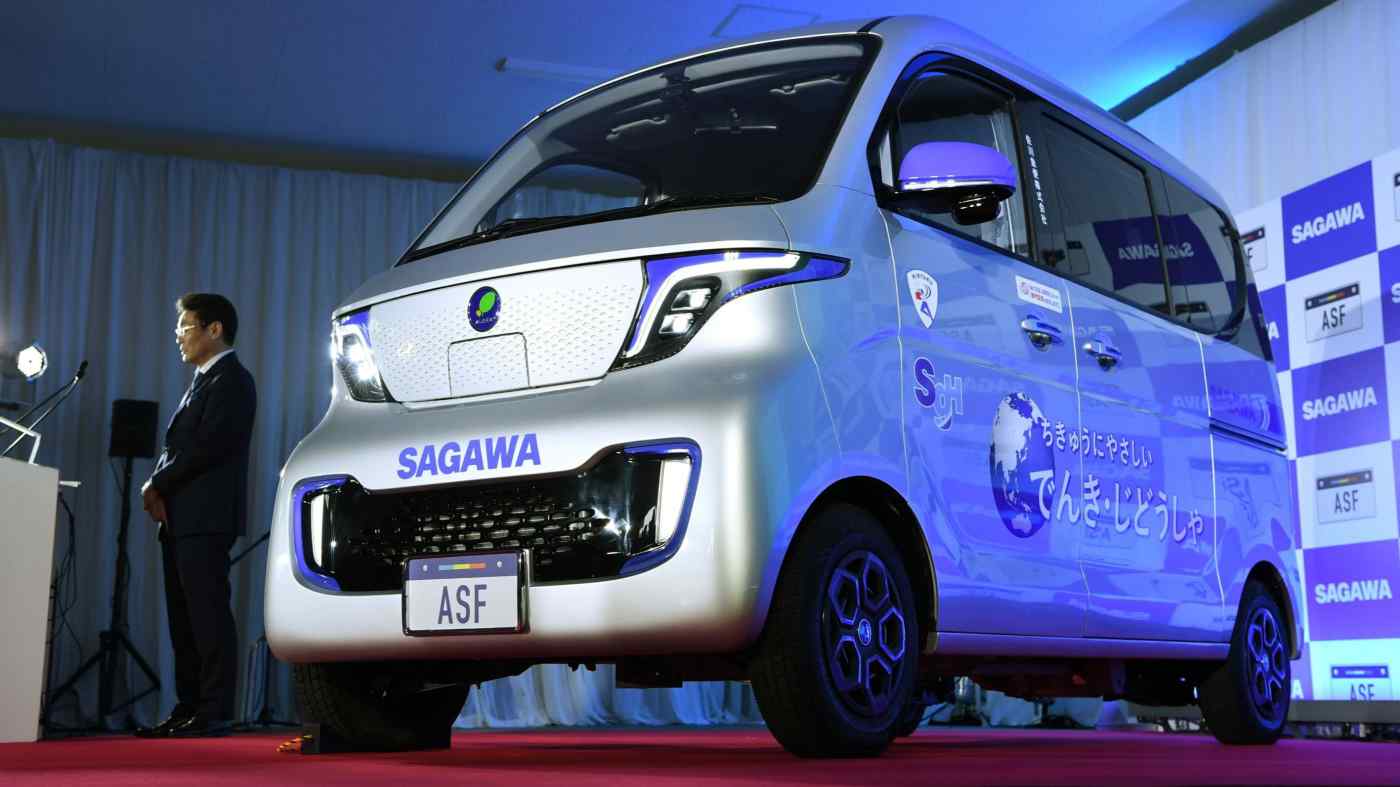 TOKYO -- Sagawa Express, a subsidiary of Japan's SG Holdings, has decided to purchase 7,200 low-priced electric minivans which will be made in China, Nikkei has learned. Sagawa, a major transport company, will use those EVs to deliver goods mostly over short distances.

China's Guangxi Automobile Group will manufacture small electric commercial vans designed by a Japanese startup on an Original Equipment Manufacturer basis. This will be the first example of a Chinese-made EV making a large-scale landing in Japan.

The van will have a cruising range of more than 200 km. Specifications will be finalized in August, and the Chinese automaker, based in the Guangxi Zhuang Autonomous Region in southern China, will start mass production as early as in September, with deliveries expected in September 2022.

Sagawa, a major transport company, will use those EVs to deliver goods mostly over short distances.

The Chinese maker sees the small commercial EV segment, which has been mostly overlooked by Japanese auto makers, as a foothold for further market expansion.

Initially, the vans will be brought to Japan as 'parallel imports', whereby legitimate goods are moved through unauthorized channels. At the same time, Guangxi Automobile will proceed with getting approval from Japan's Ministry of Land, Infrastructure, Transport and Tourism.

Tokyo-based ASF, a Japanese EV-related startup, will be in charge of vehicle planning and development of the vans, as well as product warranty. The Chinese maker will be the Original Equipment Manufacturer.

Sagawa has not disclosed the price of the vehicle, but it is expected to be below the 1.3 million to 1.5 million yen ($11,800 to $13,700 million) range -- typical prices for a gasoline-powered light minivan.

Small commercial EVs is an area in which Japanese manufacturers have not made much effort in terms of ensuring profitability, safety and maintaining brand. Mitsubishi Motors released the world's first commercial EV minivan, the MINICAB-MiEV, in 2011, but the cumulative sales are only 9,100 units.

Meanwhile, Chinese EVs have begun to penetrate into the Japanese commercial car market. BYD, a major Chinese producer, is increasing the number of deliveries in Japan. Tokyo's Ueno Zoo and Japan's Dutch-themed amusement park Huis Ten Bosch have adopted it as an in-park bus, with a total of 53 buses. BYD aims to increase the number to 100 by June next year.