Lexus to launch EV in China taking on VW and Tesla

Toyota capitalizes on brand's popularity to kick-start sales in 2020 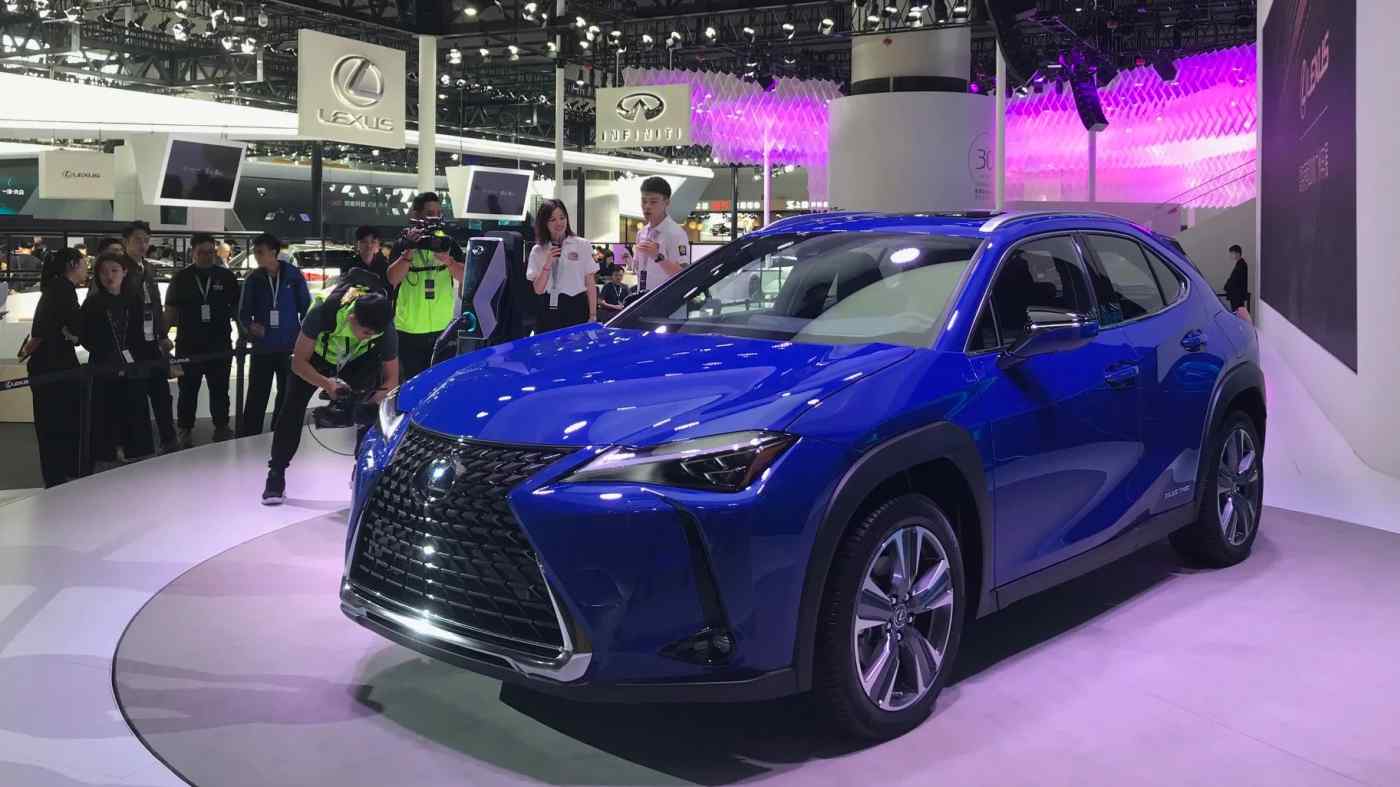 NAGOYA -- Toyota Motor is ramping up efforts to sell electric vehicles in China, the world's largest auto market, where it plans to launch its first electric Lexus in 2020.

The plan was unveiled at the Guangzhou International Automobile Exhibition in late November. China's electric vehicle market is facing challenges after the government cut subsidies. But Toyota is taking advantage of the popularity of Lexus, its premium brand, and hybrid technology to take on market leader Volkswagen.

Toyota's move aligns with Beijing's intent to further boost sales of eco-friendly vehicles. A proposal from China's industry ministry on Tuesday calls for "new-energy vehicles" -- electrics, plug-in hybrids and fuel-cell autos -- to comprise 25% of new vehicles sold in 2025, up from an estimated 6% in 2019.

U.S. EV maker Tesla is also emerging as a competitor in China, vowing to deliver its first batch of Shanghai-made cars in January, just a year after breaking ground on its first assembly line in the country. The Silicon Valley-based automaker showed off its China-made Model 3 at the Guangzhou exhibition.

The Chinese market is five times the size of Toyota's home market, with annual sales of more than 25 million new vehicles. At this year's show, which was held until Sunday in Guangdong, the capital of Guangzhou Province, GAC Toyota Motor and the automaker's other joint ventures in China also displayed their electric models.

China has placed electric vehicles at the center of its economic growth policy. When the British government announced in July 2017 that it will phase out the sale of gasoline and diesel cars by 2040, China immediately followed suit, saying it would ban the production and sale of such vehicles.

Volkswagen was the first to present an EV strategy in China, intent on taking the lead in the nascent market. An official from the German automaker became the head of a working group in charge of drawing up regulations.

Competition for the promising market began in earnest in 2017. Toyota, along with most other Japanese automakers, took a cautious stance, worried about profitability and the pace of the shift to electric vehicles, while their European rivals aggressively focused on building them. "We are making preparations," said one executive of a Japanese maker at the time. Tesla showcased a made-in-Shanghai Model 3 at the Guangzhou exhibition.   © Reuters

Three years on, Toyota is finally ready to launch EVs in China. The company chose Lexus as the first electric model because of the popularity of the brand in the country, which would help kick-start EV sales, one source said. The automaker also plans to introduce electric models of Toyota-branded sport utility vehicles in China.

Lexus ranked third after Porsche and BMW in the premium brand category in a study this year of the most appealing cars in China, conducted by U.S. market survey firm J.D. Power. Since Lexus cars are manufactured in Japan, quality control is relatively easy and Toyota can use "Made in Japan" in its sales pitch.

The first electric model will be launched in the spring of 2020, as the market is losing momentum with shrinking government subsidies. "Our technology will be tested. It has improved through the development of hybrid vehicles, and that will give us an advantage," said Lexus International President Yoshihiro Sawa.

The electric model is the UX300e sport utility vehicle that has a cruising range of about 400 km. The price has not been set yet. After China, it will make its debut in Europe in the summer and in Japan in early 2021. With the battery installed under the floor, the model has a lower center of gravity that the company said would give the car better operability.

"Many consumers are not convinced about the cruising range and safety of EVs," said the Lexus marketing chief in China. "We make use of our battery management know-how acquired through HV development to ensure safe driving, while keeping the DNA of Lexus craftsmanship," he said, referring to hybrid vehicles.

Toyota has a long history with hybrid vehicles, beginning with the Prius in 1997. The automaker said it has mastered how to slow battery deterioration to enable long and stable use. Its technology also achieves close control of the motor and minute speed adjustments. Toyota plans to emphasize these to win consumer trust.

Apart from design, Toyota's eye for detail and the lack of noise and vibration in the passenger compartment has won the hearts of Chinese consumers. Lexus sold more units in the first 10 months of this year than in all of 2018. "Our quality of manufacturing has been accepted, and struck a chord with the Chinese," Sawa said.

Meanwhile, Volkswagen, which has the largest share in the Chinese passenger car market, held a news conference the day before the Guangzhou exhibition. Stephan Wollenstein, CEO of Volkswagen Group China, announced a planned investment of more than 4 billion euros ($4.4 billion) in China in 2020.

Toyota lags behind Volkswagen in the shift to EVs in China, but is working hard to find partners. It formed a comprehensive tie-up with China's CATL, the world's largest battery maker, in July to secure stable procurement.

The Japanese automaker has also agreed with Chinese electric vehicle maker BYD on joint development. Planning to launch Toyota-brand EVs in China in the early 2020s, they will establish a joint venture in the second half of 2020 to develop vehicles, platforms and related parts that meet China's environmental regulations.

Toyota, with a 7% share of the Chinese market, plans to take on Volkswagen, whose market share is 20%, by focusing on selling its hybrid autos and promoting that brand before rolling out EVs.