Possibility of Teslas 100% made in China grows more realistic 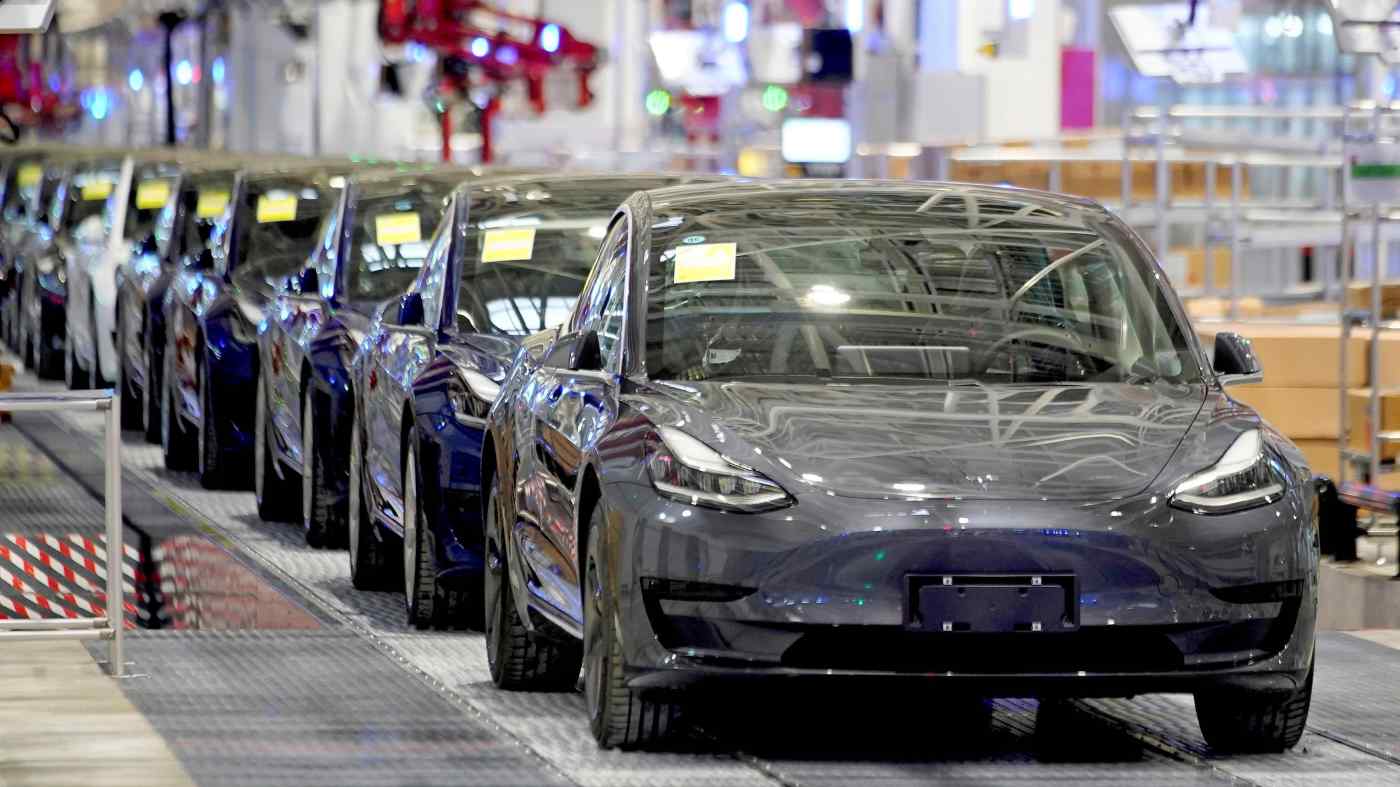 BEIJING -- Word circulated at the recent Beijing International Automotive Exhibition that the Tesla Model 3, an electric four-door compact sedan, will adopt a Chinese-made motor in addition to a battery.

A number of Chinese companies are regarded as capable of supplying motors to Tesla. One candidate is Suzhou Inovance Automotive, which according to a securities house analysis has already supplied motors to emerging Chinese electric vehicle makers such as WM Motor Technology Group and Li Auto. Starting with Tesla, Inovance is set to add major foreign EV producers to its customer list.

Chinese companies are emerging as suppliers of not only batteries but also other components for electric vehicles. A Chinese research firm reported that Zhejiang Sanhua Intelligent Controls, a maker of heat-control parts for electric vehicles, has Tesla, Volkswagen and General Motors on its customer list. In addition, Xiamen Hongfa Electroacoustic, which manufacturers electronic parts for EVs, is already doing business with Tesla, VW and Daimler.

In fact, Chinese suppliers of components to major U.S. and European automakers are increasing.

It is wrong to conclude that low prices are the sole attractiveness of Chinese suppliers to automakers. Intense competition in the global market is prompting them to advance their technologies. Tesla has turned to CATL as a supplier of batteries not just because of its low prices but also because of its advanced technology of developing batteries that don't use cobalt, said a person familiar with the matter.

"CALT is leading the world in a certain area of battery technology," said an executive at a Japanese automaker. A German carmaker executive added that Chinese suppliers are indispensable in the procurement of EV components.

Given the expanding Chinese auto components industry, China under the leadership of President Xi Jinping is promoting the creation of Chinese supply chains, replacing its past target of developing automakers capable of competing globally with big Japanese, American and European carmakers. The strategic shift has been prompted by the deepening rift between the U.S. and China and the stagnation of international logistics resulting from the coronavirus pandemic.

The shift is closely related to a "dual circulation" policy unveiled by China in July. Although the policy remains vague, it is believed to be pointed at achieving growth mainly in the domestic economy while maintaining synergistic interactions with foreign economies.

China will initially create a huge domestic economic circulation, said professor Xue Lan of Tsinghua University, who is involved in preparation of strategies for the policy, revealing that the world's second-biggest economy will reinforce domestic supply chains.

China is pushing ahead with the creation of supply chains covering roughly half of the global EV market. Sanhua and Hongfa have already captured bigger global market shares than Japanese companies, according to a survey.

There will be no problem if almost all electric vehicle components are made by Chinese companies, said Brian Gu, president of the Chinese EV startup Xiaopeng Motors. At the Beijing motor show, which ended in early October, some people said a day may come soon when all EV parts are manufactured by Chinese companies. The possibility of Tesla cars 100% made in China is growing more realistic.