Officials call on industry for tech breakthroughs and consolidation 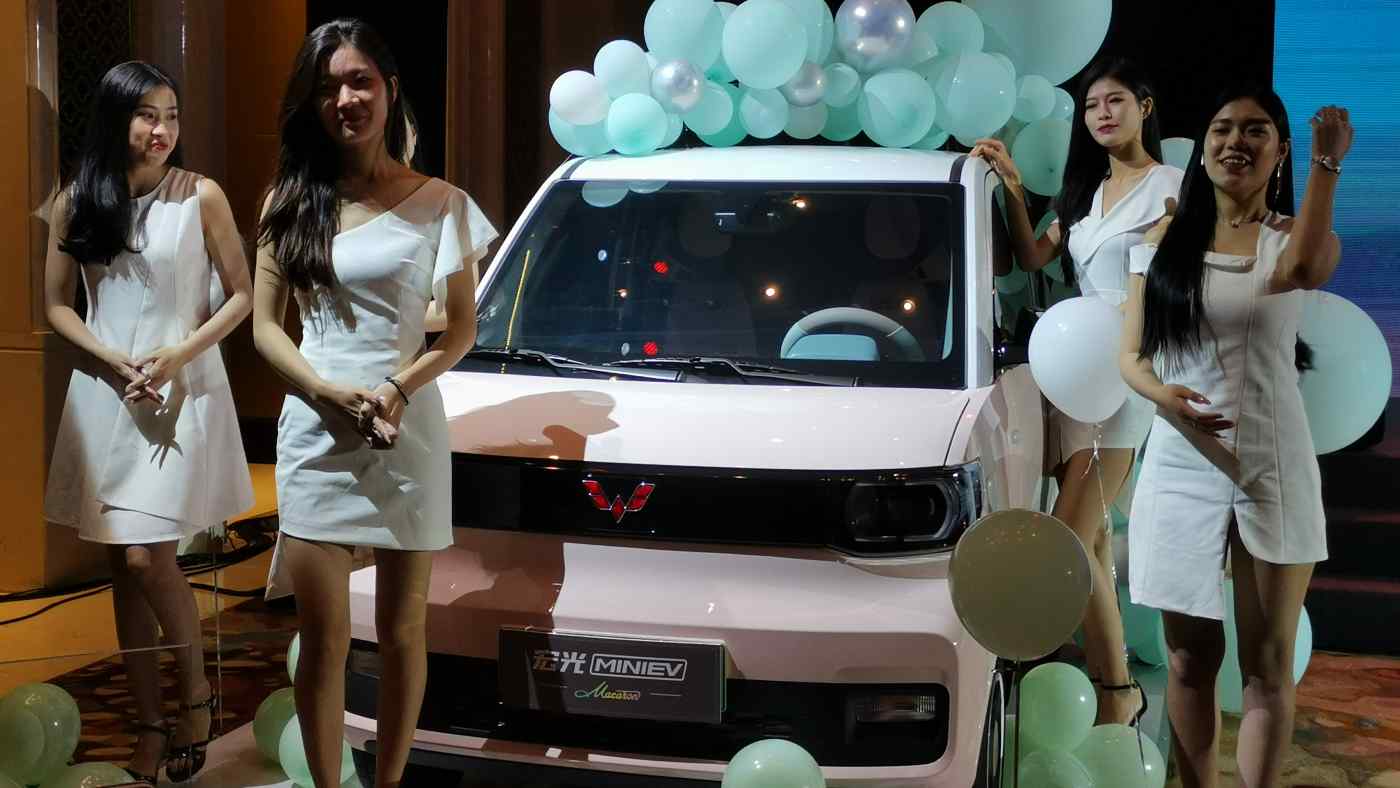 Chinese consumers bought 1.79 million electric vehicles over the first eight months of 2021, up 194% from the same period last year. This expansion compared with 14% growth for overall auto sales.

Analysts have credited the sales growth in part to new lower cost models, many with better design and range. The top-selling model by far though has been the Hongguang Mini EV, a basic compact priced from 28,800 yuan ($4,458) and made by a joint venture between General Motors, state-owned SAIC Motor and local manufacturer Wuling Motors.

Addressing the World New Energy Vehicle Congress in the southern city of Haikou this week, William Li, chief executive of New York-listed EV maker Nio, said that the industry should be able to meet the government's goal of having EVs account for 20% of total sales next year, three years ahead of target.

While applauding the sector's development, Vice Premier Han Zheng said at the conference, "Capitalizing on enterprises' innovation drive, we should accelerate breakthroughs in core technologies such as chips used in vehicles and operating systems, and overcome the bottleneck of fuel-cell technology."

"We should... make full use of multilateral and bilateral mechanisms to further promote cooperation in policy coordination, technological innovation and actively integrate into the global industrial chain," he said.

Like other carmakers globally, Nio and many of its Chinese peers have struggled to secure enough microchips to sustain production output. Early this month, Nio trimmed its forecast for July-September deliveries to a range of 22,500 to 23,500 vehicles from 23,000 to 25,000 previously due to the chip shortage.

Reflecting the vice premier's call for innovation and global expansion, Nio last week showed off its first sedan, following three SUV models, and announced that the new vehicle would be its first to be sold in Germany, Europe's largest auto market.

CEO Li also talked in Haikou of the group's growing network of stations where Nio drivers can swap batteries instead of waiting to charge. It now has 445 such outposts in China, with plans to reach 700 nationally by year-end and 4,000 globally by 2025.

Volkswagen Group, the top automaker by market share in China, aims to more than double its charging points to over 13,000 by 2025. It expects to have 6,000 by year-end.

"Our growing portfolio of EV and the broad charging infrastructure will support the uptake of e-mobility for customers," Chairman Herbert Diess told Haikou delegates.

Calling China the leading frontier for electric and other advanced technology vehicles, General Motors President Mark Reuss told the congress that more than 40% of the U.S. group's model launches in China by 2025 will be EVs.

"China is helping us to drive toward an all-electric future for our customers, both in [the country] and around the world," he said.

An executive from GM's joint venture with SAIC and Wuling told China Daily meanwhile that the company next year will start production in Indonesia as well as begin sales of new models in other overseas markets.

As part of Beijing's call for a more globally competitive EV sector, Xiao Yaqing, minister for industry and information technology, called for sectoral consolidation at a news conference last Monday.

"Looking forward, EV companies should grow bigger and stronger," he said. "We have too many EV companies on the market right now. The companies are mostly small and scattered."

According to Chinese publication Economic Weekly, the country officially has 479 EV companies. Of those, 70 were established over the past two years.

Xpeng, a Nio rival, indicated its openness this week to the call for consolidation.

"If we need additional capacity in a year or two... we may think about using M&A as a tool to get more capacity," President Brian Gu said at a company event on Wednesday, Reuters reported.

Many of the companies have been kept alive by government subsidies, both from the national government and local administrations, leaving the market oversaturated.

"With so many brands in the market vying for attention, it becomes more difficult for messages, positioning, and marketing in general to reach its intended audience, while more competition usually also means there's a cap on how high you can price products," said Tu Le of consultancy Sino Auto Insights in Beijing.