SHANGHAI -- Chinese electric vehicle startup Aiways is expanding its sales footprint in Europe, where more electric cars were sold last year than in China. Aiways has pursued this strategy since it was founded in 2017, as it looks to grow outside China's fiercely competitive domestic market.

The Shanghai-based pure-play EV manufacturer sealed deals with local partners in France and Belgium in January to distribute its flagship midsize sport utility vehicle, the U5.

The move follows earlier deals in Germany and Netherlands last year aimed at capturing a slice of the growing demand for electric cars in Europe. Last year, EV sales in Europe grew by a record of 137% to 1.39 million vehicles, according to data from Sweden's EV Volumes.com. The number of EVs sold on the continent exceeded that of China, where 1.36 million electric vehicles were sold, up 11% on the year.

"We look forward to an expansion of retail channels in China," Samuel Fu, Aiways co-founder and chairman told Nikkei Asia in an interview. "In Europe, an expansion to more countries and regional markets is also in the plan," Fu said without providing details.

Despite the COVID-19 pandemic, Europe has led growth globally in the EV segment, bolstered by government subsidies aimed at reducing carbon emissions and fiercer competition among automakers for market share.

China, for its part, is again in the EV spotlight, not least because it is the largest single market in the world. Technology companies, led by Huawei Technologies, Alibaba Group Holding and iPhone assembler Foxconn, have entered the fray in recent months, collaborating with traditional automakers to produce electric cars in the country.

Counting Tesla of the U.S. and Chinese pure-play EV startups such as Nio, Xpeng and Li Auto, China's EV sales could reach 6 million vehicles or 20% of the overall car market in 2025, according to a forecast by S&P Global Platts. 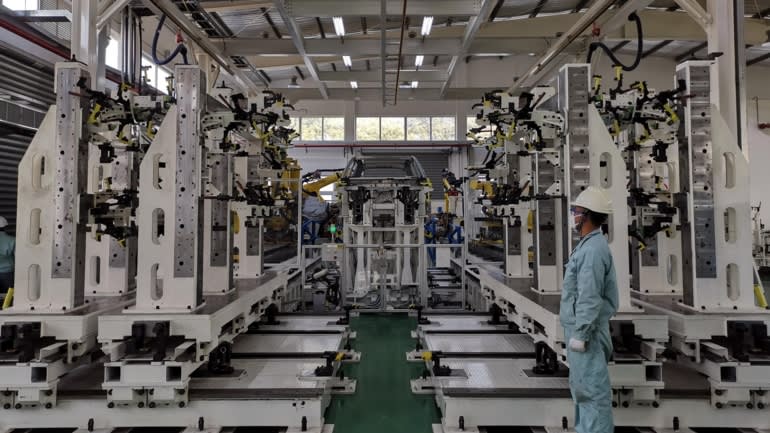 Aiways' R&D center in Shanghai. The company's factory in China's southeastern Jiangxi Province can turn out 150,000 cars a year. (Photo by CK Tan)

Aiways factory in Jiangxi Province has an annual capacity of 150,000 vehicles. The facility is clearly underutilized, given that the company sold fewer than 5,000 cars last year.

Established by Fu, the former CEO of Volvo Cars China, and CEO Gu Feng, former CFO of SAIC Motor, as one of hundreds of Chinese EV startups, Aiways bagged 1.2 billion yuan from angel investor Tencent in 2016 and another 1 billion yuan from the Jiangxi provincial government-backed Minchi Fund in 2019, according to financial data provider itjuzi.com.

It also owns a methanol fuel cell plant in Shanxi Province with an annual capacity of 80,000 units. Aiways says it plans to produce vehicles equipped fuel cells "as soon as 2022" in a nascent subsector that relies heavily on government-built infrastructure and regulations.

The startup aims to list on Shanghai's STAR Market this year, according to local media from Yicai Global and others. "To be able to produce vehicles for the mass market, you need to be well over the $2 billion mark," said Tu Le, managing director of Beijing-based consultancy Sino Auto Insights. 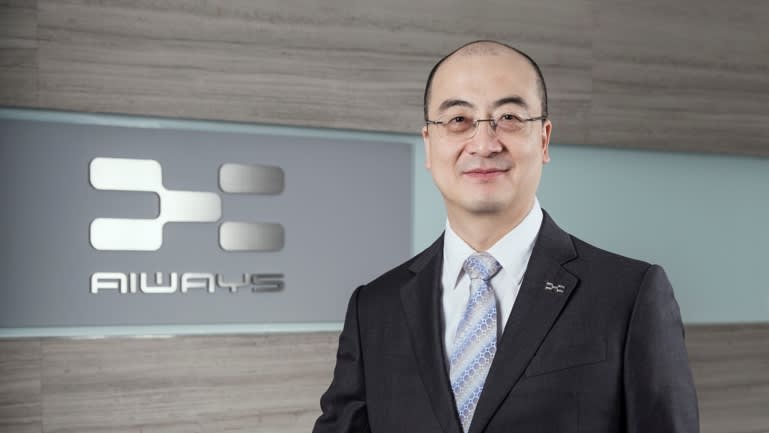 Aiways CEO Samuel Fu says his company "will not rule out" working with high-tech giants, believing his company can learn from their customer service skills. (Photo courtesy of Aiways)

"Many tech giants in China are experienced in user operation, which is something new that [automakers] like Aiways can learn from," said Aiways''s Fu. "Aiways will not rule out the possibility of collaborating with tech giants in the future."

To set itself apart from other EV startups, Aiways has benchmarked itself against European safety standards. Its first model, the U5, has many European technologies, including its power steering system, which is manufactured by Germany's Robert Bosch.

Alexander Klose, general manager of Aiways Europe, believes in the company's prospects, despite its scant overseas track record. The European market is highly mature for internal combustion engines cars, said Klose, who is based in Germany. Aiways has opportunities on the continent because there are "hardly any established EV brands yet," he said.

That may be partly true from a startup standpoint. But traditional automakers, including Volkswagen, are raising the stakes by churning out EVs, making the region a hard nut to crack for newcomers. Aiways' Chinese peer Byton has already largely abandoned its operations in Europe.

And in China, the EV sector has thrived on the back of strong government support, ranging from direct funding to the building of charging stations, drawing over 500 players, by some estimates. The EV industry faces a challenge as the subsidies are gradually withdrawn.