Tesla charms middle-class fans with 'Made in China' Model 3 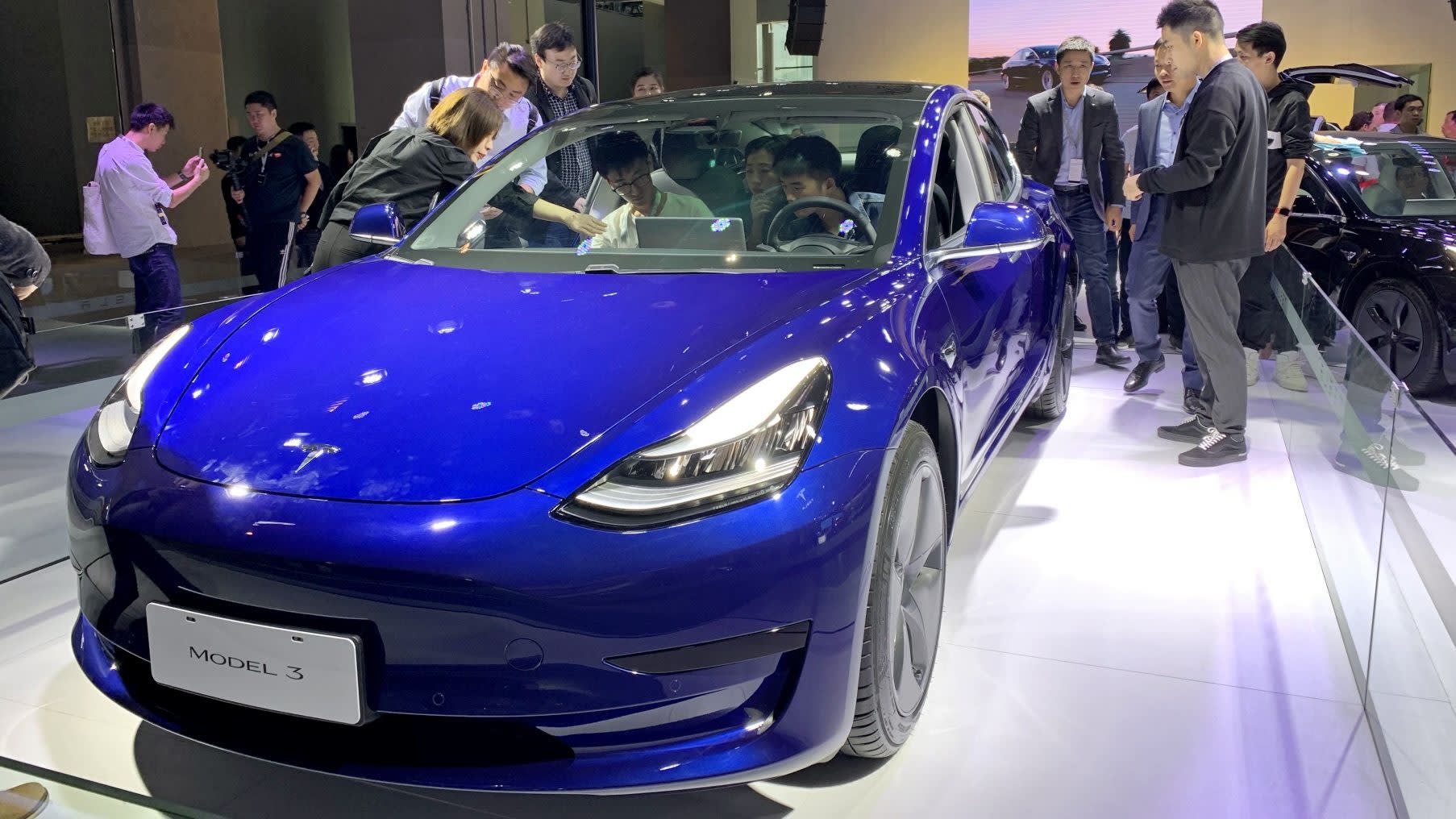 BEIJING -- Tesla began delivering its more affordable Model 3 sedan built in Shanghai to Chinese customers Tuesday, as the manufacturer of pricey electric vehicles broadens its appeal beyond high-income earners to reach out to mainstream drivers.

The development shows how CEO Elon Musk is winning his bet on China, where the company also intends to produce the planned Model Y compact crossover.

"We can afford it so long as both my wife and I work hard," a 40-something employee of a state-run enterprise in Chongqing said, referring to the couple's order for the Model 3. "I want to drive my Tesla when we visit my folks for the Lunar New Year," said the man, who in November left a 20,000 yuan ($2,880) deposit on the car, slated to arrive in mid-January.

Tesla had already charmed luxury-model-loving affluent people, but it became a household name last year when it started mass-selling the imported Model 3. Even with tariffs, the model was far more wallet-friendly than the company's luxury Model S sedan or Model X SUV shipped from abroad, so middle-class motorists rushed to get their hands on the vehicle.

Many electric vehicles in China are used as taxis or ride-share cars, but Tesla is dazzling consumers with its design and technology superiority over competitors, said analyst Alan Kang at market researcher LMC Automotive. The California automaker is widely recognized as a high-tech brand among Chinese consumers, he said. LMC Automotive sees Chinese sales tripling over the next three years from the 2019 estimate.

Local production, launched in the fall, is also fueling the Tesla boom. Because its Shanghai plant, dubbed Gigafactory 3, was completed unusually quickly in just 10 months, only 30% of parts come from local suppliers. But locally built vehicles are not only exempt from taxes on car purchases but also qualify for subsidies, allowing Tesla to sell the Chinese-made Model 3 for less than 300,000 yuan. The automaker seeks to buy 100% of parts from local suppliers by the end of the year.

Tesla's friendship with Beijing is also attractive for customers who work in the public sector. With Musk frequently meeting high-ranking officials, Tesla accomplished the feat of becoming the first foreign automaker with a wholly owned factory in China. Government employees, who tend to make a good living, used to shy away from luxury imports but these days they are eager to buy a Tesla, said a salesperson at one of its dealerships.

While China's new-car sales are forecast to decline this year for a third straight year due in part to the economic slowdown, luxury vehicles continue to enjoy solid demand. Although further cuts in electric-vehicle subsidies are expected to take their toll, Tesla will likely keep luring the wealthy and the middle class alike so long as its locally built cars prove to maintain the brand's quality.