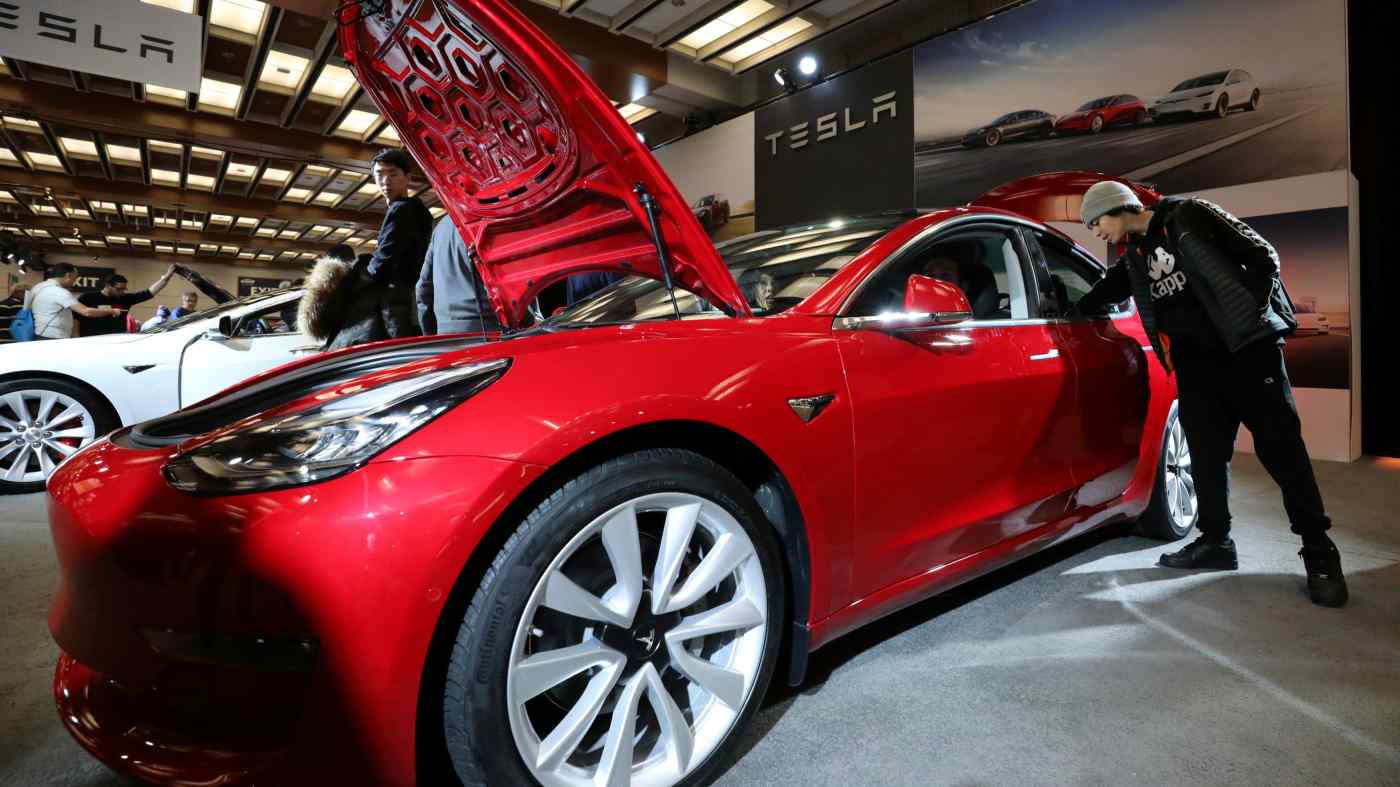 A Tesla Model 3 on display at the Canadian International Auto Show in Toronto. A new factory in Shanghai has given Chinese consumers access to the vehicle at a lower price point.    © Reuters
TAKASHI KAWAKAMI, Nikkei staff writerAugust 25, 2020 02:23 JST | China
CopyCopied

GUANGZHOU -- Tesla became the top seller of electric vehicles in China in the first half of the year, as the locally-made Model 3 gives consumers an affordable way to enter what used to be an exclusive club open only to the rich.

Tesla doubled its China sales to about 50,000 vehicles from a year earlier, even as overall sales in the world's largest electric vehicle market roughly halved to about 235,000, according to Chinese research company Ways. This raised Tesla's market share there to 21% from 6%.