Tesla has over 300 Chinese startups hot on its tail 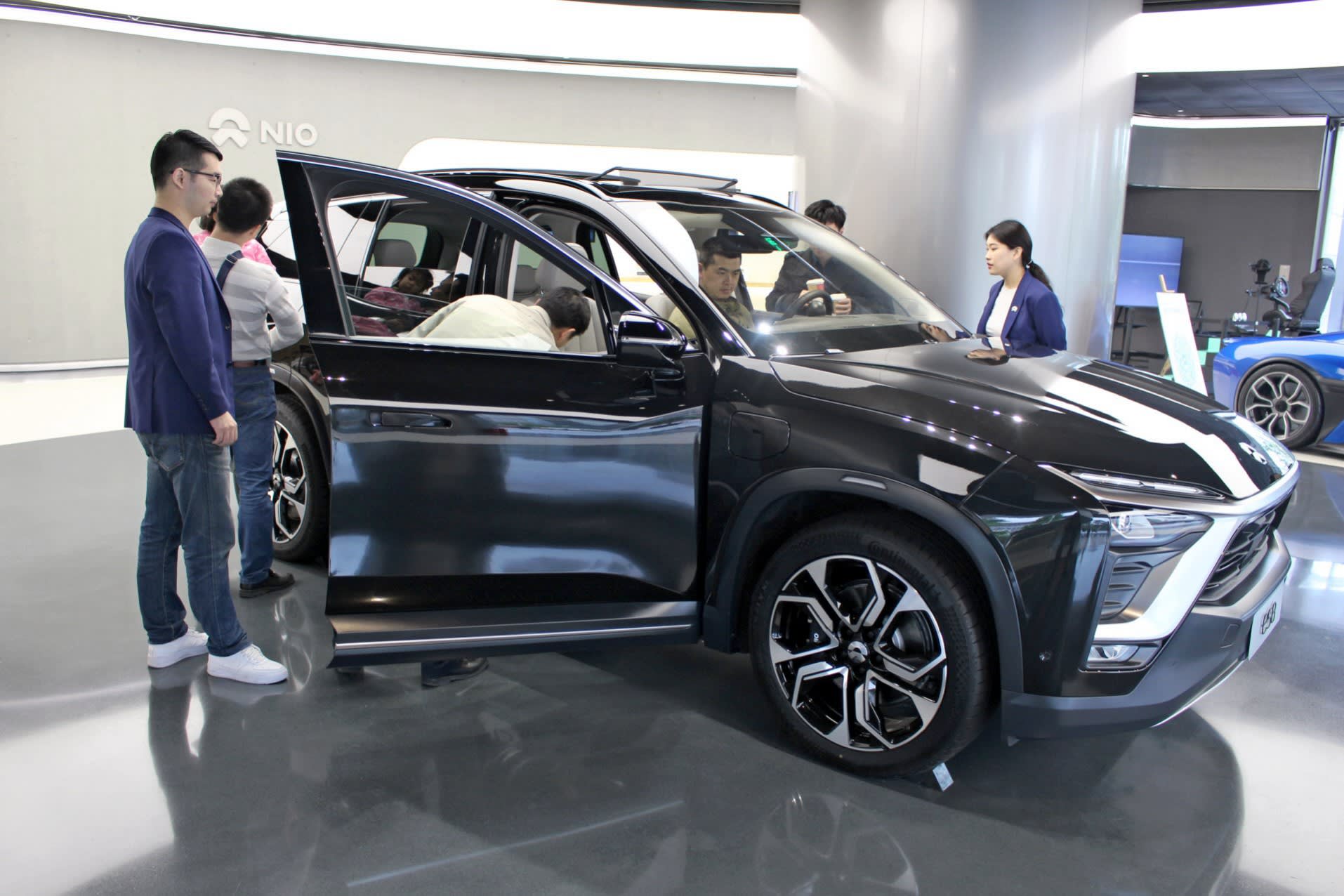 BEIJING -- China's green car policies have become a catalyst for startups that aim to be the country's answer to Tesla.

More than 300 electric car ventures were chasing that distinction at last count, at the end of 2017. Nowhere is the buzz more apparent than in Beijing, where around 59,000 "new energy vehicles" were sold last year -- more than any other Chinese city. These cars are readily identifiable thanks to their green license plates.

Regular gasoline cars still rule Beijing's roads, with more than 5 million owned. But the electric car market has far more growth potential, thanks to growing wealth as well as the government's war on smog.

Starting next year, automakers that produce or import more than 30,000 vehicles in China will have to ensure that hybrid, electric or fuel cell models constitute 10% of their sales volume. This, coupled with obstacles to registering gasoline cars, is expected to spur demand for green autos.

The startups are counting on it.

NIO is one company that has Tesla in its sights. Founded in December 2014, the startup has received capital contributions from investors such as Tencent Holdings, one of China's biggest internet companies.

NIO has a showroom for its NIO brand in Wangfujing, a busy shopping district near Tiananmen Square. A gleaming sports car, the EP9, sits inside. "This car is faster than Lamborghini," a sales representative said. 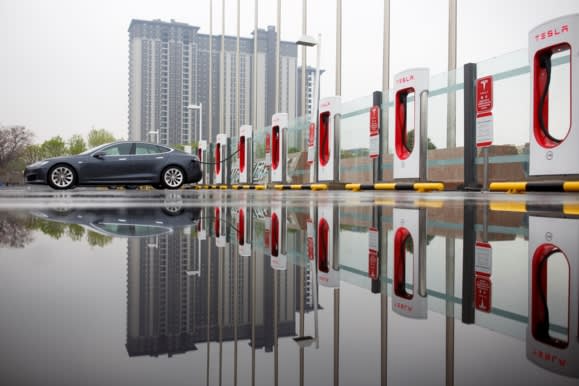 The model is currently available exclusively to NIO shareholders for $1.48 million. Thirteen have been sold, including pending orders.

A second electric vehicle in the showroom comes with a more modest price of about $71,000. The eS8 SUV, announced at the end of last year, is aimed at 30- and 40-something drivers with families. Thanks in part to a variety of subsidies, NIO has taken more than 30,000 orders so far. Full-scale deliveries are to begin in June.

The showroom has an air of luxury, with a spacious lounge for NIO owners on the second floor as well as a cafe, reading room and playroom for children.

A 39-year-old father who decided to buy an eS8 explained, "You are respected if you drive an electric vehicle."

NIO is clearly looking to undercut Tesla with this car. Since the U.S. automaker's vehicles are subject to tariffs and other import expenses, the Model X crossover sells for well over $100,000. The Chinese brand seems to be attracting fairly well-off young drivers who cannot quite afford a Tesla but want an electric model.

I don't want an electric car, to be frank, but I'll buy one because I cannot get a plate for a gas vehicle

Another Chinese startup with its eye on Tesla is Singulato Motors. The company, which has a retail location in Beijing's Chaoyang business district, is poised to launch commercial production and sales of its iS6. With subsidies, buyers stand to pay around $31,000 to $47,000.

"Tesla is a maker we should learn from, but we are not inferior as far as internet technology is concerned," said Sun Rui, Singulato's marketing director. The startup, which began life as an internet company, is trying to differentiate itself by upgrading in-car software according to users' needs.

Though many Chinese consumers are enthusiastic about electric cars, others simply see the path of least resistance.

The government is restricting the issuance of license plates in big cities plagued by traffic jams and air pollution. The odds of obtaining plates for regular gasoline cars, by lot or by auction, are less than 1%. But unlimited plates can be issued for electric cars, after a waiting period.

"I don't want an electric car, to be frank, but I'll buy one because I cannot get a plate for a gas vehicle," said a man in his 70s, who was visiting a dealership of major electric vehicle maker BYD Auto with his wife. "I will look at not only BYD but also many other cars to decide which one."

That move is likely to stoke the already heated competition in China's electric market.