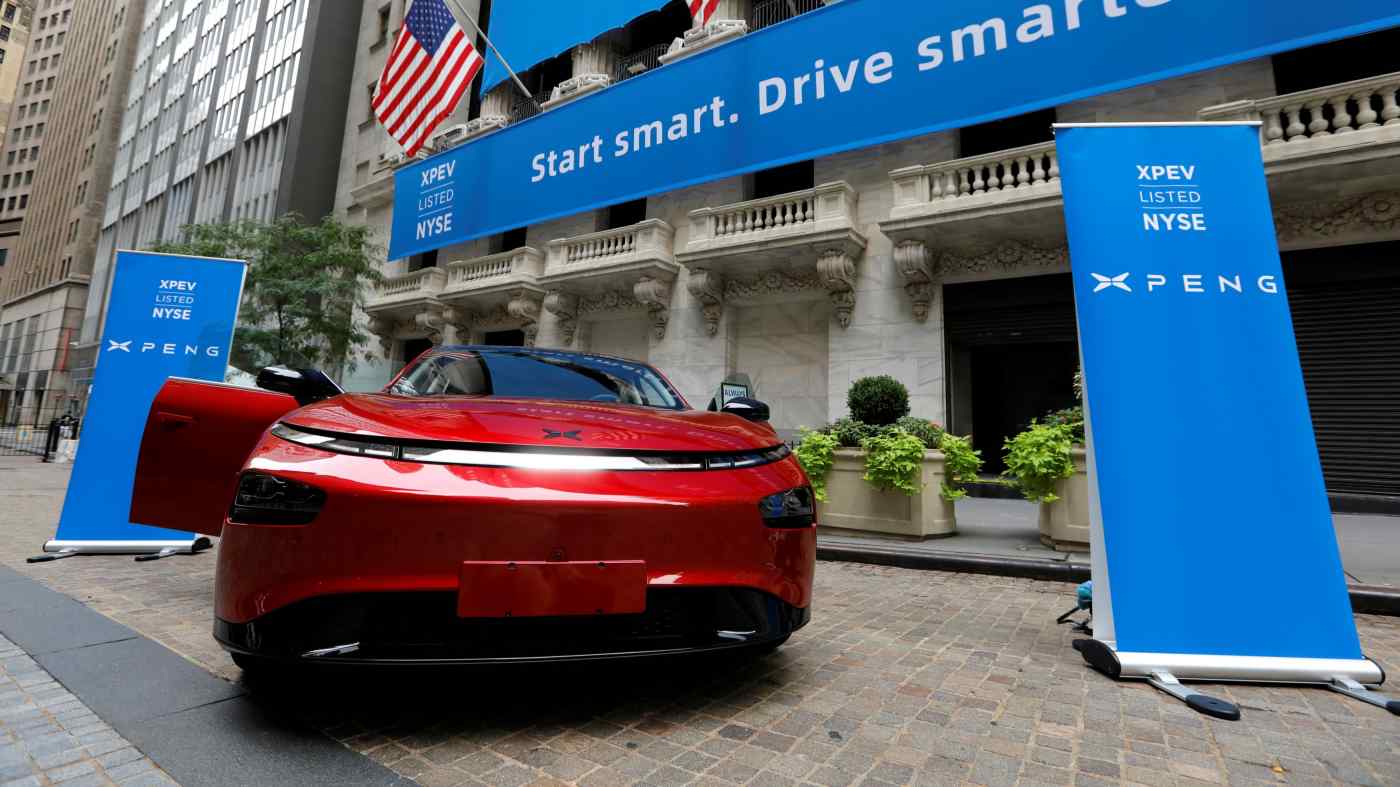 HONG KONG -- Upstart Chinese challengers to Elon Musk's Tesla are raising the stakes in the race to carve up the world's largest electric vehicle market with plans to launch new models for the year ahead.

Nio, the U.S.-listed carmaker whose market value rose more than 12-fold during 2020, will launch its first flagship sedan equipped with the latest autonomous driving technologies on Saturday. Nio's three current models are all sport utility vehicles.

Fellow EV startup Xpeng Motors, also listed in the U.S., plans to launch a compact sedan this year, He Xiaopeng, chairman and founder, told Nikkei Asia. Deliveries of the new model, the company's second sedan, are expected by the end of the year.

The launches will put Xpeng and Nio into direct competition with Tesla, whose Model 3 dominates sales of premium EV sedans in China.

Tesla has been aggressively grabbing market share in China since it started producing vehicles in Shanghai in late 2019, which helped lower its production costs and avoid import tariffs.

It cut prices for the Model 3 several times last year and also recently lowered the price on its new China-made Model Y mid-size SUV by about 30% from the initial price quoted when presales began a few months ago.

Tesla's own shares have soared in value over the past year, making CEO and major investor Musk the richest man on the planet.

William Li, Nio's CEO, and Xpeng's He say Tesla's latest price cuts have had little impact on their orders. However, some analysts believe Tesla is becoming more appealing to Chinese customers as it expands its range.

Others say the Chinese market is big enough to accommodate many players. China wants electric vehicles to make up 20% of all car sales by 2025.

The challenge for Chinese carmakers is to erode the prestige that the Tesla brand enjoys in the world of electric vehicles.

"Like selling clothes and bags, the auto industry is ultimately a business of brand," said Ivan Su, an analyst with Morningstar in Hong Kong. He said the technologies and new features of a vehicle can be learned and adopted quickly by other manufacturers. 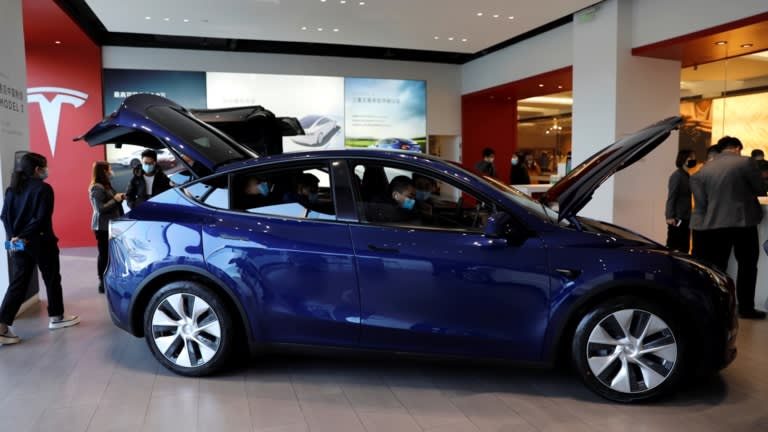 Tesla recently lowered the price on its new China-made Model Y by about 30% from the initial price quoted when presales began a few months ago.   © Reuters

Nio has given few details of what it will launch on Saturday. However Edison Yu, an analyst at Deutsche Bank, said he expects Nio to launch a premium flagship sedan, comparable to BMW's 5 or 7 series models. This would help the company defend its market share against Tesla.

Alan Kang, senior analyst at Shanghai-based consultancy LMC Automotive, said that while Nio needs more new models to help it increase its EV market share, its new sedan might not be more competitively priced than Tesla's Model 3 and Xpeng's P7. "However, the excellent service from Nio will help it win potential buyers," he said.

Su warned against underestimating the appeal of traditional luxury carmakers such as BMW and Mercedes-Benz as longer term rivals to Tesla and the Chinese brands. While the established European brands have been slow to launch EV models, Su believes their offerings could be more appealing to affluent Chinese buyers once they become more serious players in the sector

Mercedes-Benz's first electric SUV for China, launched in late 2019, was poorly received by customers, with sales of less than 4,000 so far. But sales have begun to pick up since the second half of last year.

Yang Hang, a Beijing-based analyst at EqualOcean, believes strong players like Tesla are conducive for the industry's development in China for the long run.

"People who are interested in buying a Tesla will also start learning more about other EV brands," Yang said. The increase in the number of EV launches as well as continued government support will help boost overall sales, he added.