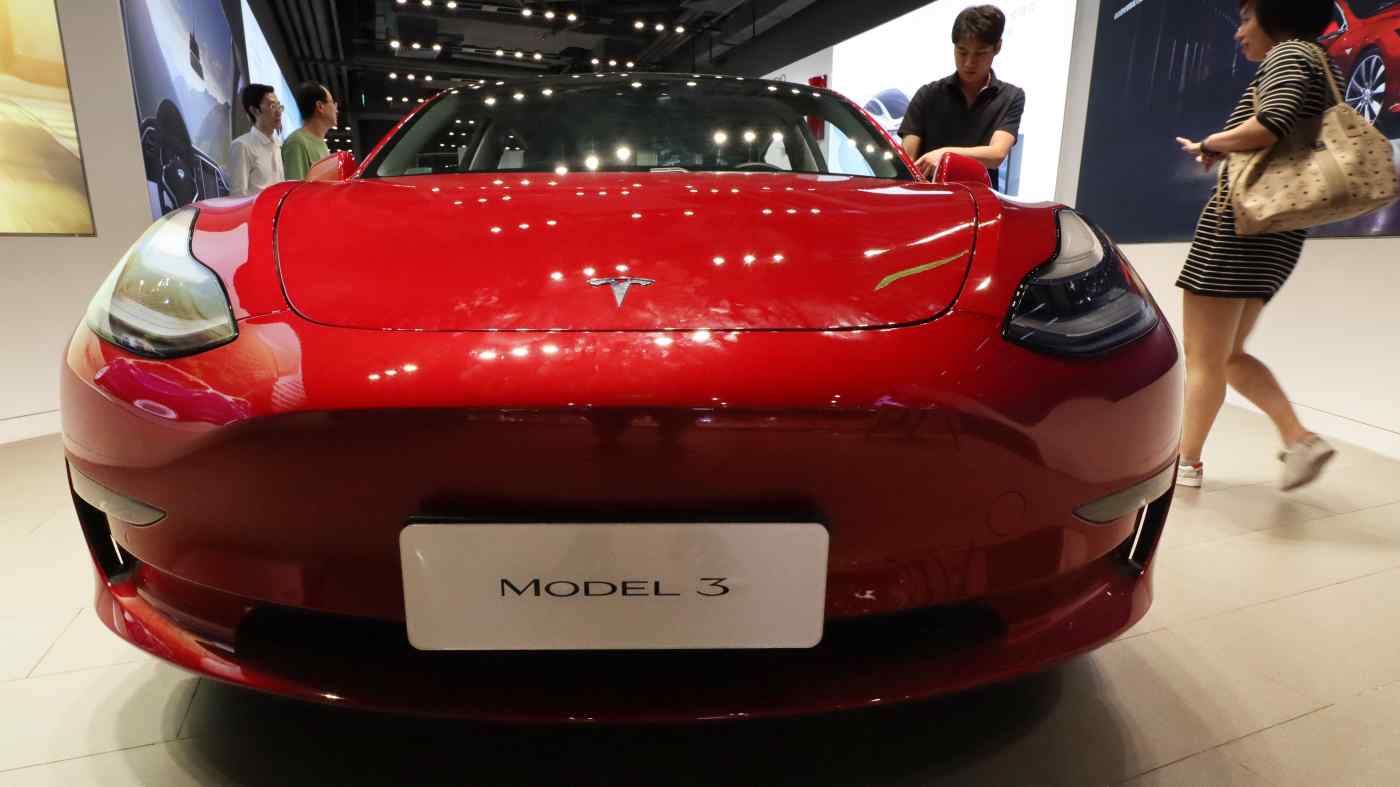 Some Chinese Tesla Model 3 buyers are questioning whether the cars they received were equipped as the company promised. (Photo by Ken Kobayashi)
NIKKI SUN, Nikkei staff writerMarch 4, 2020 21:13 JSTUpdated on March 5, 2020 13:57 JST | China
CopyCopied

HONG KONG -- Buyers of Tesla's first batch of Shanghai-made Model 3 cars have threatened to take the U.S. electric vehicle maker to court, accusing it of substituting promised new control chips with an older version without notice.

The incident emerged last week after dozens of Chinese Tesla owners discovered that the part number printed on stickers on the control unit of their newly delivered cars did not match that in the Model 3's information sheets. It turned out that their cars contained the previous generation of the key control chip.