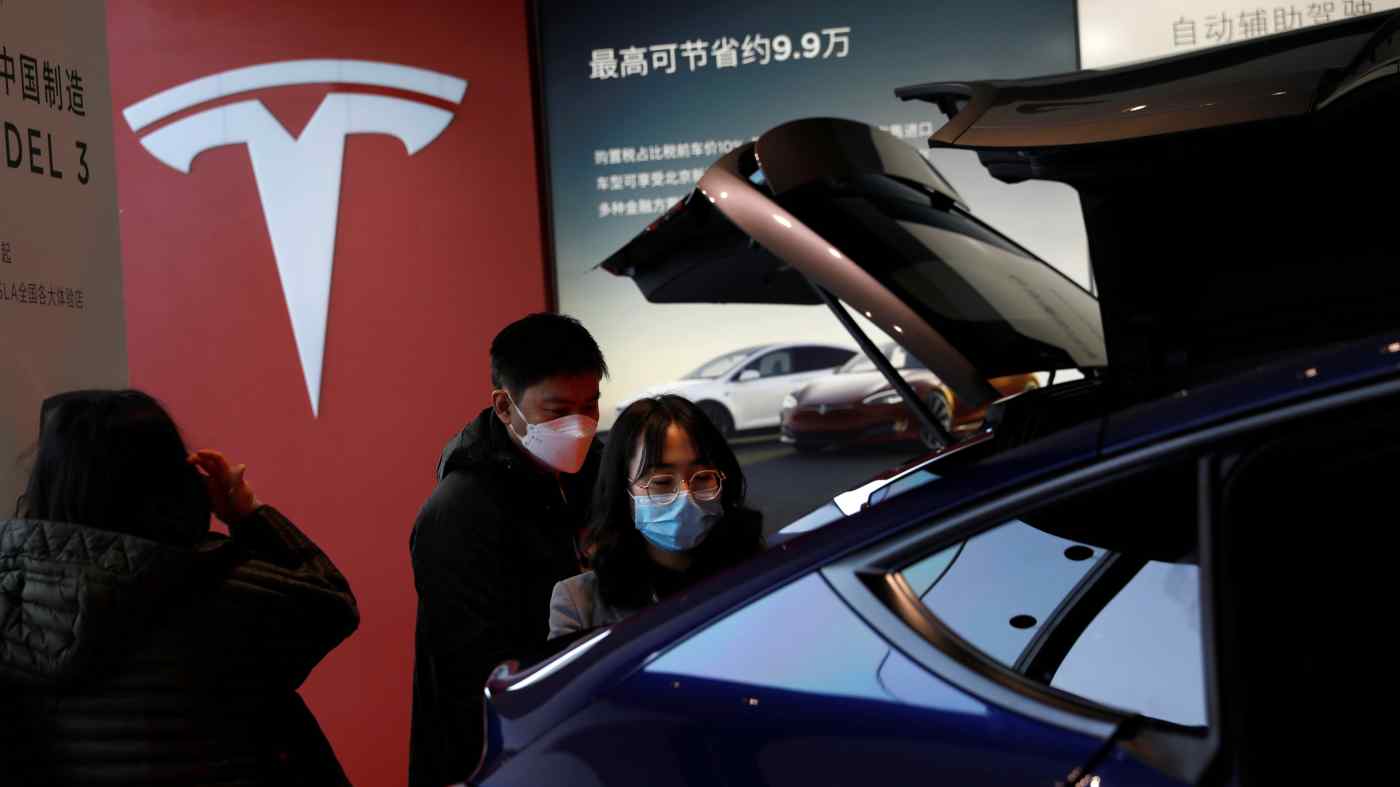 HONG KONG -- Tesla has been summoned to meet with China's market regulator and four other central government departments over customer complaints about vehicle malfunctions.

The statement published by the State Administration for Market Regulation on its website on Monday evening said Chinese consumers had complained about unusual acceleration, battery fires and problems with updating the cars' software.

Tesla executives from Shanghai and Beijing were called into the "recent" meeting with the department as well as representatives of the Ministry of Industry and Information Technology, the Ministry of Transport, the Cyberspace Administration of China and the Fire and Rescue Department of the Ministry of Emergency Management, the statement said.

"We urge Tesla to strictly comply with the laws and regulations in China, strengthen its internal management, and fulfill its responsibility to ensure product quality and safety, as well as protect consumer rights," the statement said.

Tesla on Friday issued the latest in a series of recalls for cars imported into China before it began production in Shanghai, this time covering about 36,000 Model S and Model X vehicles.

Tesla two weeks ago posted its first annual profit, thanks in large part to surging demand in China for its locally produced cars. "We are currently the leader in the Chinese market," CEO Elon Musk said at the time. "We're mostly doing something right."