Toyota gears up to produce 400,000 green vehicles in China

Automaker must boost production under Beijing's rules for new-energy cars 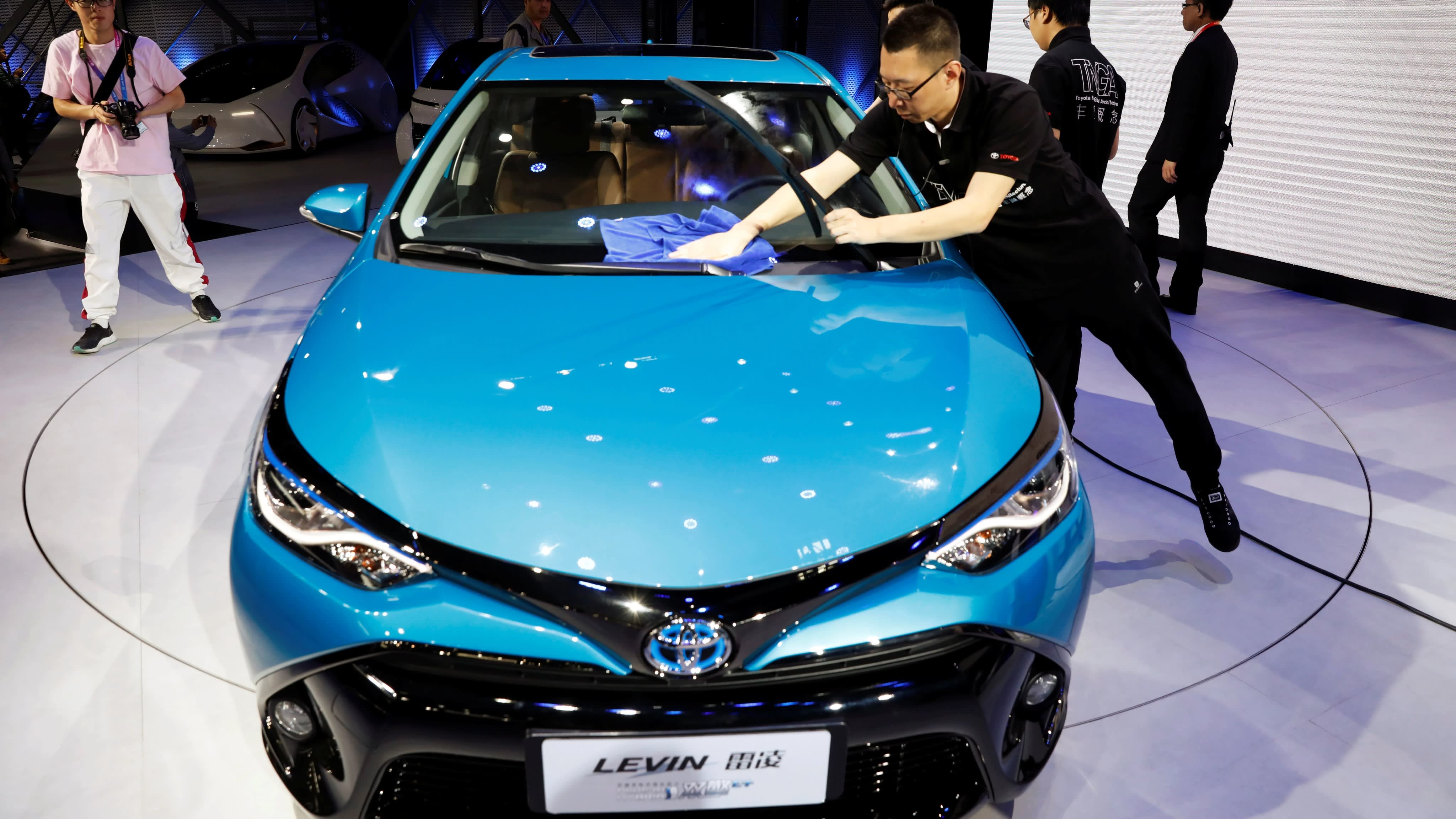 Toyota displayed its Levin plug-in hybrid at a Beijing motor show in 2018, but the automaker produces virtually no hybrid or electric vehicles in China right now.   © Reuters

GUANGZHOU -- Toyota Motor intends to produce as many as 400,000 environmentally friendly cars yearly in China with local partner Guangzhou Automobile Group, through a $1.64 billion expansion of a factory operated by their joint venture.

The Chinese partner, known as GAC Motor, announced the spending. GAC and Toyota each will invest $274 million in the Guangzhou factory, while joint venture GAC Toyota Motor covers the rest.

Toyota's production in China totaled 1.16 million vehicles for 2018, including from a joint venture with China FAW Group, but the tally includes few electric cars or plug-in hybrids. Expanding the GAC Toyota plant would lift that capacity over 30% to 1.56 million vehicles.

The Japanese automaker also is considering an expansion of its plant operated with FAW. Toyota's new-car sales in China grew 14% last year to 1.47 million units.

China already ranks as the world's largest market for green cars, with 1.25 million sold in 2018. The government looks to raise that number to 7 million in 2025. Automakers must devote a certain ratio of production in the country to these so-called new-energy vehicles starting this year, requiring the companies to produce more environmentally friendly cars if they wish to increase sales of gasoline models.

Toyota is adapting its product planning strategy as a result. GAC Toyota began selling plug-in hybrids in February and plans to release electric vehicles within the year. The joint venture is set to launch its own electric vehicle next year.

Volkswagen is also investing 17 billion yuan ($2.5 billion) with local partner SAIC Motor to build an electric-car plant with an annual capacity of 300,000 units in Shanghai. It aims to begin production in 2020.

BYD, China's largest maker of electric vehicles, plans to invest 10 billion yuan for a factory in the Jiangsu Province city of Changzhou.

Seeing room for growth in traditional cars, too, Toyota and GAC are investing $600 million to boost annual capacity at an engine factory to 430,000 units.