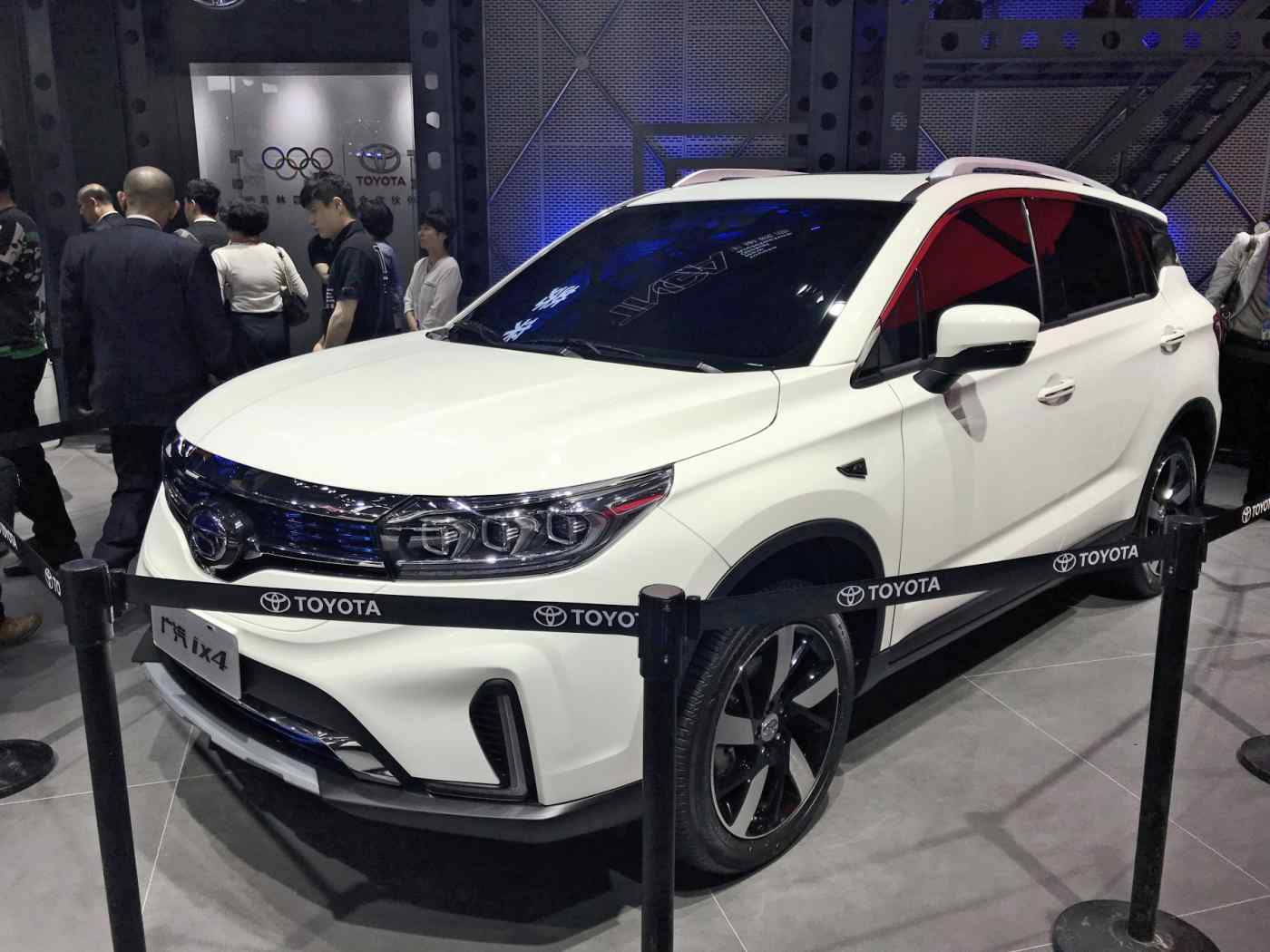 BEIJING -- Toyota Motor will launch an electric car in China this year through a local joint venture as a shortcut into what is already the world's largest market for electrified vehicles, with a view to rolling out its own models in 2020.

The Japanese automaker is seen as lagging on commercialization of electric cars and hopes to catch up with the fully electric ix4 sport utility vehicle from partner Guangzhou Automobile Group (GAC). Sales will be handled by joint venture GAC Toyota Motor. The SUV will carry GAC's name, not the Toyota brand.

Details such as price, range and sales targets have not been released, but the car will likely be available at 5,000 dealers.

Toyota plans to sell its own electric vehicles in China in 2020 with production handled by GAC and FAW Group. Toyota is expected to receive supplies of electric cars and plug-in hybrids from the Chinese manufacturers as early as 2019, when production and sales minimums for so-called new-energy vehicles take effect.

Demand for electric cars in China is growing at a faster pace than expected. Chinese government data shows global sales of electric cars and plug-in hybrids reaching 1.42 million units last year. Chinese sales accounted for 780,000, 55% of the total and more than triple that of the U.S., which was in second place. Consumers here have also shown an overwhelming preference for electric cars from global auto giants like Volkswagen and Toyota.

Toyota aims to electrify over 5.5 million cars, more than half of its current global sales, in 2030, with over 1 million expected to be fully electric or fuel cell vehicles.