Toyota teams with BYD on electric cars for China

Japanese automaker finds another partner in race to catch rivals 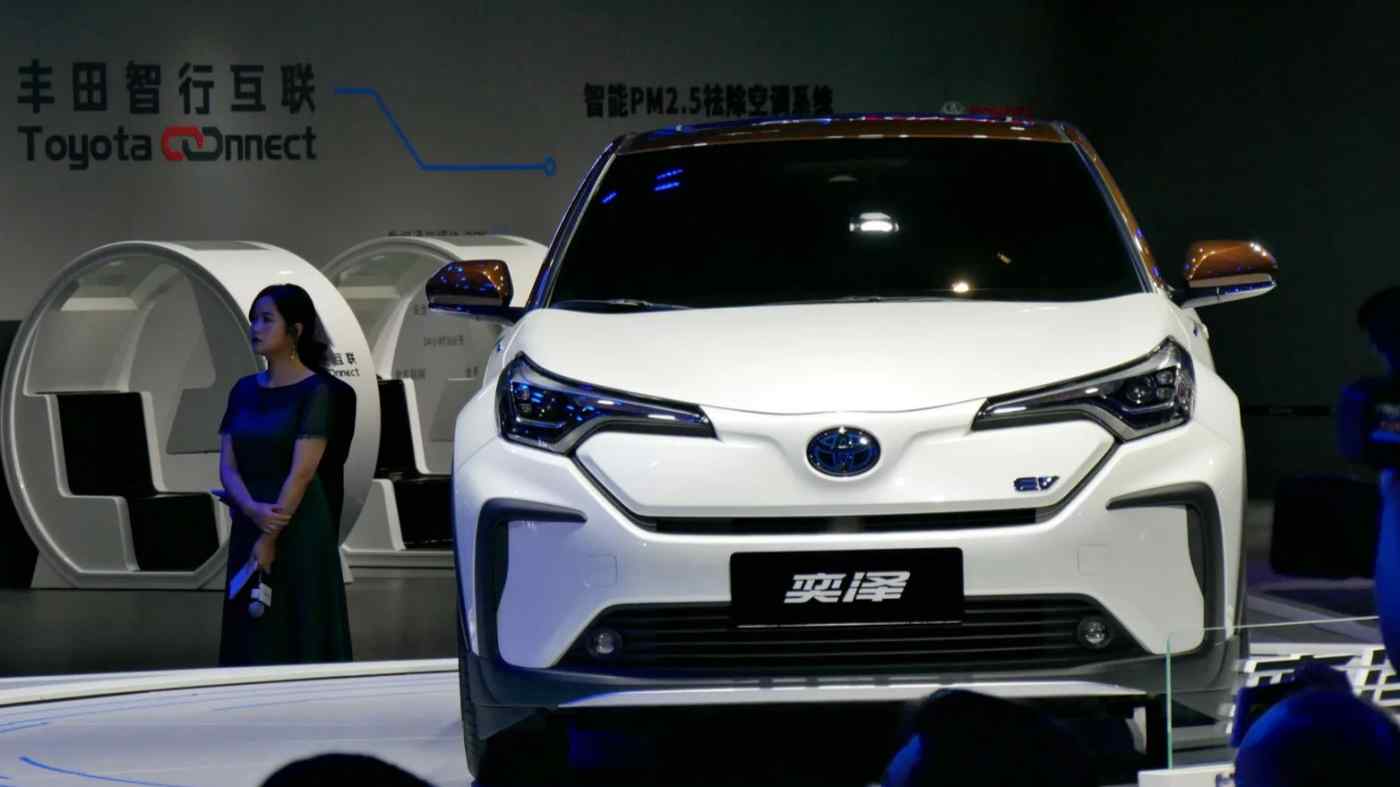 NAGOYA, Japan -- Toyota Motor said Friday it has agreed to develop electric vehicles with BYD, the Chinese leader in that field, aiming to roll out electric sedans and SUVs under the Toyota brand in China during the first half of the 2020s.

The tie-up, which includes development of batteries for electrified vehicles, may also lead to joint production as China loosens restrictions on local manufacturing of environmentally friendly autos by foreign companies. For now, the electric vehicles likely will be manufactured at Chinese plants that Toyota already operates with two local partners.

Japan's biggest automaker has been forming partnerships to make up for its slow entry into electric vehicles, as Volkswagen and other foreign rivals increasingly focus on EVs.

BYD, which started as a battery manufacturer, sold roughly 250,000 electrified autos in 2018. In addition to batteries, the automaker develops motors in-house. It hopes to combine those strengths with Toyota's vehicle design expertise and production technologies.

Toyota's partnership with BYD was prompted by China's move to strengthen environmental regulations in the world's largest auto market. Though hybrids may receive more favorable treatment than initially planned under the newest rules, automakers still will be required to manufacture a certain number of electrics.

By bolstering its EV business, Toyota also hopes to make strides in the Chinese market, where its presence is weak compared with American and European rivals.

Toyota plans to bring a mass-produced electric vehicle to market in 2020, expanding the lineup to 10 or more models in the first half of the 2020s.

The automaker's other partnerships in this field include establishing a business in 2017 to develop technologies with companies such as Mazda Motor and components maker Denso. Toyota also intends to develop platforms with Subaru and release models under both of their brands in the first half of the 2020s.

Toyota and Suzuki Motor have an EV partnership in India. And Toyota has joined forces with China's CATL as well as compatriots Toshiba and GS Yuasa in automotive batteries.

Toyota said last month that it aims to boost sales of electrified vehicles to 5.5 million units in 2025, moving up the target date by five years.