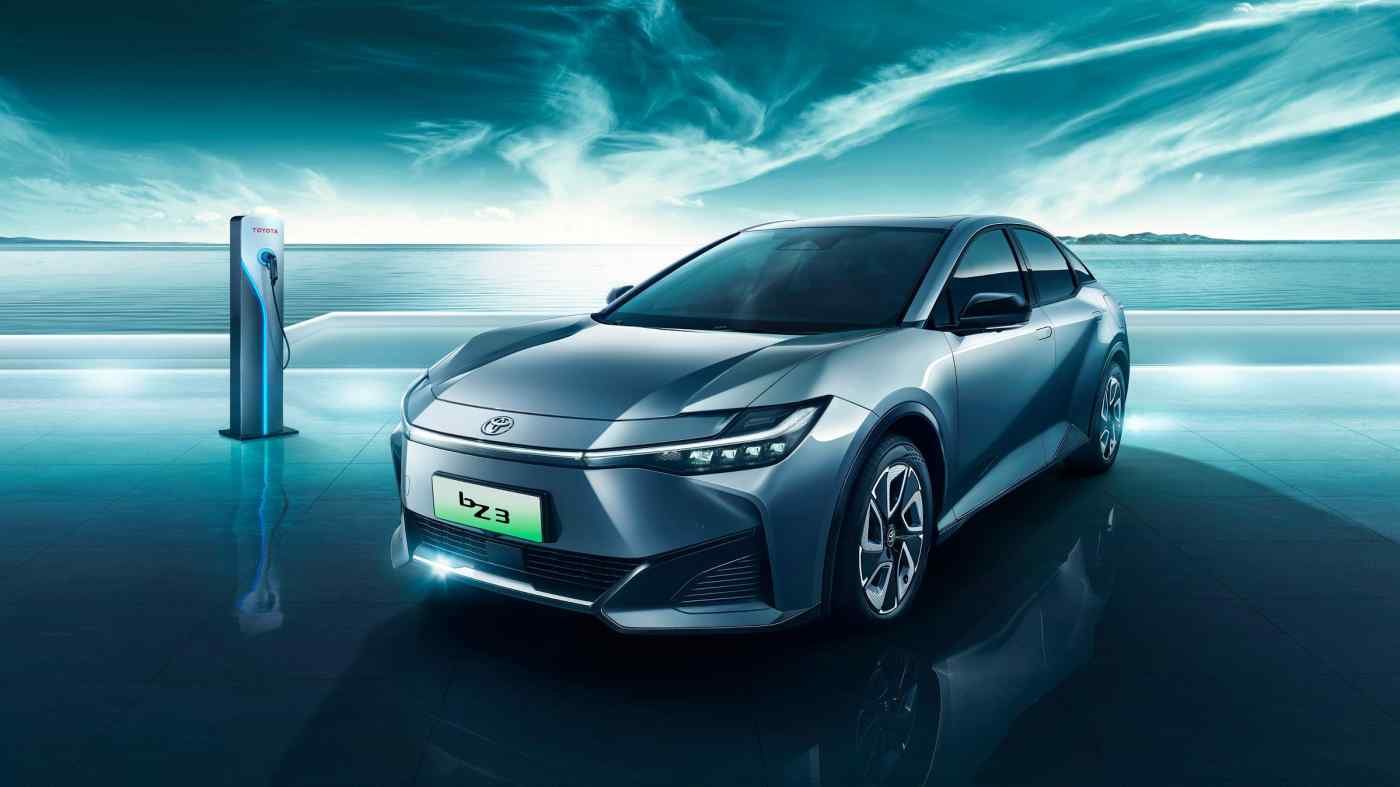 The bZ3 will be built in Tianjin for the Chinese market. (Photo courtesy of Toyota)
KEI MIYATA and TAKASHI KAWAKAMI, Nikkei staff writersOctober 25, 2022 01:04 JST | China
CopyCopied

NAGOYA/GUANGZHOU -- Toyota Motor will soon release its first electric sedans in China, expanding its lineup in the world's largest market for electric vehicles.

Developed with Chinese EV maker BYD, the bZ3 is the second model under Toyota's bZ all-electric series. The first -- the bZ4X sport utility vehicle, developed with Subaru -- has been launched worldwide.