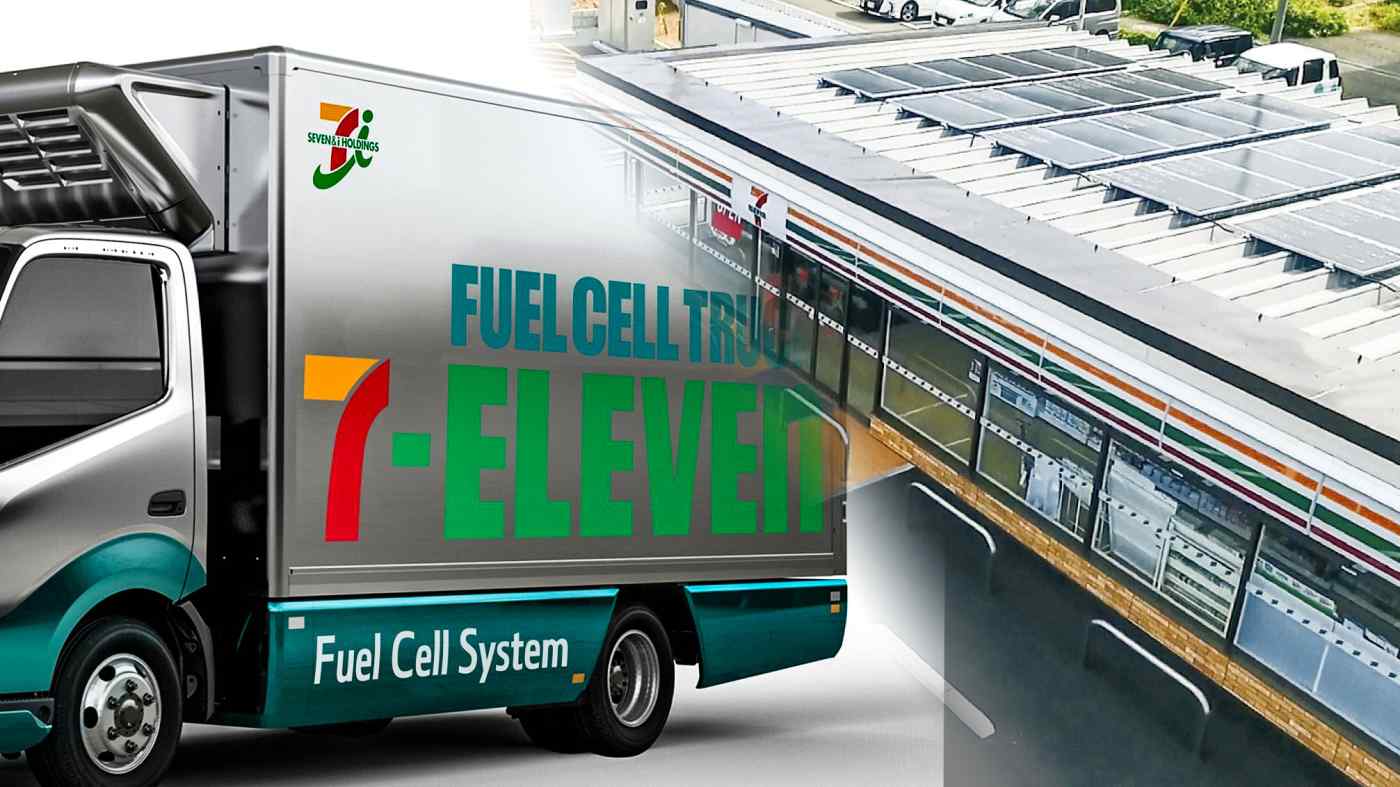 TOKYO -- Seven & i Holdings aims to cut by 2050 its greenhouse gas emissions essentially to zero at its retail outlets in Japan and the U.S., including those of its Seven-Eleven convenience store chain, Nikkei has learned.

The initiative is an effort to highlight its environmental commitment as a global company, as it anticipates an accelerating shift toward decarbonization in the economy.

The Japanese retail conglomerate produces 2.2 million tons of greenhouse gases a year, the largest among the country's retail store operators.

The company is already committed to reducing by at least 80% its emissions from their fiscal 2013 level by 2050. That target has been raised in response to the announcement of Prime Minister Yoshihide Suga's net zero emissions goal for Japan.

According to Seven & i, more than 90% of its power consumption takes place at retail stores. The company's green initiative will promote use of solar panels and LED lamps at retail outlets, while fuel-cell trucks will be introduced for the distribution of supplies, in partnership with Toyota Motor. A pilot program is already underway using two fuel-cell trucks.

The company is also considering entering the business of operating renewable power plants, such as wind farms and hydroelectric plants, as well as investing in renewable energy operators. Purchases of emission credits will be considered if the target is not achievable internally.

The zero emissions campaign will also cover customer service. By 2027, 250 7-Eleven stores in the U.S. will be equipped with charging stations for electric vehicles, which the retailer hopes will attract drivers of electric cars. Many of its stores in the U.S. already have gasoline pumps.

The company also plans to increase use of recyclable materials in its private-label items. Rival retailers are also forging ahead with their own emissions reduction initiatives. Aeon, Japan's largest retailer, has already announced a commitment to reach zero emissions by 2050.

Sweden's Ikea has said that its furniture stores will have their heating and air conditioning equipment powered 100% by renewable energy by 2030.

Services companies typically emit fewer greenhouse gas than manufacturers. But they are eager to demonstrate their environmental commitment nonetheless, as investors have begun placing more weight on corporate social responsibility, including and environmental, social and corporate governance metrics, in evaluating corporate performance.