Asian companies turn to edible packaging to aid the environment Asahi Group Holdings, a Japanese beverage maker known mostly for its beers, has developed a consumable cup with confectionery maker Marushige Seika. The mogu-cup, which resembles an ice cream cone, is made from potato starch and baked at a high temperature to harden it. The cup's name is a play on the Japanese word mogu-mogu, or munching.

According to Asahi, the cup can remain solid for about an hour while holding liquid. Besides drinks, it can also be used for dishes such as curry and soup. It comes in four flavors: plain, shrimp rice cracker, chocolate and nuts. Asahi started selling it in March for 1,200 yen ($11) for a set of 10 regular size cups, each with a capacity of 100 milliliters.

The impetus for the product came in response to tightening regulations over disposable plastic packaging in Europe and Asia. Asahi sells the cup online to both restaurants and for consumers to use at home.

Meanwhile, Marushige Seika, which manufactures ice cream cones and the crisp wafers often served with ice cream in Japan, has also invented its own edible products such as chopsticks made from soft rush plants, the main material used in traditional Japanese tatami floor mats. 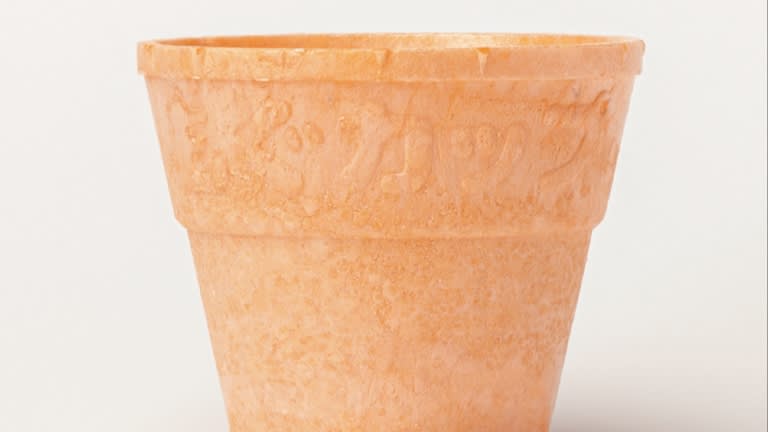 In some ways, though, Japanese companies are playing catch-up to the trend for eco-friendly containers already begun by small businesses.

Machiko Hayashi, owner of 10sense, which operates R J CAFE in Osaka, launched an edible espresso cup called Ecopresso back in 2016 when she was struggling to sell coffee. She started using cups made from cookies and they drew major interest on social media in Japan, South Korea, China and Taiwan. "But now, more companies and cafes are interested in our edible cup because of rising environmental awareness," Hayashi told Nikkei Asia. 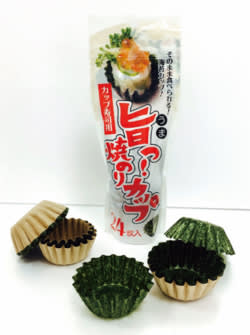 She said orders come not only from other cafes but also large corporations such as carmakers for use in their environmental awareness campaigns. Mercedes-Benz, for example, has its own cafes in Tokyo and Osaka at locations where it offers test drives to customers and Ecopresso cups were used there when the German automaker launched its electric vehicles in Japan. More recently, Hayashi created a gluten-free Ecopresso cup for export and plans to sell it in the U.S. and Europe once the coronavirus pandemic ends.

In the interests of hygiene, Hayashi's cafe makes sure not to place the cups directly on table tops, normally serving them on a saucer so they do not come into contact with surfaces.

The company's main businesses have been developing and manufacturing aluminum -- usually abbreviated in Japan as alumi -- foil as well as plastic containers used for bento meal boxes sold at convenience stores. But amid rising concern over the environment, the company launched edible food holders made from ingredients such as seaweed, bonito flakes and kelp.

While it has been selling them to restaurants and a consumer cooperative, the company said this year it will focus on retailers to reach more homebound consumers. Indian research company MarketsandMarkets expects worldwide demand for edible packaging to grow to $679 million by 2025, up 29% from 2019. While it forecasts that North America will be the largest market between 2019 and 2025, it sees the Asia-Pacific region growing at the highest compound annual rate globally.

Other Asian countries also see seaweed as a source for more sustainable packaging.

Founded in 2016, Indonesia's Evo & Co developed edible cups and packaging materials using algae. The cups, called Ello Jello, come in four flavors, including lychee, orange and green tea, that do not alter the taste of the drinks they hold. Besides being consumable, they can also biodegrade in 30 days.

The Malaysian Agricultural Research and Development Institute, a government body under the Ministry of Agriculture and Food Industries, has began developing edible food packaging made from seaweed, tapioca starch and sago starch.

"It is impossible to totally replace plastic packaging for the time being," Siah Watt Moey, the institute's principal research officer, told Nikkei. But "we can partially replace some of [the] plastic usage, especially for single-use plastic for packaged dried foods," such as packets for instant coffee, instant breakfast cereal and seasoning powder for instant noodles, Siah added.

Though the products are still at the R&D stage, Siah said plans are being readied for commercial production. There are also hopes for collaboration with companies for faster commercialization, she said.