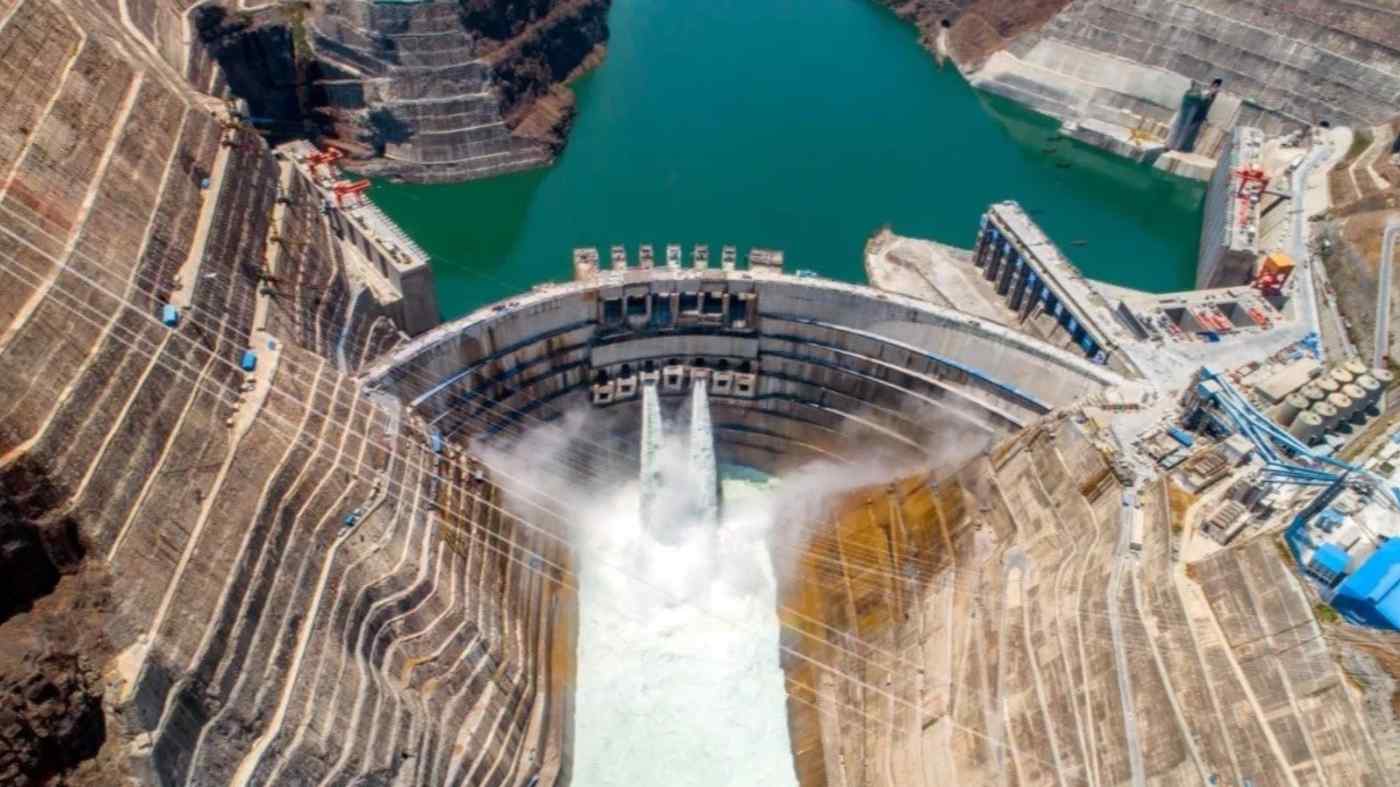 CHONGQING -- China's giant Baihetan hydroelectric dam, the second largest in the country, began generating electricity on Monday, in a boost to Beijing's push toward a carbon-neutral society.

The Baihetan hydropower station, which feeds off the Jinsha River in southwestern China, turned on two of its 16 generating units, each having a capacity of 1 gigawatt. The dam is due to operate at full capacity in July 2022.