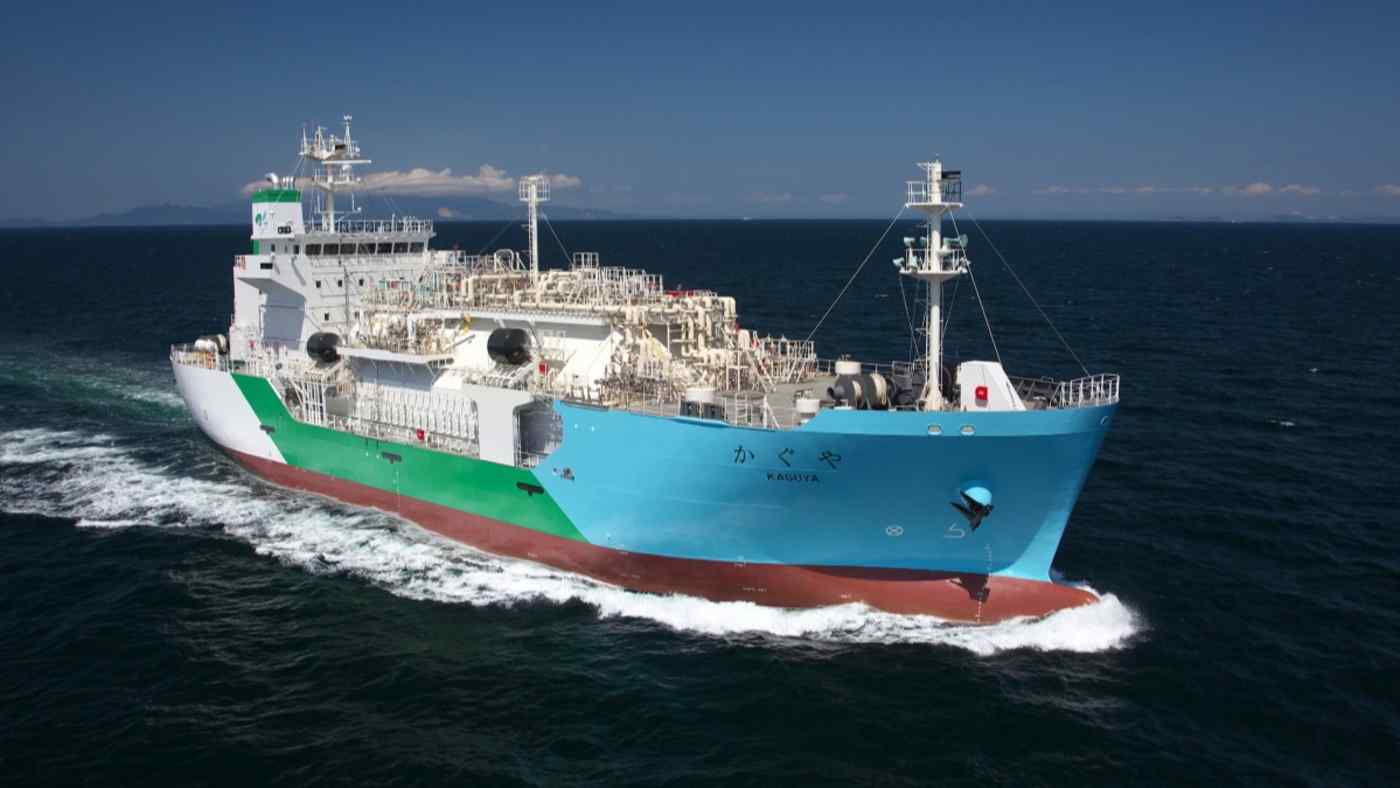 TOKYO -- With an eye on Japan's goal of net-zero greenhouse gas emissions by 2050, Tokyo-based Anchor Ship Partners will launch a roughly 600 billion yen ($5.65 billion) vehicle as early as this month to aid decarbonization efforts in the shipping sector.

The fund will purchase fuel-efficient new LNG carriers to lease to such logistics providers as Nippon Yusen, Mitsui O.S.K. Lines and Kawasaki Kisen. By helping to bring more liquefied natural gas to Japan, Anchor Ship hopes to encourage power plants and other facilities to switch from more carbon-intensive alternatives like coal and petroleum.

The ships themselves will also run on LNG.

The Japanese government is eager to increase the share of renewables in energy production and cut logistics-sector emissions as part of its 2050 goal, and looks to curb carbon dioxide emissions in maritime shipping specifically by 86%. Anchor Ship is part of a growing group of institutional investors that have thrown their support behind decarbonization efforts.

Anchor Ship will consider eventually investing into other vessels that run on or transport such non-carbon-based fuels as hydrogen and ammonia, as well as in other related businesses, like producers of hydrogen tanks. The new fund will be operated in accordance with guidelines from the United Nations Environment Program.

Anchor Ship will seek investments in the new fund from regional banks and other financial institutions. It aims to provide double-digit annual yields, largely from lease income, and to operate the fund for 15 years.

Sumitomo Mitsui Trust Bank will review the fund periodically to see whether it is having a positive environmental impact.

Maritime shipping has surged with the growth of international trade, with global volumes growing 44% in a decade to 10 billion tons in 2019, according to the Japan Maritime Center.

The figure is only expected to rise long-term despite a dip amid the coronavirus pandemic, making curbing emissions in the sector a key priority. Ships account for roughly 3% of global CO2 emissions.

Anchor Ship's first fund was started in 2007 by bankers handling ship financing at what is now Mizuho Bank. The company has launched a total of four funds worth hundreds of billions of yen apiece, and in 2019 it invested in the operator of Nippon Yusen's Asuka II luxury cruise ship. Such funds allow maritime shippers to grow their business without expanding their balance sheets, since they do not need to purchase the vessels themselves.