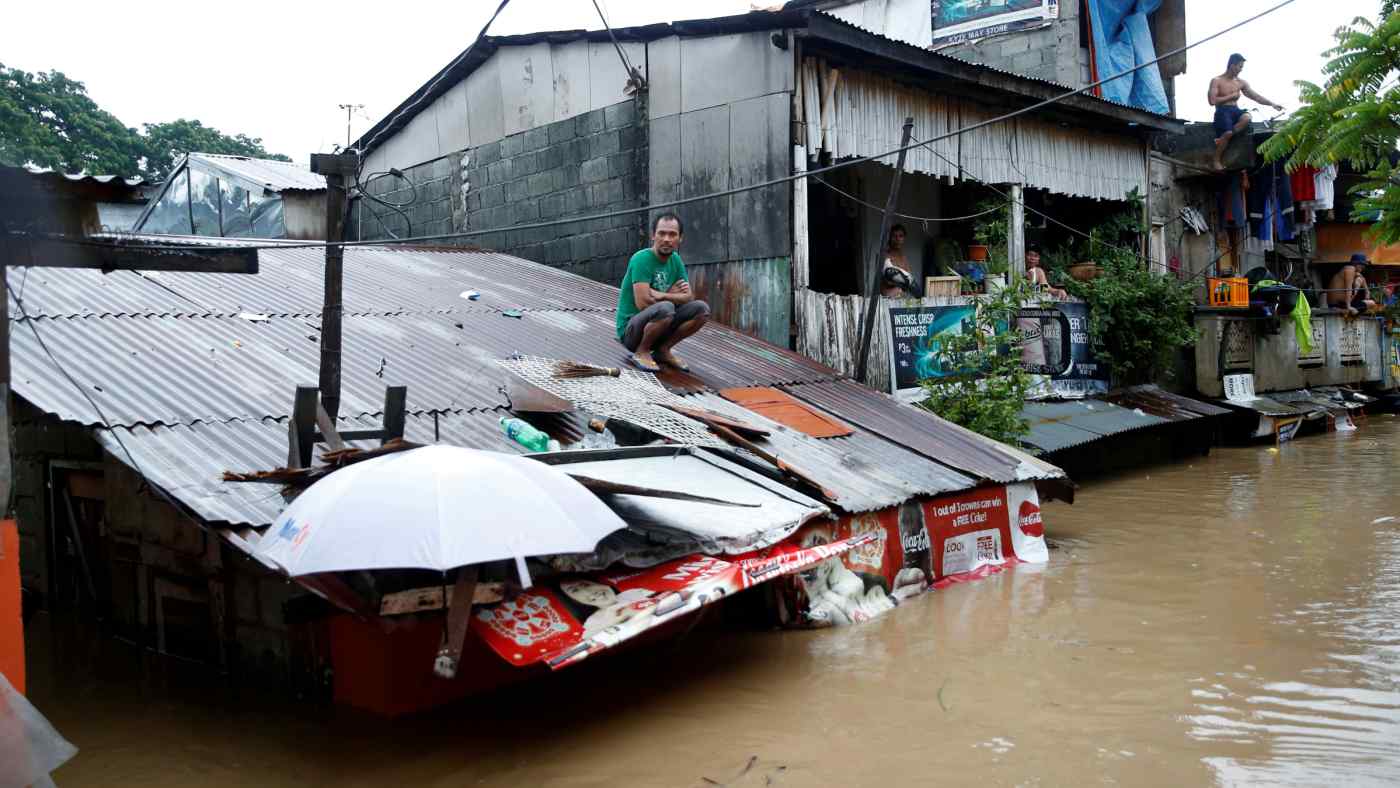 Residents wait to be evacuated after their homes were swamped by floods that was brought by monsoon rains in San Mateo, Philippines, in August 2016. Monsoons and flooding in Asia will worsen as global temperatures rise, according to a U.N. panel.   © Reuters
Nikkei staff writersAugust 10, 2021 00:25 JSTUpdated on August 10, 2021 01:03 JST | East Asia
CopyCopied

TOKYO -- Asia will face stronger monsoons and flooding in the coming decades as global temperatures continue to rise, even under the best scenario for greenhouse gas emissions, a United Nations climate panel said Monday.

Average global temperatures are on track to warm by 1.5 C within 20 years, a decade sooner than predicted in 2018, according to the report from the Intergovernmental Panel on Climate Change. Under these conditions, "heavy precipitation and associated flooding are projected to intensify and be more frequent in most regions in Africa and Asia," the panel said.

"In the long term, South and Southeast Asian monsoon and East Asian summer monsoon precipitation will increase," it said.

The report tightens the deadline for keeping the rise in global temperatures within the 1.5 C ceiling set by the Paris Agreement on climate. This will pose a stern test of international cooperation at the U.N. climate conference known as COP26 scheduled for November.

"It is unequivocal that human influence has warmed the atmosphere, ocean and land," the report said.

Warming likely will hit 1.5 C within two decades even if net-zero global greenhouse gas emissions are achieved between 2050 and 2060, the best of the five scenarios examined by the report. The panel, which previously estimated the time frame for reaching 1.5 C at between 2030 and 2052, refined its projections through improved climate modeling and new data from the Arctic.

People worldwide generated roughly 2,390 gigatons of carbon dioxide between 1850 and 2019, with 1 gigaton equal to 1 billion tons. If total future emissions from 2020 onward are held to 400 gigatons, the panel sees a 67% chance of staying within the 1.5 C limit. But with annual emissions now averaging 30 to 40 gigatons, that mark could be reached in as little as 10 years.

"Droughts have become more frequent in much of continental East Asia while arid eastern Central Asia has become wetter," the panel said. Southeast Asia will face higher floods in the Mekong Delta, and South Asia likely will be struck by more frequent and more severe heat waves.

Mean sea levels worldwide have risen 0.2 meter over the past 120 years, and the annual pace has roughly tripled from the pre-1971 rate. Even if warming is kept within 1.5 C, sea levels are expected to rise another 0.28 to 0.55 meter by 2100 as hundreds of tons of land ice melt each year.

The IPCC's reports, issued every five to seven years since 1990, form the basis for emissions policies around the world and international climate negotiations. This report, the sixth so far, is set to be released in four installments to be completed in 2022.

In light of the latest report, climate negotiators, activists and others renewed their calls for the world to do more to combat global warming.

"Our message to every country, government, business and part of society is simple," said COP26 President Alok Sharma, a former U.K. secretary of state for business, energy and industrial strategy. "The next decade is decisive, follow the science and embrace your responsibility to keep the goal of 1.5 C alive."

"We can do this together, by coming forward with ambitious 2030 emission reduction targets and long-term strategies with a pathway to net zero by the middle of the century, and taking action now to end coal power, accelerate the roll out of electric vehicles, tackle deforestation and reduce methane emissions," he added.