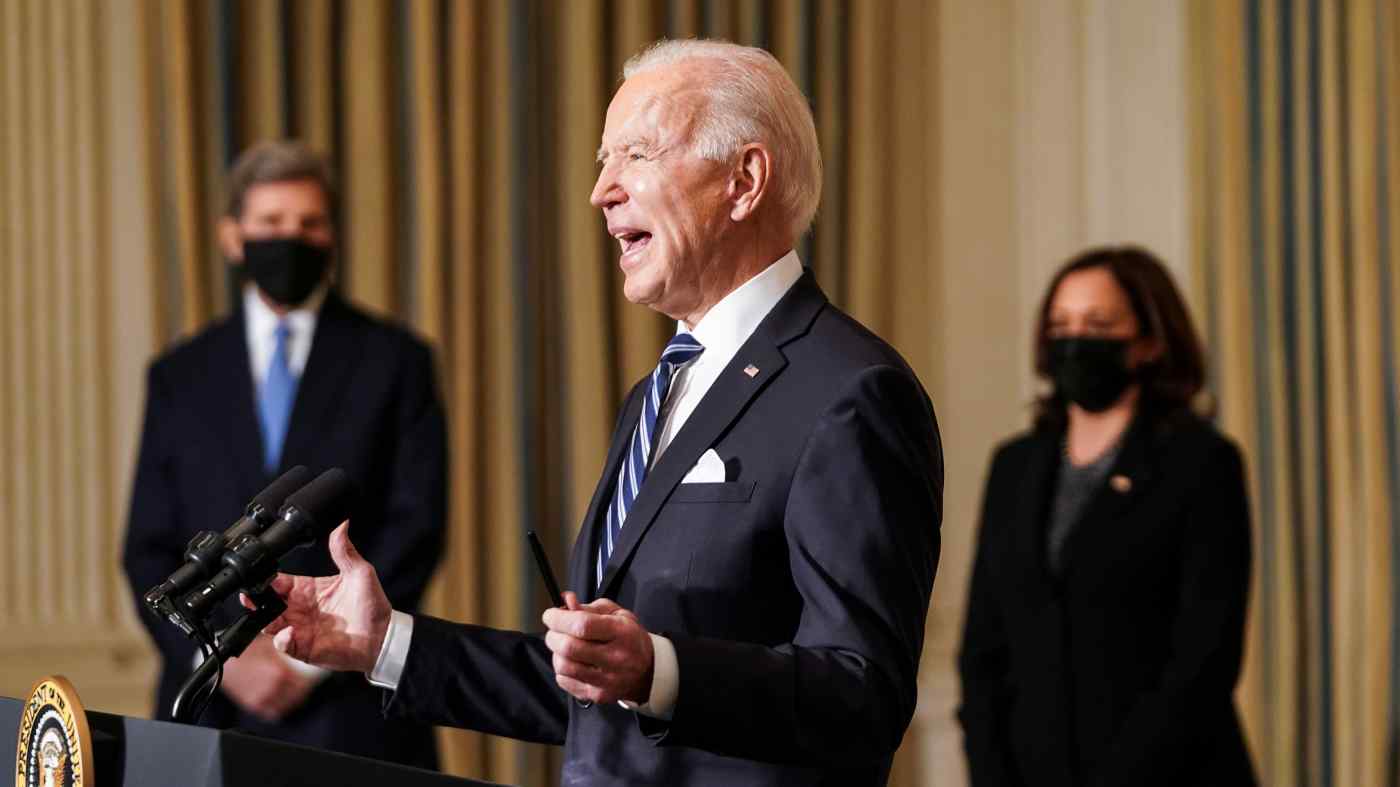 NEW YORK -- U.S. President Joe Biden signed an executive order on Wednesday to "supercharge" the administration's plan to push for clean energy at home and place climate at the center of Washington's foreign policy.

"We've already waited too long to deal with this climate crisis," Biden told reporters before signing the order.

"It is an existential threat."

Titled "Tackling the Climate Crisis at Home and Abroad," the order establishes climate considerations as "an essential element of U.S. foreign policy and national security."

Rising to the challenge is about "American innovation, American products, American labor" but also "about national security and America leading the world in a clean energy future," said the U.S. president.

As part of the order, Biden will host a summit of climate leaders on Earth Day, April 22.

"The convening of this summit is essential to ensuring that 2021 is going to be the year that really makes up for the lost time of the last four years" and that the U.N. Climate Summit to be held by the U.K. in November is a "unqualified success," U.S. Special Presidential Envoy for Climate John Kerry told reporters Wednesday afternoon. 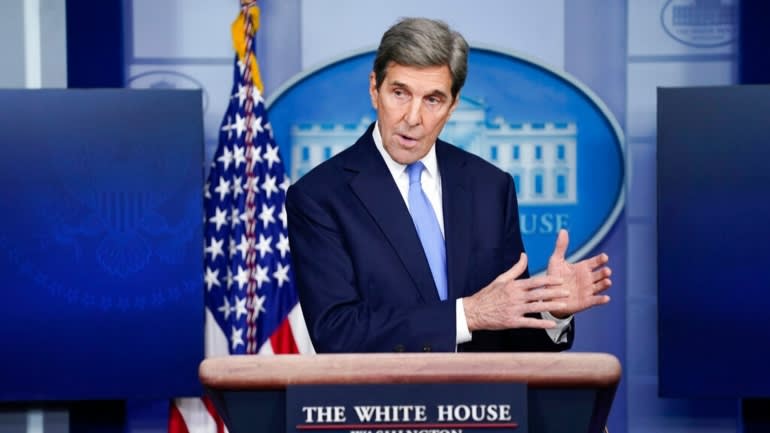 Special Presidential Envoy for Climate John Kerry speaks during a press briefing at the White House on Jan. 27.    © AP

When asked by a reporter how the administration plans to work with China on the climate, the former secretary of state said Washington has "serious differences" with Beijing on issues ranging from intellectual property theft to the South China Sea, and "those issues will never be traded for anything that has to do with climate."

"But climate is a critical standalone issue that we have to deal on," said Kerry, who helped negotiate and signed the Paris Agreement on behalf of President Barack Obama's administration.

Per the executive order, the U.S. will also reconvene the Major Economies Forum on Energy and Climate, a conference that was founded by Obama in 2009 and lasted until President Donald Trump took office in 2017.

It will be a priority for the U.S. to "press for enhanced climate ambition" across a wide range of international forums including the Group of Seven and the Group of Twenty, according to the document. Domestic efforts toward net-zero goals span agriculture, infrastructure and energy policies.

Biden's climate plan, released on the president's seventh full day in office, comes as the U.S. seeks to take a leadership role in the global fight against the climate crisis, an area where Beijing has gained cachet over the past few years in Washington's absence.

The executive actions Wednesday follow Washington's return to the Paris Agreement, which the U.S. president ordered on his first day in office. Per the new order, the U.S. will also start developing its nationally determined contribution -- an emission reduction target each country is required to submit under the climate accord.

At home, with a goal to achieve a carbon pollution-free power sector by 2035 and put the U.S. on a path to a net-zero economy by 2050, the order will direct the U.S. federal government to procure zero-emission vehicles, as part of a broader drive to build a clean-energy economy that can create and support American jobs.

In a blow to America's traditional energy sector, Biden will halt new oil and natural gas leases on public lands or offshore waters "to the extent possible" and order "a rigorous review" of all existing leasing and permitting practices related to fossil fuel development.

To mitigate the clean energy transition's economic impact on fossil fuel workers, the White House will establish an interagency working group, to be co-chaired by the National Climate Advisor and the director of the National Economic Council, to coordinate investments and other efforts to "revitalize the economies of coal, oil and gas, and power plant communities."

Biden first made clear his position on the need to phase out fossil fuels in the U.S. in a presidential debate last fall, causing a stir even among Democrats as the energy sector plays a weighty role in the American economy.

Given the tie in the U.S. Senate -- 50 Democrats and 50 Republicans, with Vice President Kamala Harris as the tiebreaker -- legislative efforts toward phasing out oil and gas through Congress will be difficult and require the Biden administration to reach across the aisle.

But Kerry the climate czar pointed to the business world's increasing recognition of the necessary transition to a clean economy and the growth opportunities that come with it.

"There is a new awareness among major asset managers, commercial banks and others about the need to be putting resources into this endeavor, because it is it is a major investment demand," Kerry said, pointing to BlackRock boss Larry Fink's annual letter to CEOs.