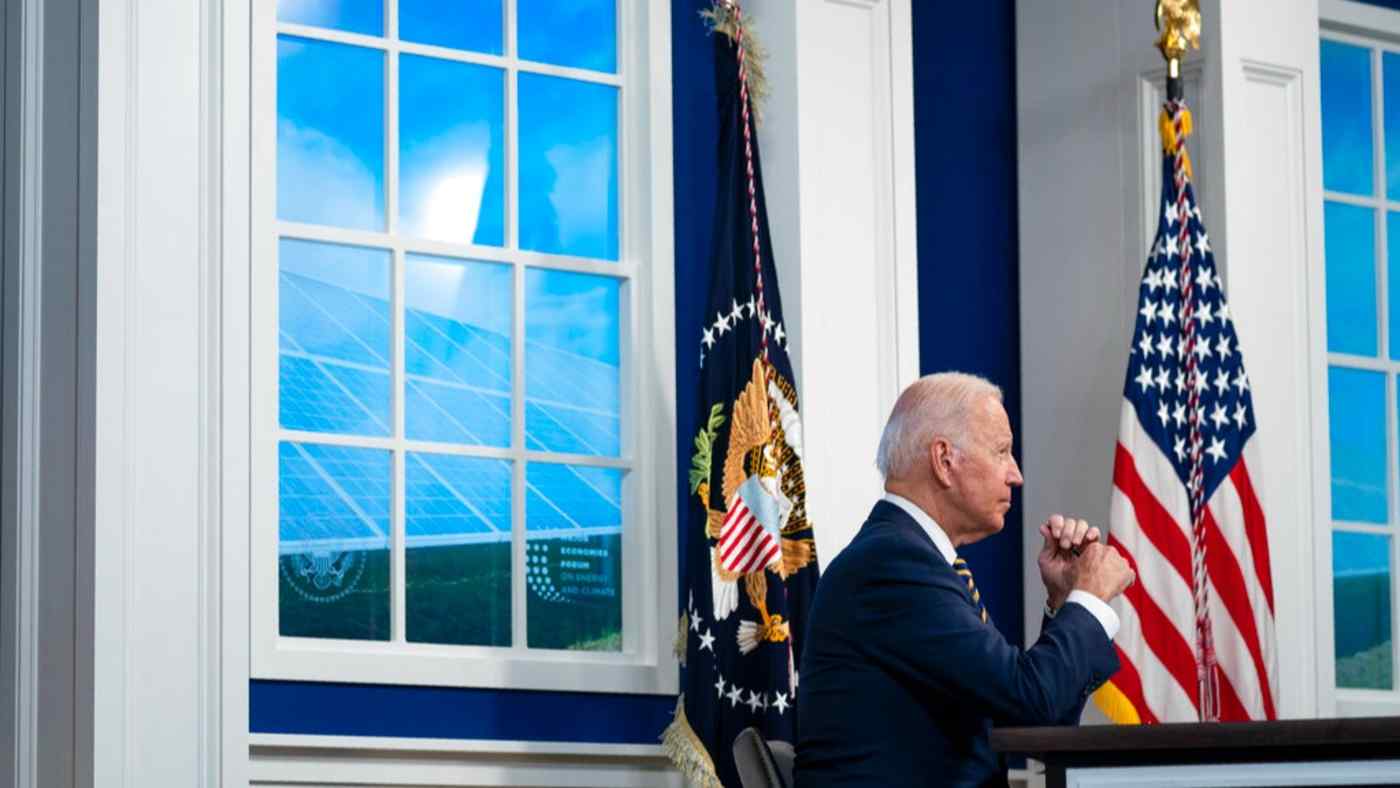 NEW YORK -- U.S. President Joe Biden convened the Major Economies Forum on Energy and Climate Change at the leader level for the first time in over a decade on Friday, urging greater ambitions ahead of the U.N. Climate Change Conference in Glasgow and unveiling a pledge with the EU to curb methane emission.

"We have to bring to Glasgow our highest possible ambitions," Biden said. "[For] those that have not yet done so, time is running out."

The meeting followed a summer filled with extreme weather events across the globe and took place six weeks after a dire U.N. climate report.

The report by the Intergovernmental Panel on Climate Change found that the planet's temperature has already increased by about 1.1 degrees Celsius from preindustrial levels, but there remains a chance to keep temperatures from rising more than 1.5 degrees Celsius if significant action is taken this decade.

"That's our charge now. The science is clear, and it's up to the countries assembled here today to lead a decisive global response," said U.S. Secretary of State Antony Blinken, who also attended the forum.

Absent from the meeting were Chinese President Xi Jinping and Indian Prime Minister Narendra Modi, whose nations along with the U.S. lead the world in carbon emissions. The two nations were represented by cabinet-level officials.

The contents of the dialogue were not made public, as the MEF was meant to be a "candid conversation" six weeks before the U.N. Climate Change Conference without many public announcements or commitments, a senior Biden administration official said. But the U.S. and EU did officially announce a previously reported pledge to reduce methane emissions by 30% below 2020 levels by 2030.

The MEF allows the Biden administration to position its climate and domestic policy ambitions at the fore following several weeks of criticism over its withdrawal from Afghanistan. Last week the U.S. Senate voted to pass a $1 trillion infrastructure bill which includes policies to address climate change.

As well as affording an opportunity to assess progress made to date, the meeting served as a continuation of sorts of the Leaders Summit on Climate that Biden organized in April during which many countries affirmed a commitment to the 1.5-degrees Celsius limit.

"We must be honest to ourselves and to our citizens," said Italian Prime Minister Mario Draghi. "We are falling short of this promise."