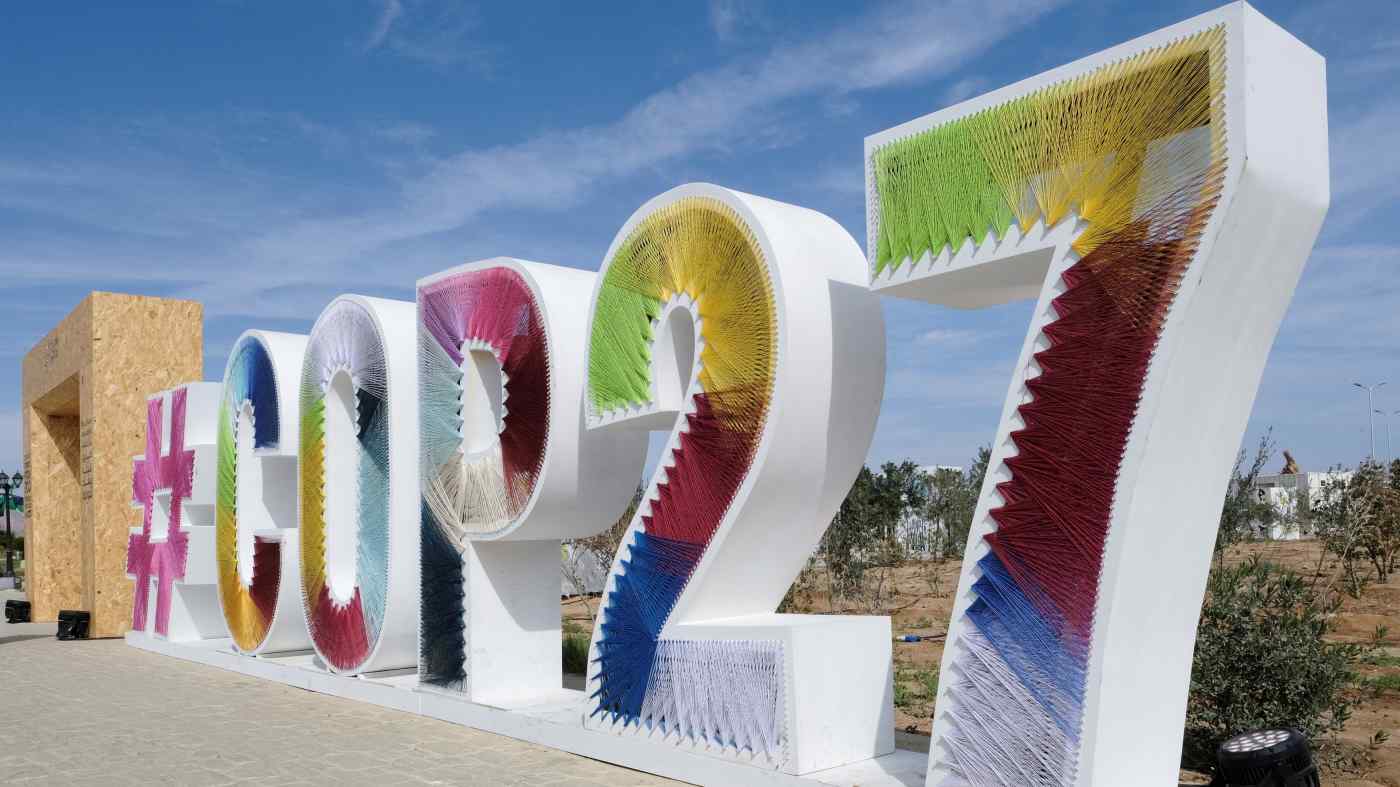 An EU proposal for a bond fund to help pay for loss and damage to developing countries from climate change has raised hopes among some delegations at COP27 in Egypt.   © Reuters
November 18, 2022 20:05 JST | Europe
CopyCopied

SHARM EL-SHEIKH, Egypt (Reuters) -- Climate negotiators on Friday were mulling a late-night European Union proposal aimed at resolving a stubborn impasse over financing for countries hit by climate-fueled disasters and pushing this year's U.N. climate summit in Egypt closer to a final deal.

The EU proposal would be to set up a special fund for covering loss and damage in the most vulnerable countries -- but funded from a "broad donor base."

That suggests high-emitting emerging economies like China would have to contribute, rather than having the fund financed only by rich nations that have historically contributed the most to warming.

"What we would propose is to establish a loss and damage response fund for the most vulnerable countries," EU climate policy chief Frans Timmermans told the COP27 summit.

The loss and damage issue has dominated this year's summit, with more than 130 developing countries demanding that the meeting deliver a deal on a new fund to help them cope with the irreparable damage of floods, drought and other climate impacts.

The United States and EU had previously resisted the idea, fearing it could open the door to establishing legal liability.

The climate minister for the Maldives, which faces inundation from the climate-driven rise in sea levels, said the new EU offer had buoyed hopes among delegates from climate-vulnerable nations.

"As the lowest-lying country in the world, we are heartened by the goodwill in this room," Shauna Aminath said.

"On loss and damage, we welcome the interventions and openness and the will to forge an agreement," Aminath said. "We're very close to an agreement, and let's engage with one another and make this happen."

Hours before the EU's intervention, COP27 President Sameh Shoukry -- foreign minister of host country Egypt -- had told reporters that countries were "shying away from taking the difficult political decisions" on loss and damage.

The EU proposal offers a middle ground, but Timmermans stipulated that it should be met by countries agreeing to step up their ambition to slow climate change.

The conditions attached to the offer included that countries must agree to phase down all fossil fuels, and phase down unabated coal-fueled power generation as soon as possible -- with countries submitting progress reports to make sure this gets done.

The Alliance of Small Island States and the G77 club of 134 developing countries, who have both pushed for a new fund at COP27, were consulting on their response to the EU proposal.

"A lot of divergent views are still there. For us, the success of COP27 depends on what we get on loss and damage."

China and the United States have not responded publicly to the new proposal.

Timmermans' offer goes further than the United States has so far indicated it would be willing to go on loss and damage funding. Deals at COP27 must be made with support from all of the nearly 200 countries at the talks.

"The U.S. seems cornered," one observer in the negotiations said.

The U.N. climate agency also published a draft proposal for a loss and damage deal late on Thursday, but the three options laid out for delegates to consider did not yet reflect the EU proposal.

The first option suggests establishing a new fund for climate-vulnerable countries. The second posits delaying the decision on a fund until next year's COP28 summit. The third calls for deciding on funding arrangements at COP28, with no mention of a new fund.