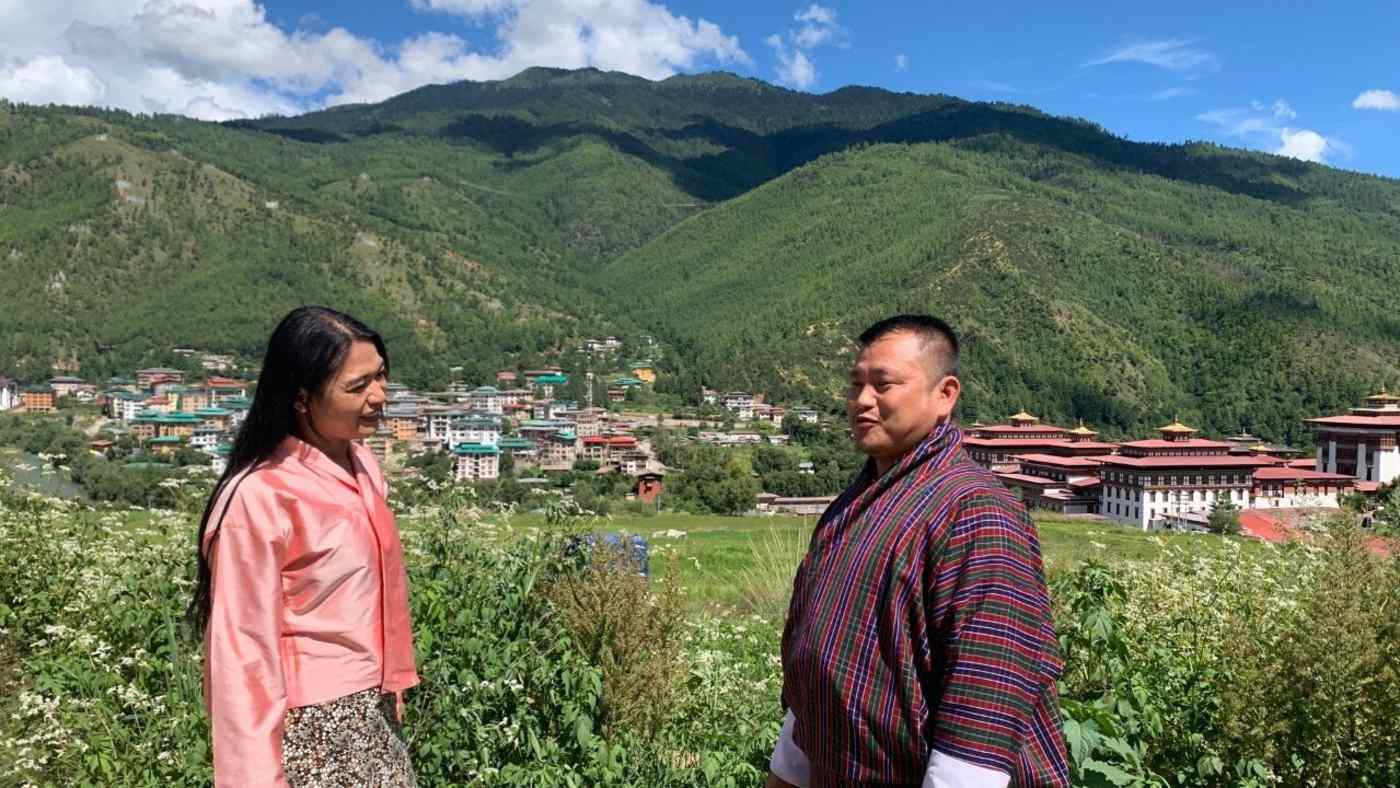 Bhutan's capital Thimphu has lots of greenery, even in the center of the city. (Photo by Moyuru Baba)
MOYURU BABA, Nikkei staff writerOctober 2, 2022 01:55 JST | Bhutan
CopyCopied

Nestled between China and India, Bhutan is home to around 800,000 people across an area a little smaller than Switzerland. Though Bhutan's economy depends heavily on tourism, the country sees its environment as an even greater priority.