China out front in global race to eliminate CO2 emissions 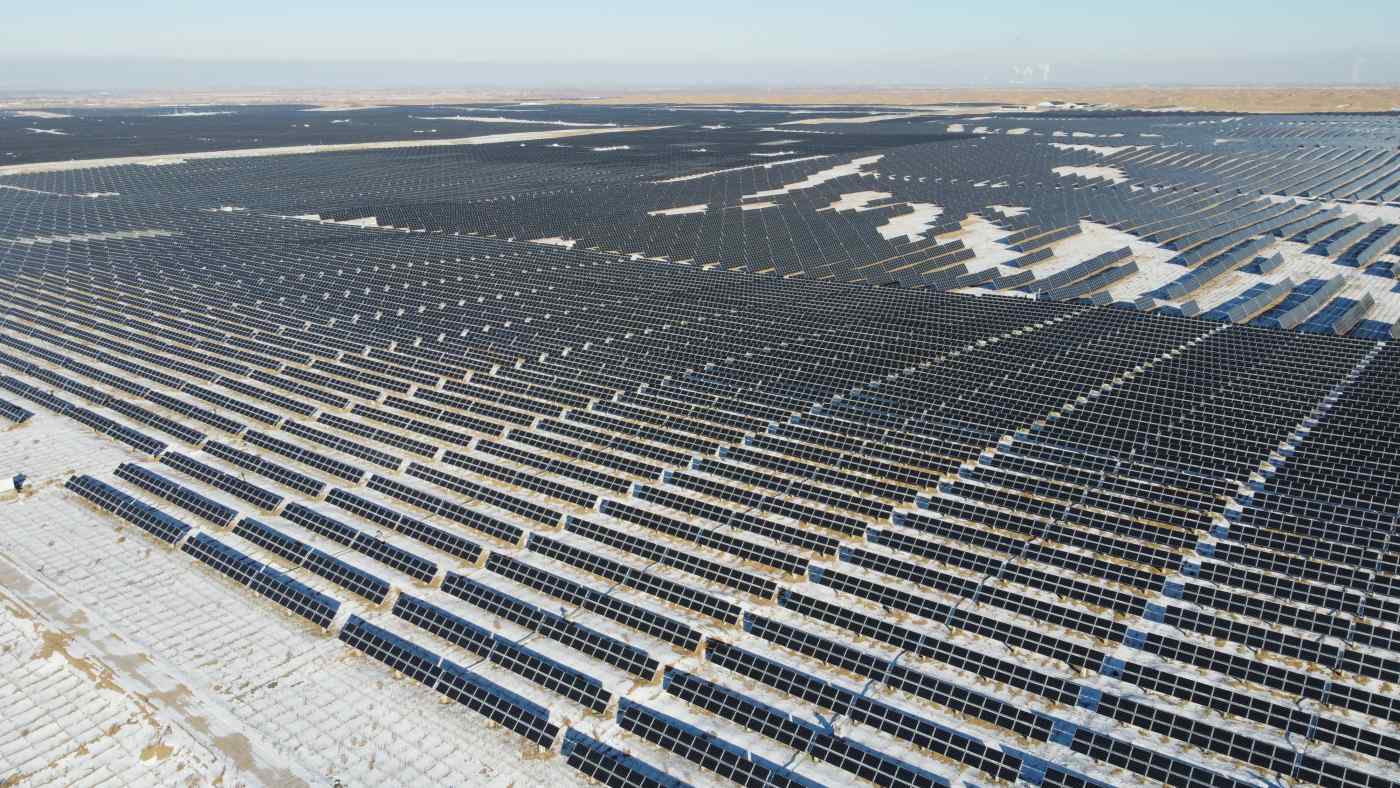 The Dalat solar power plant in the city of Ordos in the Chinese region of Inner Mongolia is shown on Dec. 7. (Photo by Yusuke Hinata)
Nikkei staff writersJanuary 1, 2021 11:30 JST | China
CopyCopied

TOKYO/GUANGZHOU -- The global race to decarbonize is underway. And China has already taken the lead.

The trend to eliminate carbon dioxide emissions will be the "fourth revolution" after ones in agriculture, industry and information, which all have turned the wheels of human history.

Prime Minister Yoshihide Suga has pledged that Japan will reduce its greenhouse gas emissions to net zero by 2050 and the country is now standing at the starting line of the multinational competition.

But it is China that stands in the most advantageous position. A total of 40% of the world's new solar power generation capacity is constructed there. And the country's share of global electricity generated by the sun has jumped from 2% in 2010 to 32% in 2018.

Further investment poured in when President Xi Jinping announced in September last year that China would reduce its CO2 emissions to net-zero by 2060, resulting in a shortage of glass to make solar panels. Six major Chinese panel companies petitioned the government to solve the shortage.

One typical example of Beijing's huge efforts in solar power generation can be seen in the city of Ordos in the Chinese region of Inner Mongolia. Dalat is one of China's biggest solar power projects. (Photo by Yusuke Hinata)

The Dalat solar power plant, located in the desert 700 km west of Beijing, is one of China's largest solar power facilities. It will cover an area of 67 sq. km and have an electricity generating capacity of 2,000 megawatts -- equivalent to two nuclear power plants -- when the project is completed.

The cost of electricity will be a little over 4 cents per kilowatt-hour, cheaper than that generated by most power plants fueled by coal or gas around the world.

The push to achieve a zero carbon economy is dramatically changing the world.

Nikkei calculated and compiled estimates by public institutions and universities in Japan, the U.S., the European Union, and China and learned that a zero carbon economy in the four economies requires a total of $82 trillion in investment in energy, transportation, industry and buildings between 2021 and 2050.

But that need is potentially a double-edged sword -- an opportunity for growth but also harboring a risk of falling behind in economic competitiveness.

In the global market for solar panels, for example, Chinese companies including JinkoSolar now dominate. But in 2013, Japanese solar panels were still competitive, at least in Japan, where they had a 70% share. But they gradually lost competitiveness as can be seen in figures for 2019 when imported products -- including from China -- accounted for 60% of the domestic market.

And that could happen again. The new emerging market for decarbonization could be dominated by China as its products can achieve price competitiveness given the country's huge domestic market which can lead to economies of scale in manufacturing.

Meanwhile, companies around the world are scrambling to develop new decarbonization technologies. 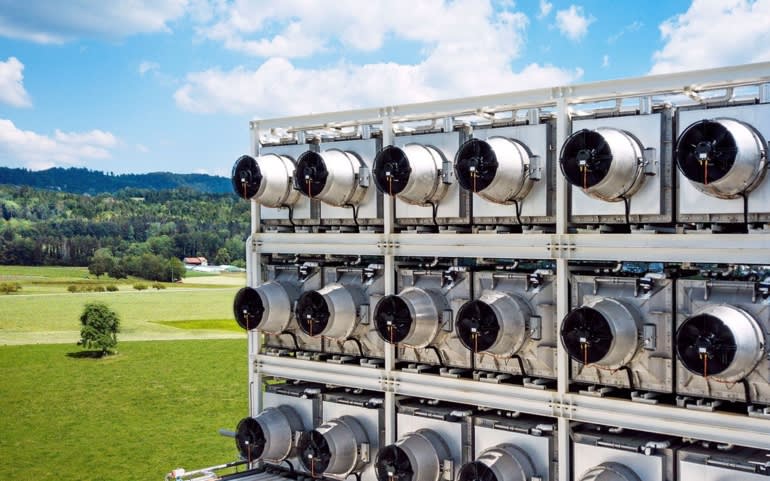 A facility to capture carbon directly from the air is being built in southwest Iceland's Hellisheidi and will be located next to a geothermal power plant.

In the spring, the facility will be equipped with dozens of intake fans, each about one meter in diameter. They will suck in CO2 from the atmosphere and turn it into rock 2,000 meters underground.

"This facility demonstrates that carbon dioxide removal on a large scale is both possible and necessary," said Jan Wurzbacher, director and founder of Climeworks, the Swiss company in charge of the project.

Japan, for its part, has the potential to contribute to decarbonization in terms of technology.

According to Astamuse, a Tokyo patent research company, Japan filed about 15,000 international patent applications related to decarbonization in 2018, 70% more than the second-ranked U.S. Japan has taken the top spot for 10 consecutive years since 2009. Sharp, for example, is developing new thin and light solar panels with more than 30% efficiency in converting sunlight into electricity. If the panel is placed on a plug-in hybrid vehicle, it could run 56 km a day. The goal is to create a vehicle that does not require gasoline or charging by a battery charger.

"We are aiming to make a car that can run on sunlight alone," said Tatsuya Takamoto, the Sharp general manager in charge of development for the panels. 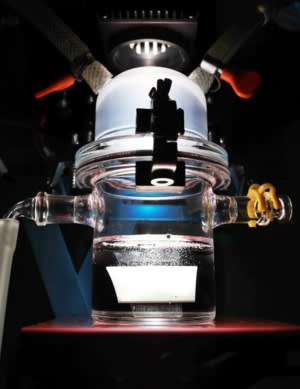 An "artificial photosynthesis" experiment was conducted at a Mitsubishi Chemical Corp. laboratory in Yokohama, Japan.

Separately, Mitsubishi Chemical Corp. is among a group of companies and universities jointly developing a new technology to create "artificial photosynthesis."

Plants naturally produce oxygen from CO2 and water but the group is trying to achieve the same result artificially by utilizing a catalyst that reacts with sunlight to resolve water into hydrogen and oxygen without the use of electricity. The hydrogen produced can be used to make raw materials for chemicals. The researchers believe it will be profitable in regions blessed with long hours of sunlight.

Several chemical manufacturers including Mitsubishi Chemical as well as academic institutions such as the University of Tokyo and Shinshu University are cooperating in the project. If panels coated with the catalyst are lined up, a de facto "hydrogen gas field" can be created.