New energy providers must consume less of the fossil fuel 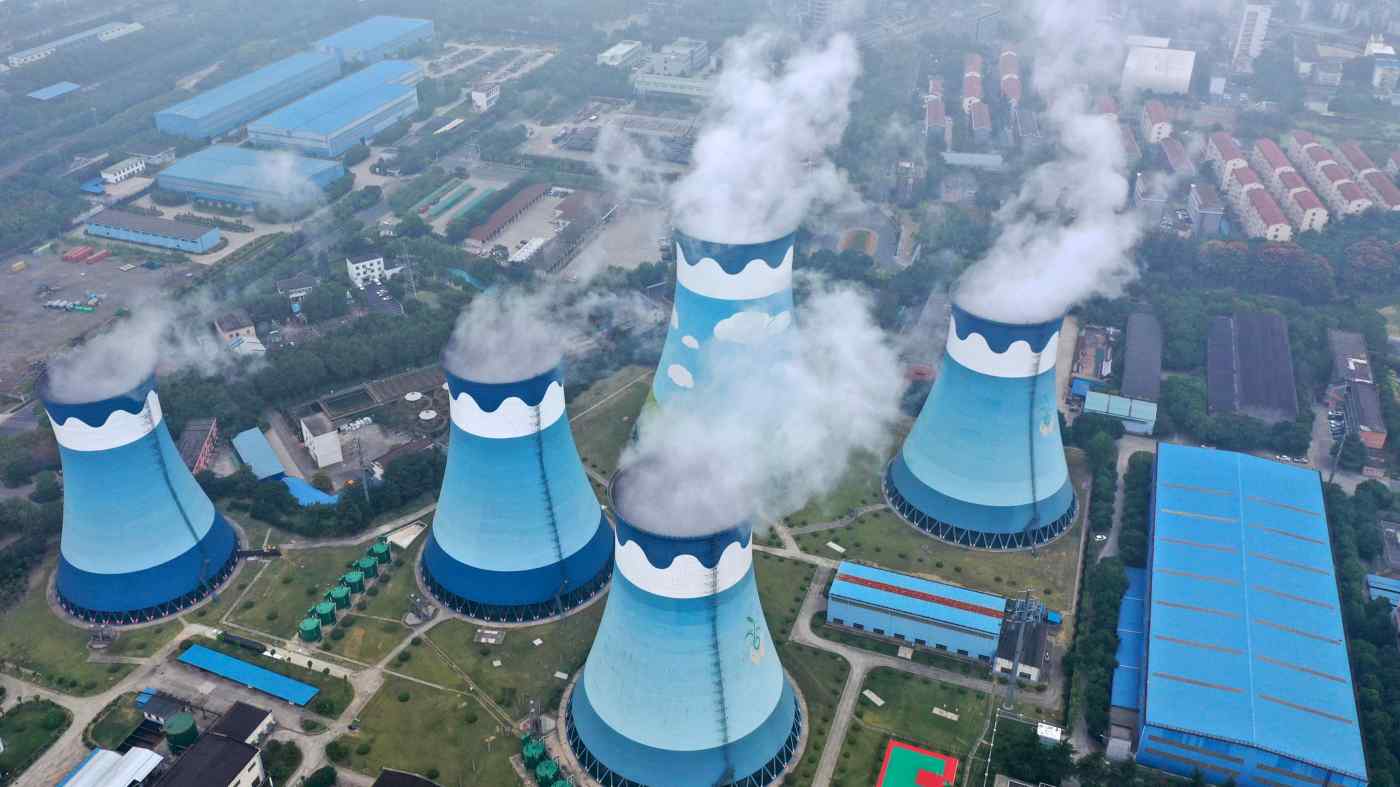 BEIJING (Reuters) -- China flagged on Wednesday it is targeting a 1.8% reduction in average coal use for electricity generation at power plants over the next five years, in a bid to lower greenhouse gas emissions.

The target, announced by China's economic planner, the National Development and Reform Commission (NDRC), comes as the world's top climate negotiators have gathered in Scotland for the COP26 climate talks. Average coal use for electricity generation in China fell by about 17.4% in the 15 years till 2020.

NDRC's statement did not refer to the U.N. event, which Chinese President Xi Jinping is not attending and offered no additional pledges in a written response.

By 2025, coal-fired power plants in China must adjust their consumption rate to an average of 300 grams of standard coal per kilowatt-hour (kWh), NDRC said on Wednesday. That compares to 305.5 grams per kWh in 2020.

"Further promoting the energy saving and consumption reduction at coal-fired power units is an effective means to improve energy efficiency and is of great significance for achieving carbon emission peak in the power industry," the NDRC said.

China, the world's biggest source of climate-warming greenhouse gases, has vowed to bring its carbon emissions to a peak before 2030 and to achieve carbon neutrality by 2060.

Carbon dioxide (CO2) emissions from the power generation and heating sectors account for more than 40% of total CO2 emissions in China.

Average coal use for power generation in China is down now compared with 370 grams per kWh in 2005.

"The reduction of coal use helped to cut 6.67 billion tonnes of CO2 emissions from the power sector in 2006-2020, or 36% of total emission reductions in the industry," NDRC said.

China's powerful NDRC is in charge of crafting policies on economic development for the country, with plans and orders issued by the agency expected to be carried out by local and regional authorities.

"China has built a lot of coal-fired projects and is very good at constructing coal plants and making them efficient, which means we have picked up pretty much all low hanging fruit of making existing coal feeds very efficient," said Li Shuo, senior climate adviser with Greenpeace in Beijing.

Further, power plants with average coal use above 300 grams per kWh that cannot be upgraded for energy efficiency improvement will be gradually shut down, NDRC said.

"The level of coal use is already set once it is launched, unless plants invest huge money to upgrade it. So China's average efficiency target could be slowed to achieve if there are no new units with higher efficiency continuing to join the power fleet," said Zhang Shuwei, a director at Draworld Energy Research Centre.

But Zhang also said that Chinese coal-fired power plants would welcome the government policy as reducing coal use would help lower input cost.

China's thermal coal prices surged nearly 190% this year, causing drastic losses at power plants and a widespread power outage, before Beijing rolled out a raft of measures to tame prices.

China is also aiming to upgrade 200 GW of coal-fired power plant capacity in 2021-2025 to give its power system, where an increasing portion of renewable energy is being used, the flexibility to switch sources.