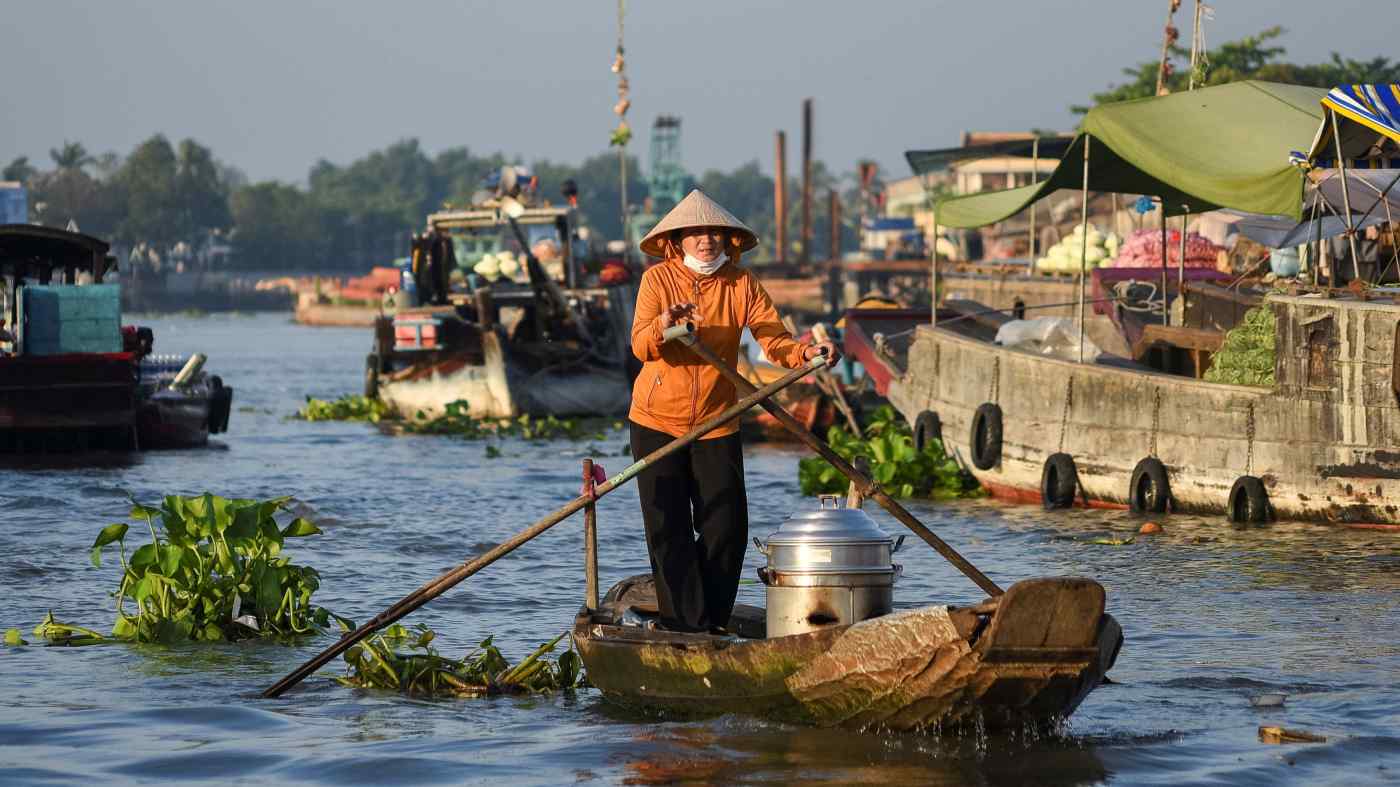 A food seller on the Mekong River: Vietnam's Mekong Delta could become a hotspot for out-migration due to climate change, the World Bank says.   © Reuters
September 14, 2021 04:50 JST | U.S.
CopyCopied

WASHINGTON (Reuters) -- Without immediate action to combat climate change, rising sea levels, water scarcity and declining crop productivity could force 216 million people to migrate within their own countries by 2050, the World Bank said in a new report on Monday.

The report, Groundswell 2.0, modeled the impacts of climate change on six regions, concluding that climate migration "hotspots" will emerge as soon as 2030 and intensify by 2050, hitting the poorest parts of the world hardest.

Sub-Saharan Africa alone would account for 86 million of the internal migrants, with 19 million more in North Africa, the report showed, while 40 million migrants were expected in South Asia and 49 million in East Asia and the Pacific.

Such movements will put significant stress on both sending and receiving areas, straining cities and urban centers and jeopardizing development gains, the report said.

For instance, sea-level rise threatens rice production, aquaculture and fisheries, which could create an out-migration hotspot in Vietnam's low-lying Mekong Delta. But the Red River Delta and central coast region, where those people are likely to flee, face their own threats, including severe storms.

Conflicts and health and economic crises such as those unleashed by the COVID-19 pandemic could compound the situation, the bank said. And the number of climate migrants could be much higher since the report does not cover most high-income countries, countries in the Middle East and small island states, or migration to other countries.

The report's authors say their findings should be seen as an urgent call to regional and national governments and the global community to act now to reduce greenhouse gases, close development gaps and restore ecosystems. Doing so, they said, could reduce that migration number by 80% to 44 million people.

"We're already locked into a certain amount of warming, so climate migration is a reality," said Kanta Kumari Rigaud, the bank's lead environment specialist and one of the report's co-authors. "We have to reduce or cut our greenhouse gases to meet the Paris target, because those climate impacts are going to escalate and increase the scale of climate migration."